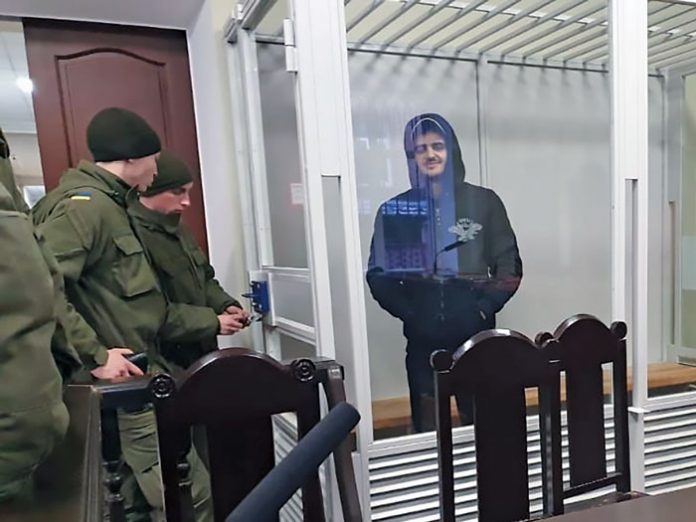 I picked up the phone on Motzaei Shabbos and received news no parent ever wants to hear, “Your son was arrested and is in prison.” Not just any prison, but a wretched Ukrainian prison over a thousand miles away.

In the blink of an eye, our world fell apart. It seemed unbelievable that only a short time ago, we were eagerly anticipating my son Neriah’s upcoming wedding, but now, instead of coordinating with florists and photographers, we are in constant contact with lawyers and government officials.

What happened was that about three weeks ago, in anticipation of his upcoming wedding, Neriah and his 18-year-old sister Emunah traveled to Ukraine to visit the kevarim of tzaddikim buried in the south of the country. It was Erev Shabbos, and they were on their way from the town of Breslov to Uman, where they planned to spend Shabbos at the tziyun of Rebbe Nachman.

My daughter told us that Neriah was driving along the rutted Ukrainian roads behind a large truck that obscured his vision of the road ahead. When he switched lanes to pass the truck, he saw another vehicle in his rearview mirror speeding toward them, also wanting to pass the truck. That driver apparently lost control of his car and hit him and other nearby vehicles, causing a deadly chain reaction of collisions. That driver was killed, and his wife, who was a passenger, was seriously injured.

Emunah recalls the car being hit, spinning out of control and stopping as it hit the guardrail. She remembers lying down on the side of the road because of a searing pain in her head and feeling too wobbly to move. She said that Neriah kept shouting for help, but no one stopped to see what was going on. Finally, nearly half an hour later, medics and police arrived to treat the victims and examine the scene of the accident. Emunah was treated at the scene and, baruch Hashem, released in good condition. Neriah was not as lucky. When the police arrived, they tested him to see if he was under the influence of alcohol or any illegal substances. Even though he came out clean, they accused him of causing the accident and arrested him.

Neriah spent Shabbos in a local jail in the city of Vinnytsia and was treated very harshly. The reason for the unwarranted excessive cruelty only became apparent to us later: the dead driver was the 64-year-old father of a local police officer.
My son-in-law is a travel agent with connections in Ukraine and had heard about the incident, but he didn’t tell us about it until after Shabbos because he didn’t want to worry us on Shabbos. After Havdalah, he phoned and informed us that Neriah and Emunah had been in an accident on Friday, but they were okay and uninjured. Then he told us that Neriah had been arrested for causing the accident.

Stunned and frightened, we did our best to get in touch with him, but to no avail. We reached out to some Breslover chasidim in Ukraine to see if they could pull some strings. Local chasidim confirmed that Neriah was being held in Vinnytsia, but he was not allowed any visitors.

The Israeli consulate got involved and hired a local lawyer. He informed us that Neriah was imprisoned with criminals who mocked him and tossed around his kippah. No kosher food was provided, and he wasn’t even permitted to leave the cell to get fresh air.

When he was finally taken to court, his remand was extended for two months, and he was charged with negligent homicide, which is a very serious offense and could lead to an eight-year prison sentence. He was then sent to a different prison on the other side of town, where we were finally allowed to contact him. My heart broke when he told us of the harsh conditions he had to endure. There were about five or six criminals with him in his cell. They all slept on mattresses on the floor. They had a bucket of water and a hole in the ground for sanitary purposes.

After a series of court appearances and the hiring of another lawyer, Neriah’s trial was scheduled to take place in about six months. We were very concerned about anti-Semitism and the fact that he might get hurt because he’s a Jew. It took a lot of effort to have him transferred to a better cell where he would not be in harm’s way.

Neriah had to stay in the small, damp, and chilly Ukrainian prison cell until we successfully lobbied the police to release him from prison and to place him, instead, under house arrest at Chabad’s Or Avner school in Vinnytsia, under the watch of the local shliach, Rabbi Shaul Horowitz. On the upper floor of the school are rooms, and there is also a mikvah for guests visiting the city. A security fence surrounds the Chabad compound and Chabad agreed to hire a guard, at their own expense, to make sure Neriah does not leave the premises. 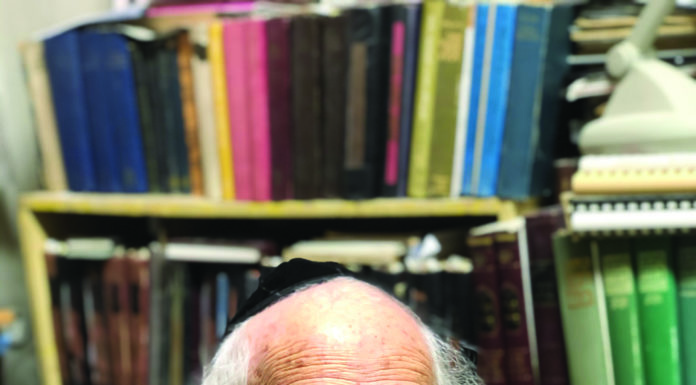