How much time has passed since we were last together?
How many Yomim Tovim, birthdays, vorts, tena’ims, sheva brachos, upsherins, brissen, vacht nachts and bar mitzvahs have we missed celebrating with each other?
We share facial features, flat feet, hair color, our mommy and tatty, bubbies and zeidies, a common history and even a sense of humor, yet we are living our lives as strangers.
Our children and grandchildren are missing the warm embrace of an extended family and its powerful web of love and fellowship.
Yes, we’ve had our grievances, but I am asking you to please put them aside; we can always deal with them later. Right now, I am hoping that we can tear down the wall we have built up between us before it’s too late. Shaindel is marrying off her first child next week, our oldest granddaughter. Esther, I am begging you, please come to the wedding!
One day, one of us may have to sit shivah for the other. If we continue on our current path, that shivah will be an especially sad and lonely time, sadder and lonelier than it should be. But most of all, it will be too late.

Hoping to see you,
Your sister Chana, who misses you terribly

Esther never responded to this letter, and a few months later she passed away from the coronavirus. As Chana had warned, by then it was too late.

Even as kids, Chana says that her sister was jealous of her because “she didn’t do so well in school and wasn’t too popular. Then later on, she had a difficult marriage. She was a very unhappy person, and much of her bitterness was directed at me. What made things worse was the way my parents dealt with it. They felt very sorry for her, so they always treated her with kid gloves. They didn’t make demands of her, nor did they encourage her to try to find happiness instead of wallowing in self-pity.

“When my parents moved to a new apartment, I left my job and family for a week to help them settle in. Esther was supposed to pick me up from the airport, but she never arrived. I waited for hours,” Chana recalls. “Esther had no real excuse, but my parents asked me not to say anything to her. They were always afraid to ruffle her feathers. I did my best to keep the peace in front of my parents.

“After they passed away, my sister and I drifted apart. I tried to keep our relationship going, but she never responded to any of my overtures. Even though she had always been hurtful to me, she was still my sister, and cutting me off like that really hurt. When I heard she was sick, I tried to contact her again, but she never responded. I am trying hard to have a relationship with her children, but unfortunately they have been poisoned against me.”

Having a sibling turn into a stranger seems contrary to human nature. We are wired to be close. After all, who knows us better than our own flesh and blood? Halachah acknowledges this bond by requiring a week of shivah after a sibling passes away.

“I don’t talk to anyone about what happened between me and Esther,” says Chana. “My story sounds too weird.”

Her response is not at all uncommon.

Cornell University sociologist and gerontologist Karl Pillemer explores this painful topic in his new book entitled Fault Lines: Fractured Families and How to Mend Them. His research reveals that such estrangements are often closely held secrets

“When revealed,” Pillemer writes, “[estrangement] implies failure, poor judgment and suspicious family secrets. It leads other people to wonder what’s wrong with you.”
“When my sister was alive and anyone asked me how she was doing, I would force myself to smile and say, ‘Baruch Hashem,’” Chana recalls. 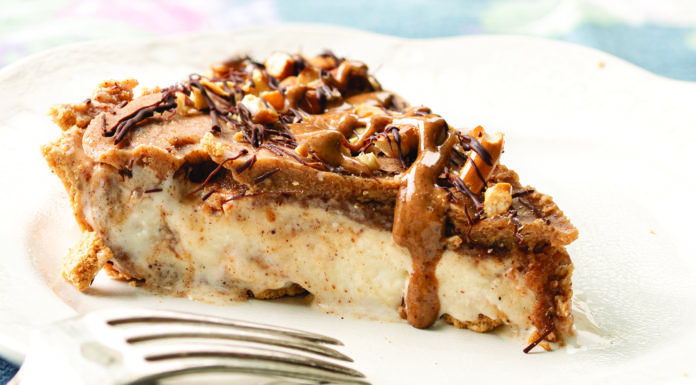 Purging the poisons // Our son needed to remain hydrated to...