Many Jewish organizations and news media outlets have been focused on the activities of anti-Semitic white supremacists, and some pundits even have accused President Donald Trump of encouraging such bigots. But in recent months, the most significant anti-Semitism in America actually has been emanating from a very different source: African-American intellectuals.

A number of America’s most prominent black thinkers, writers, and political activists are blaming Jews for the slave trade and climate change, accusing liberal Jewish organizations of being secretly racist, and publicly praising notorious anti-Semites such as the Rev. Louis Farrakhan, leader of the Nation of Islam movement.
It’s a startling trend that could reshape our understanding of contemporary anti-Semitism in America in the years ahead.

ROOTS OF BLACK ANTI-SEMITISM
American Jews have played a significant role in assisting the African-American community throughout the past century. Jews played a central part in creating the NAACP (in 1909) and similar organizations. Jewish philanthropists built more than 5,000 schools for rural African Americans from 1914 to 1932. And many thousands of Jews were active in the black civil rights movement of the 1950s and 1960s, including at least half of the movement’s volunteer attorneys.

Despite that record of Jewish assistance, a streak of anti-Semitism has always infected the African-American community, says Dr. Harold Brackman, a historian of Jewish-black relations and consultant to the Simon Wiesenthal Center.

Brackman told Ami that American Jews and blacks initially worked together in the struggle against racial oppression, but then black anti-Semitism emerged, as many African Americans “no longer want to play secondary roles to Jewish patrons and sponsors.”

Going back to the 1800s, black churches often propagated standard Protestant religious canards against Jews and Judaism. Early black folklore—which was popularized in the mainstream American black press—was filled with stories in which Jews appeared as thieves, liars, or economic exploiters.

Many widely-admired African-American figures in the early 1900s harbored hostility toward Jews. Educator Booker T. Washington, the most prominent black leader prior to World War I, was, according to his biographer, “full of misunderstandings about Jews”—even though Washington’s famous Tuskegee Institute had many Jewish financial backers.

Historian W.E.B. Du Bois, in his classic 1903 book Souls of Black Folk, railed against “shrewd and unscrupulous Russian Jews” who supposedly exploited black farmers in the South. Later in life, Du Bois would renounce his earlier anti-Semitism, but much damage was done in the meantime.

Author and speaker Marcus Garvey, leader of a Harlem-based black nationalist movement in the 1920s, admired the Nazis and blamed “the Jewish judge and the Jewish prosecutor” when he was convicted of mail fraud in 1923. Garvey often quoted from the notorious Protocols of the Elders of Zipon.

Such anti-Semitic rabble-rousing likely added fuel to the fire when riots exploded in Harlem in March 1935. Aroused by false rumors about the beating of a shoplifter, African-American mobs targeted Jewish stores as they rampaged through Harlem, smashing windows and looting. More than 200 stores were attacked during the night-long violence. 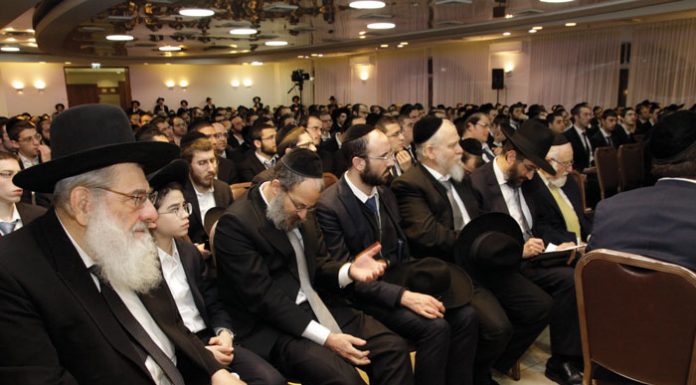 Turkey beats the french in Libya’s war // The U.N. dithers...