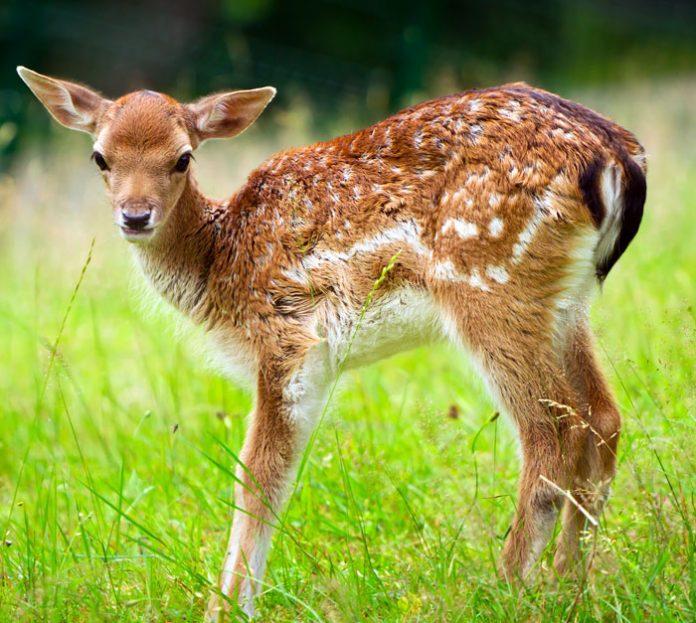 “There’s a tiny newborn curled up in front of our garage door.” My neighbor’s voice was awed, breathless.
“A what?” I was sure I’d misheard. Newborns abandoned at garage doors didn’t happen in our neighborhood.
“A gorgeous baby fawn,” Leah explained. “It’s so tiny and precious and just a few hours old. It can’t even walk or stand up or anything. Come see.”
By the time I arrived, a small crowd of children had gathered, pointing and exclaiming over the tender newborn, curled into a tight ball, lying with its small head resting on the garage door of a typical house in suburbia. Leah had noticed the deer early that morning, on her way to take out the trash.
“It’s such a sweet, sweet thing,” said my neighbor, a softie who couldn’t bear to squash a fly. “It’s been here since seven a.m. at least, maybe longer. I want to give it something to drink, a saucer of milk, perhaps.”
“Milk is for kittens,” I said. “I don’t really know what newborn fawns drink.”
“All newborn animals live on milk for the first few weeks of their life,” argued Shaindy, another neighbor. “Just pour some milk into a bowl and the deer will take a sip.”
“No, you need a medicine dropper,” argued her tenant. “The fawn is too tiny to drink on its own.”
As we argued, the tiny creature raised its head, looking about with terrified eyes. It was lonely, cold, and missed its mother. I just wanted to give it a hug, poor thing.
One of the children darted forward to pet the fawn, but Leah held her back.
“Wait. I’m not sure it’s a good idea to touch it. Maybe it has germs or something.” She shuddered.
“Why don’t we call Chaverim? They’ll tell us how to deal with it.”
This idea seemed to make the most sense. We waited, marveling at the newborn deer’s absolute perfection, and wondering about the circumstances that left it, abandoned, at my neighbor’s garage door. Was this little innocent baby condemned to starve to death? Would we need to feed and raise it to adulthood? Would its mother ever find her way back?
Leah was listening intently to the instructions on the phone, nodding with grim determination.
“Listen up, everyone,” she said, shooing the children away with uncharacteristic firmness. “No one, and I repeat, no one, is allowed to go near the fawn or feed it.”
“But it’s probably hungry,” argued her daughter, who had just emerged from the house with a bowl of milk. “It will die without food!”
“If we give it anything to eat, or touch it, even for a moment, this baby deer will die,” said Leah, “and I’m not exaggerating. The Chaverim dispatcher just told me that they get dozens of calls about abandoned baby fawns every day during the spring, which is the birthing season. It’s very common for the mother to give birth in the middle of the night, and abandon the baby in a safe spot. The mother then goes to forage for food and will return in a day or two. The baby fawn can survive without our help in the meantime.”
“But why can’t we feed it, just for the time being?” Shaindy was indignant.
“The dispatcher explained that deer have a very strong sense of smell. If the mother fawn comes back and senses that her baby was touched by a human, which makes the newborn vulnerable to predators, she will abandon the baby to die of hunger. But if no one touched the baby, the mother will come back to care for her baby and move it to a safe place.” 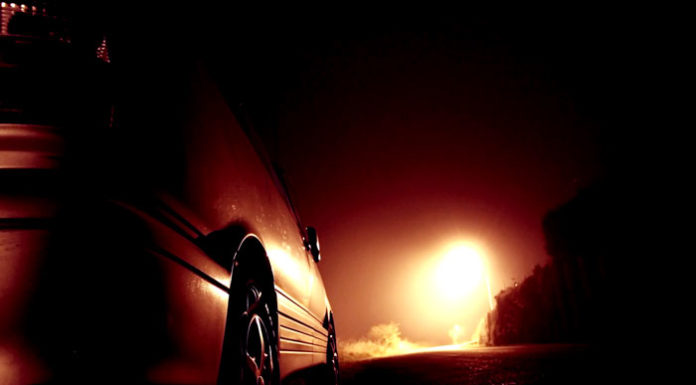 An Ounce of Prevention // Why it’s important to teach our...