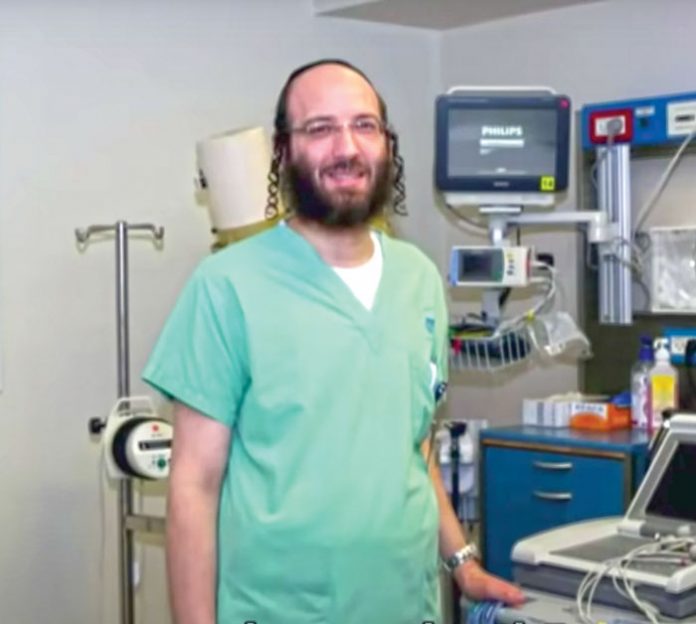 Bentzi Porges, a Belzer chasid from Bnei Brak and the father of six children, works as a nurse at Ichilov Hospital in Tel Aviv. He is accustomed to hearing all kinds of comments about his unusual vocation. Patients often see him and remark, “I want a real nurse, not some volunteer or a member of the chevrah kaddisha.”
After contracting the coronavirus as a result of his work, he realized that quarantining at home wasn’t an option; so he went into isolation at the Dan Panorama Hotel, where he and several other “guests” opened a clinic for its residents. Here is his story:
***
I am an emergency room nurse at Ichilov Hospital in Tel Aviv. When COVID-19 made its appearance in our region two weeks before Pesach (the virus arrived well after it had spread throughout Yerushalayim), our emergency room became a triage center. I was busy caring for seriously ill patients from morning until night. Although I was careful to be fully masked and gloved, it was inevitable that I would contract the virus. I got it from a nurse, who picked it up from a doctor. As soon as I experienced the first symptoms, a painful headache and general weakness, and even before I tested positive, I realized that I was a ticking time bomb. Given that apartments in Bnei Brak are typically congested and social distancing is nearly impossible, I would need to move away from my wife and young children for their safety. I took the test, which came back positive, and immediately packed my bags.
“You’re leaving me alone with six children before Pesach?” my wife asked incredulously. She couldn’t believe that I would actually do that. But I explained that we couldn’t risk anyone else becoming sick, chalilah. As a medical professional, I knew how deadly this virus could be. I explained to her that there was a war going on, and I was like a missile that had fallen directly on our house. We had to remove the danger. There was no choice.
Thankfully, I wasn’t sick enough to be hospitalized, so where could I go? There weren’t any hotels or guest houses open due to the outbreak. However, the luxurious Dan Panorama, a beachfront hotel in Tel Aviv, had been temporarily turned into a shelter for patients who tested positive and needed a place in which to quarantine themselves. Officials from the IDF Home Front Command, Magen David Adom and police had isolated and secured the hotel, setting up a special sterile area for this use.
I spent two weeks at the Dan Panorama. I had been very busy over the last few years, and had always wished that I had more time to study Torah. Well, my wish had now come true. I was zocheh to make a siyum on Maseches Brachos, learned Noam Elimelech and recited copious amounts of Tehillim.
All told, there were around 500 residents of the hotel with various stages of COVID-19. Some had minor symptoms or were asymptomatic, while others were weak and lethargic, struggling to breathe. It was very painful to watch.
Surprisingly, there were no doctors or other medical professionals in close proximity to the hotel, which was some distance from a hospital. When an urgent request came in for more oxygen or assistance in helping someone breathe, it would often take several hours for the overworked and understaffed employees of the local Kupat Cholim to show up—if they showed up at all.
It states in Pirkei Avos, “In a place where there are no men, be a man.” My medical training and desire to help others kicked in. How could a hotel catering to infected patients have no clinic on site? I knew it was time to take action. 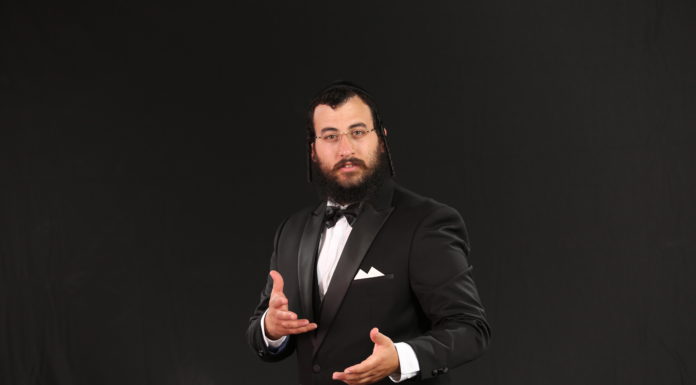 Who Knew About the Riots in Advance? // Why was the capitol left unprotected on January 6?

On the Spot and Off the Record // President Trump invites...