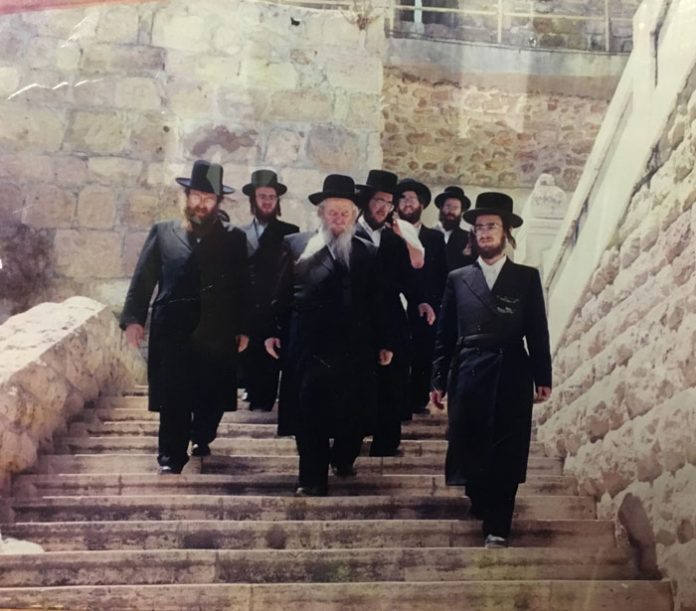 I was privileged to meet the Novominsker Rebbe, zt”l, about 25 years ago as a result of an unusual set of circumstances. At that time, I had written an article entitled “The Plight of the Older Single Girl,” addressing shidduch inequities that existed then and sadly, still exist today—and it had caused a bit of a ruckus. A few weeks after the article appeared, a stranger contacted me and asked if I would accompany a group of older single women to a meeting they had arranged with Rav Perlow. I was surprised by the invite but accepted gladly; apparently they saw me as some sort of advocate and I was ready to do or say anything that might possibly ease their matzav.

Outside the Novominkser Rebbe’s apartment house, I met up with a group of about ten middle-aged women, their faces drawn but determined. Many were well-regarded professionals, and several were baalos teshuvah whose dreams of becoming an integral part of klal Yisrael had vaporized along with their single status. Before we even entered the Rebbe’s chambers, I was already heartbroken. The women had come to appeal to the Rebbe for concrete help. No one was redting them shidduchim anymore as they were well into their 40s. Men their age were marrying women 10-15 years younger, so they could fulfill the mitzvah of “pru ur’vu.” I trembled at their predicament. What could the Rebbe possibly say or do that would result in a reversal of their fortunes?

The Rebbetzin, a”h, answered the door and greeted us with the expressive warmth for which she was renowned. She remembered me as a little girl who used to accompany my father Reb Laizer Halberstam, z”l, during his visits to Rav Perlow (not yet annointed as the Novominsker Rebbe) in Washington Heights. We all basked in her warmth, bathed by her radiant light. Some of the women had appeared apprehensive or dour when we first met, but embraced by the Rebbezin’s all-encompassing warmth, they were transformed into the luminous individuals they truly were, underneath the brittle layer of disappointment that formed on their surface. In the Rebbetzin’s presence, they shone. In each of us, she had already lit a candle.

We were ushered to the dining room, where we sat at a very long table. When the Rebbe entered, I gazed at him with unmasked curiosity. Throughout the decades, I had heard so many extraordinary songs of praise about him. I wondered if his face would serve as a mirror to his soul. Indeed, it did. His countenance was luminous, regal yet extremely gentle, warm and deeply compassionate. He approached the single women with great kavod habriyos, and respectfully asked how they would like to begin.
“We’ve all written our own personal statements about our matzav,” said one of the leaders of the group. “Is it all right with the Rebbe if we read them aloud?”
As each one recounted her pain, her predicament, her yearning to build a bayis ne’eman, it seemed as if the walls were closing in on me, and the room turned dark. Their stories were stark and intensely personal, and I felt as if I were a voyeur to their suffering. I watched each woman stand up to read her statement, and my gaze never strayed from their respective faces. I had not been looking at the Novominsker Rebbe during this time, only them. But suddenly, I heard a heart-wrenching groan and I turned towards its direction. At the head of the table, the Rebbe sat hunched, his hands clasped over his face, his body shuddering as if each personal statement from every single woman had delivered a series of hammerblows. Then he removed his hands from his face, and I saw that it was drenched with tears. They flowed from his eyes in streaming rivulets that didn’t subside. His entire body heaved with pain. I will never forget that scene, ever. 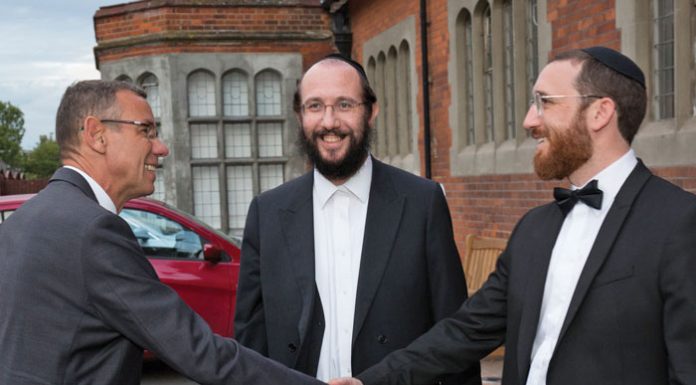 Hi-Tech Chareidim // Seeking investors in the UK for Israeli companies

The Governor Said No