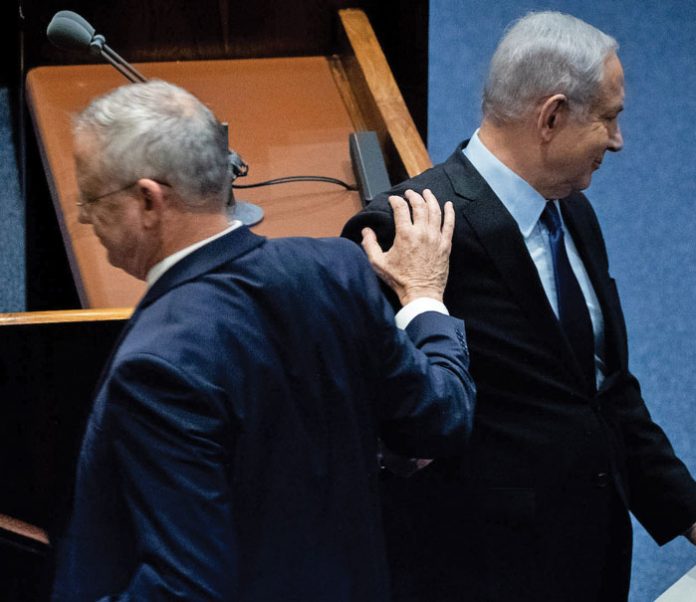 Though the national unity government, which started off with a significant limp, has for now succeeded in collaborating in the fight against the coronavirus, the relationship between the two prime ministers continues to deteriorate. This past Sunday, due to a microphone mistakenly left on during a cabinet meeting, everyone got to hear some of the tension between Netanyahu and Gantz.
The cabinet meeting began with the portion that is open to the media, with Netanyahu giving an opening statement, following which the media was instructed to leave the room. Gantz was visibly upset and turned to Asher Chayoun, Netanyahu’s chief of staff, to ask why he wasn’t given the opportunity to deliver an opening statement. Chayoun, not realizing that the mic was still on, whispered to Netanyahu that Gantz “wants to speak” to the media. Netanyahu replied that Gantz “should speak later. Not now.”
The incident caused much embarrassment, particularly because it was so public, and eventually Netanyahu’s team brought the media back into the room so Gantz could make a brief statement to them.
Throughout the rest of the cabinet meeting, the two men were both visibly on edge, and this was reflected in a public debate that broke out between them over the protests that were held outside Netanyahu’s residence last week, which ended in the arrests of some of the participants. Gantz defended the protestors, saying that “the freedom of demonstration, as far as I’m concerned, is a sacred right, and we have to make sure to uphold it.”
Netanyahu, against whom the protests were held by those who want to speak out against his alleged corruption, was unhappy with Gantz’s statement. He replied that “we are not against freedom of demonstration, but one side can’t claim the privilege of deciding that it is in favor of the rule of law and then trample it completely. The condemnation of law-breakers and illegal demonstrators should be equal across the political spectrum.”
After the disagreements at the cabinet meeting, and particularly because of the hot mic incident, both sides tried to calm things down, but that proved futile when a day later they got into another public debate, this time over a much more fundamental issue—the annexation plan. During a faction meeting of the Kachol Lavan party, Gantz said, “Any [major legislation] that is not connected to the issue of the coronavirus will have to wait until after the virus is gone.” He was quite clearly saying that he would oppose the annexation, which was originally slated for July 1.
A short time later, Netanyahu announced that Israel is still holding talks with the American team on the subject, but he made it clear that “the issue is not dependent on Kachol Lavan; they will not be the cause of one [course of action] or another.” 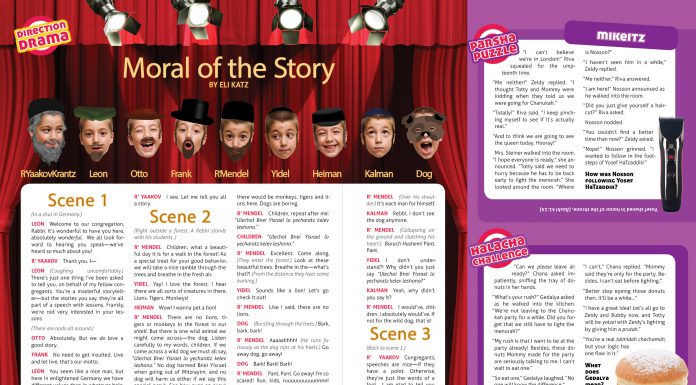 Moral of the Story

The Lone Savior of Lviv // With mesiras nefesh and loneliness,...