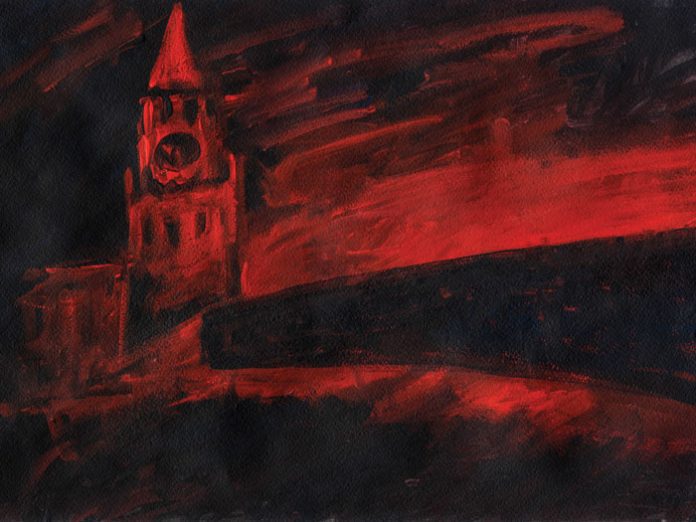 In my last article, I laid out the evidence suggesting that the Mueller investigation may have been the victim of disinformation planted on the CIA by the Russians. Putin’s motive in planting false information may have had less to do with muddling the Mueller report and more to do with planting poisoned bait to catch and murder the CIA’s network of spies inside the Kremlin.

Putin succeeded with both the muddle and the murder, leaving a lot of dead CIA assets in Moscow and confusing many in the media to the point of wondering whether the original Trump collusion story might have been planted by the Russians as the equivalent of an April Fool’s joke on the American press—the members of whom now look like complete idiots.

All right, it is after April Fool’s Day. The media is still waiting for Mueller’s four-pound penny to drop and tell what really happened. The nearly 400-page Mueller report still has not been released to the House Judiciary Committee, contrary to the usual practice. The entire report will probably be withheld from the public for several more decades.
In the interim, the media have been dissecting the release of a four- page letter that looks like an official Justice Department précis of the Mueller report. The letter may look like an official summary, but it isn’t, according to Bill Barr, the AG who wrote it. It is just a letter, not a summary.

Just a Four-Page Letter
Barr’s letter looked like a summary duck and quacked like a summary duck, but it was only a goose egg of a summary. Any official Justice Department summary of the Mueller report would have to be objective, fair and accurate. Barr’s misleading letter is none of that, not even close. If Barr’s letter was a stock prospectus, the Justice Department would have had to prosecute him for filing a fraudulent corporate document.
But guys, it was only a letter, say the AG’s defenders in the GOP. Just give him more time and Barr will finish redacting the Mueller report so everyone can see for themselves.

Yes, just when farm animals finally learn how to fly, I suspect. First there is the classified material, which can be redacted for 30 years. Then there are the grand jury transcripts, which are rarely released even after three or four decades.

Then there are those pesky derogatory statements about Trump scattered throughout the Mueller report. They can all be stricken. Since Barr has now declared Trump innocent of the obstruction charge as well as any collusion, Barr could legally redact any derogatory evidence concerning Trump because of the DOJ policy that innocent people should be protected from any negative publicity in a Justice Department report. Ask Hillary how well that protection worked for her. It seems redaction is only for Republicans.

In the skeptical eyes of the media, Barr appears to have further lowered the ethical bar of this administration by presenting an inaccurate and deceptive political propaganda letter as if it were a Justice Department announcement of the verdict in a criminal case. For a full week’s news cycle, the Barr letter enabled President Trump to claim that the Mueller report “completely exonerated” him on all counts: no collusion and no obstruction.

A week later, and the media are now wondering if there is anything true at all in the Barr letter. The AG is frantically trying to walk the cat back before the truth about his deceptive missive emerges. The reason for Barr’s backpedaling is obvious. A handful of Mueller investigators are starting to leak what they know about his letter-that-is-not-a-summary.

The most powerful form of lying is omission. The Mueller leakers have told The New York Times that the attorney general’s letter omitted an awful lot of Mueller’s fact-finding. They suspect that the AG intends to keep what Mueller really found out about Trump under permanent wraps because some of the evidence is not quite what you would call “exculpatory.”

In fact, some of the Mueller report’s fact-finding is described by Mueller’s staff as “quite derogatory” to President Trump.

Yeah, Barr will happily release derogatory information about Trump to the public as soon as the farm animals return from their flight. Remember that Barr once asked the White House if he could serve as Trump’s private counsel to defend the president against the Mueller investigation.

Whipped Coffee //Make it yourself at home