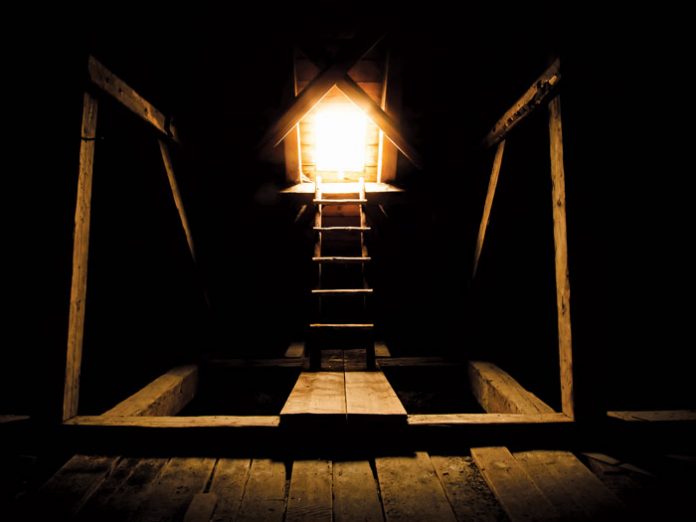 “Can you please put the suitcases in the attic?” I asked my husband as I removed the last article of clothing from the valise I was emptying and zipped it shut. Going away for Shabbos was always fun, but unpacking afterwards was not. Somehow the laundry always doubled when the family went away, and I found that if I didn’t unpack right away I spent the whole week trying to catch my breath.

“Sure,” my husband replied. “I’m just going to check if we got any mail over the weekend.”
While he was gone, I threw a load in the washer and put away the various odds and ends. My husband returned a half hour later, no doubt having met a neighbor at the mailbox. He headed upstairs.

“Don’t forget the suitcases,” I called after him.

Ten minutes later I checked and saw that they were still in the hallway. I gritted my teeth. The nicest word that can be used to describe my apartment is “cozy.” In other words, finding room for everything in the house is a lot like playing Tetris. The only way we can actually live there without losing ourselves among our possessions is because of the attic. That’s where everything that isn’t being used at the present moment is stored. But I never go up there myself. The musty old attic, which is only accessible by a trap door on the ceiling that springs open to reveal a rickety staircase, totally freaks me out. It is an inviolable rule in our house that the attic is my husband’s domain.

I found him in the bedroom getting ready for bed. “The suitcases,” I said.
My husband yawned. “I’m tired. If you don’t mind, I’ll get to it tomorrow.”

I did mind, but I said I didn’t. I awoke the next morning to the sounds of my baby crying in his bedroom. I groggily climbed out of bed and headed for his room and almost killed myself when I tripped over a travel case. The suitcases! They were in the exact same spot as the night before. The hallway barely had enough room for one person, let alone a couple of suitcases. I angrily shoved them to the side and went to get my crying baby.

“I’ll do it later,” my husband said at lunchtime.

My husband raised an eyebrow.

“Fine, maybe not the whole house,” I corrected myself. “But the entire hallway.”

“I’ll get it done eventually,” my husband reassured me.

The suitcases stayed in the hallway all day, and every time I noticed them my blood pressure went up. It wasn’t the suitcases per se that irritated me; it was what they represented: inconsideration. My husband knew that I wanted them stored away. How long would it take to bring them up to the attic? Yet 24 hours later he still hadn’t done so, despite numerous requests. 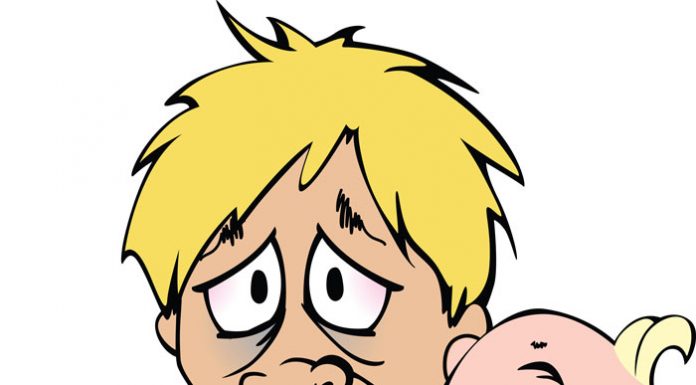