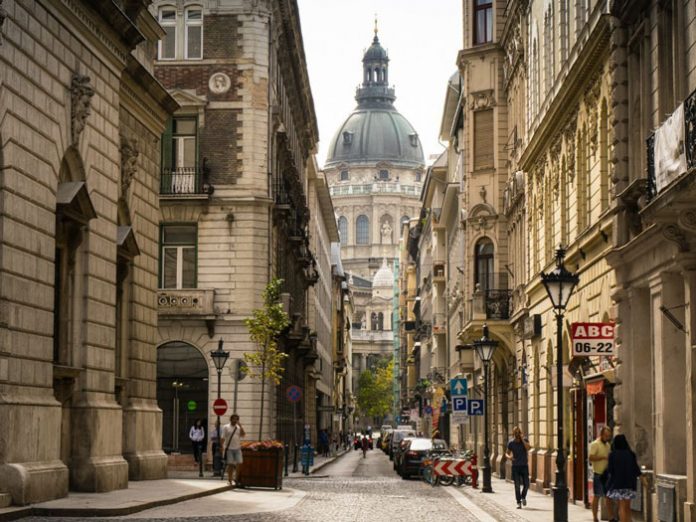 After the Holocaust, Esther Bleier, a young mother of two children, was the only surviving child of the legendary Rav Yonasan Steif, whose 61st yahrtzeit will be marked next week on 9 Elul. Her only sibling, an older brother, had been killed in Auschwitz, leaving two children.

“For as long as I can remember I was always by my parents’ side. I never left them—not in Hungary, not in Bergen-Belsen, Switzerland or America. I was always there to help and care for them until they passed away. It was a great zechus that I never took for granted.”
Mrs. Bleier’s father, Rav Yonasan Steif, was a gadol in both prewar Europe and the postwar generation, having been instrumental in helping to transplant many of his European brethren onto American soil. Although an immigrant himself, he worked tirelessly to help his fellow refugees who were streaming into the United States after the devastation.

Rav Steif served as the dayan and rav of Budapest from 1922 until his escape from the Nazis to Switzerland on the Kastner train in 1944. Once there, he founded a yeshivah and was marbitz Torah until his immigration to the United States in 1947. After his arrival in Williamsburg he became rav of Kahal Adas Yereim Vien, and served for ten years in that capacity until his untimely petirah in 1958. Despite being respected and recognized as a gadol b’Yisrael and a giant in Torah by the gedolei hador of his times—the Satmar Rebbe, Rav Aharon Kotler, Rav Moshe Feinstein, Rav Yaakov Kamentsky, Rav Michoel Ber Weissmandl, the Skverer Rebbe, Rav Yaakov Yosef and many more too numerous to mention—in his extreme humility he didn’t want to be called Rav but simply Reb Yonasan.
His daughter, Mrs. Esther Bleier, the matriarch of five generations including 350 grandchildren and great-grandchildren, has just celebrated her 100th birthday. The story of her life is one of survival, endurance, hope and love. I recently met with her in order to hear her story firsthand.

When I walked into her immaculate house I was immediately struck by its size, elegance and unique style of furnishings. Mrs. Bleier, a petite woman impeccably dressed in a black knit suit, greeted me warmly. Her perfectly coiffed and stylish sheitel only added to her regal presence. Her face was lightly but artfully made up to compliment her delicate features.

Throughout our conversation, her smile never left her face. She exudes an indomitable spirit and simchas hachaim. She is articulate, gracious and very intelligent. In the course of our conversation she took me back a full century, to a world that has been lost to the sands of time.

“I was born in 1919, 15 years after my older brother. After my brother’s birth my mother was very sick for two years and was told that she would not be able to have any more children. So I was the miracle baby, and I received all the attention and love of a princess. Yes, I was spoiled.”

The Steif family lived Budapest. It was a beautiful, thriving city known for its grace, architecture, culture, blue cobalt china and lace curtains. Over 200,000 Jews called Budapest home, and many of them played a prominent role in the city.

“My father became dayan of Budapest in 1922. We lived in a lovely spacious seven-room apartment. We were comfortable financially, and had a lot of domestic help. The main room, the sefarim shtieb, was very large and was lined with sefarim. There was a huge table that could seat 24 people. That was the room where my father spent his entire day, and where I played in the corner as a child. He would meet with people, give shiurim, answer shailos and kashrus questions, help people seeking advice, deal with shalom bayis problems and conduct dinei Torah. People were constantly coming and going at all hours.

The Most Natural // Thing I tried to inspire her, but it seemed that I failed

SEE ME // Born into Darkness, Batya Miryam forges her own path of light...