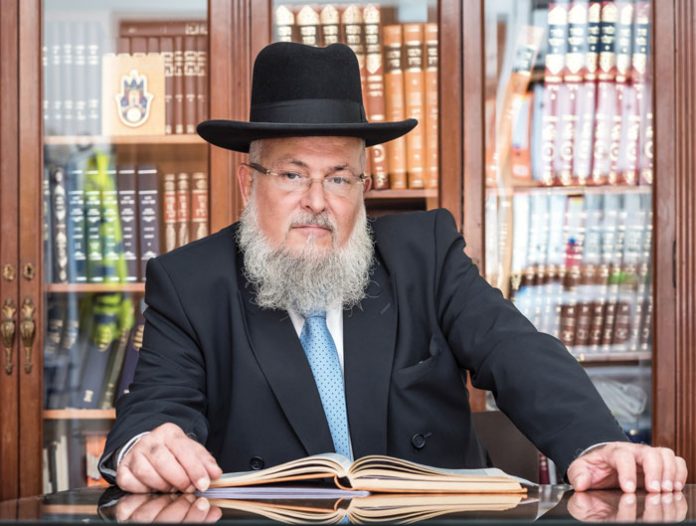 In a western neighborhood of Barcelona, on the quiet Carrer de l’Avenir, a line of safety poles is situated along the narrow sidewalk, preventing cars from parking close to the building alongside it. Security posts like these can be found almost everywhere in Europe at the location of Jewish institutions. The intention is to keep car bombs away.

The building itself is white and tall, hidden behind green iron gates, and watched over by a series of security cameras. Behind the gate, an armed security guard observes the comings and goings of visitors to the building. Today, due to the current situation, additional police officers and soldiers are patrolling the street. They closely scrutinize every passerby and car on the street.

This is the home of the Jewish community center of Barcelona. This building contains a spacious shul, the community offices, a kosher grocery and classrooms for daily Torah studies. The tension surrounding the city can be very much felt here in the heart of Jewish Barcelona.

No more than a ten-minute drive down the street, the road opens up onto Plaça de Catalunya, a huge public square, filled with trees, walkways and elaborate water fountains. The lively, busy square lies at an intersection connecting the medieval part of the Catalonian capital with the newer and modern parts. From here, the wide, tree-lined boulevard of La Rambla runs down to the coast, flanked by luxury shops, architectural masterpieces, stunning mansions, art galleries, the opera house, food markets and many more attractions. Many of the treasures of the city are concentrated around it, and La Rambla is full of people 24 hours a day—locals as well as tourists from all over the world. It was these tourists whom Moroccan-born jihadist Younas Abuyaaqub, a follower of ISIS, targeted as he drove a stolen vehicle at 5 p.m. last Thursday from the square and headed towards the boulevard, embarking on his deadly mission.

He sped out of the ring of traffic around the Plaça de Catalunya towards the strolling crowd that was walking peacefully on La Rambla, driving onto the pavement, violently crushing men, women and children under the wheels of his car, killing at least 13 innocent people and injuring over 100 more.

At the same time, while the Islamic madman began his murderous attack, Rabbi Meir Bar-Hen, the chief rabbi of the city, was sitting in his office in the community center preparing the drashah he planned to deliver on the coming Shabbos, unaware of the flurry of activity taking place not far from where he was sitting. Suddenly the phone rang. “It was my brother in Israel,” recalls Rabbi Bar-Hen. “He asked me if I was okay, if everyone was all right. I didn’t know what he was talking about. He was the first person to tell me what was happening in the city. He told me to turn on the news, that there was a terrorist attack taking place in Barcelona, and that the terrorist escaped and was being chased.

“I turned on the news and found out that there was a great commotion in the city. Then I realized that from outside the window I could here the distant sounds of ambulances and police sirens. I contacted our security personnel and called the local police to see what we had to do. They ordered us to close the offices and evacuate the building, so that is what we did. We locked and secured the building as police officers arrived as an added precaution. Then I got into my car and drove to the center of the city to see if there were any Jews who needed my help.”

When the rabbi arrived at the scene, he encountered what he called “a big balagan.” He saw policemen with their guns out, patrol cars and ambulances racing down the streets and helicopters circling in the air. But no one knew exactly what was happening, or whether the terrorists had been captured or shot. 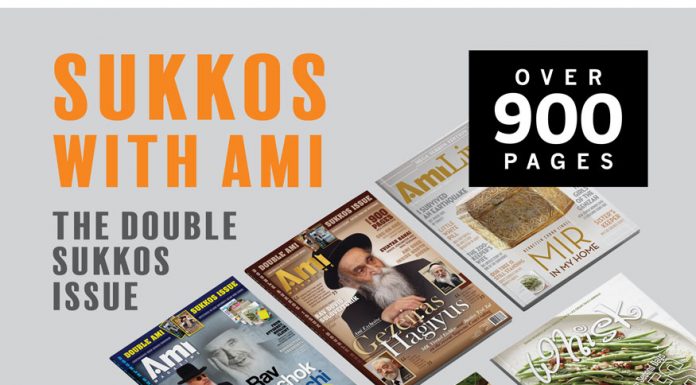 Can You At Least Tell Me Why? // Shadchanim Tell Their Side of the...

Miami Tragedy // Survivors And Volunteers Describe Scenes Of Horror And...