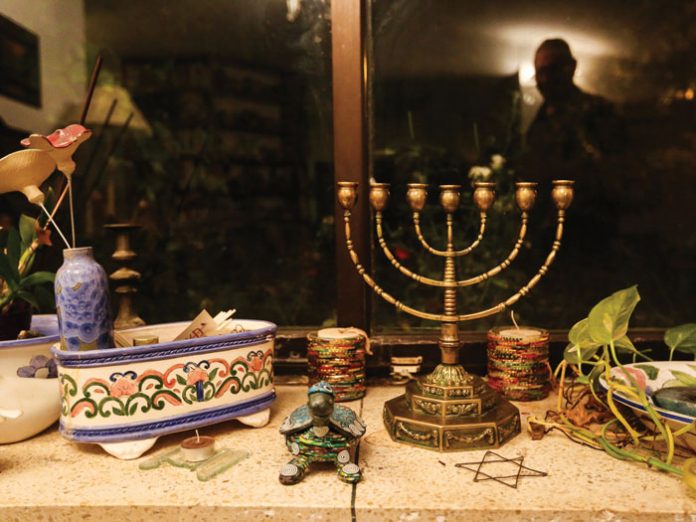 Lt. Col. Gur Aryeh Palter is a battle-hardened man, a senior member of the Israeli Air Force. He has seen a thing or two in his 80 years. He dropped bombs behind enemy lines in the War of Attrition, fought in the Sinai Desert during the Six-Day War and was captured by the Egyptians in the Yom Kippur War. In fact, he is the most senior Israeli officer ever to be taken captive by enemy forces.

He received an old-fashioned Yekke education in a German home that taught him not to get excited, to take things rationally, everything in moderation. But this Chanukah, as he shows me the menorah that he will use to light the Chanukah candles, his hands tremble, his voice rises with excitement, and his eyes well up with tears.

“This is the first time I will light candles in this chanukiah,” he says. “How can I not be excited?”

The menorah in question is a magnificent brass lamp with a green patina, whose branches and cup holders are artistically decorated with a great attention to detail. The menorah sits on a hexagonal base, and holds large glass cups that will hold the olive oil. This menorah is more precious to Guri Palter than anything else. It is the only physical memory he has of his family that perished in the Holocaust, but only now, almost 80 years later, did the menorah return to his family so that Guri can light it on Chanukah.

The story behind the chanukiah is complicated and fascinating and brings together Chanukah and the 80th anniversary of Kristallnacht in 1938, when Guri was born. It began with a telephone call from a remote town in Germany.

Gur Aryeh, known as Guri, was born on Kibbutz Givat Brenner to his parents Kurt and Leah Palter in 1938. Guri always knew that both his father and mother had emigrated from Germany. But that was all; there was no other family to know about. He never knew his grandparents or other family members who lived in Germany; they disappeared in the fires of the Holocaust.

“I knew that my father, Kurt, was born in Germany; I knew that his parents’ names were Rafael and Alma Peltauer,” he recalls. “He was saved from the fate of the rest of his family because he decided to immigrate to Eretz Yisrael back in 1934, after he received what he used to say was ‘a gift from the Nazis.’ I later learned that it was more than ‘a gift.’”

As Guri later learned, his grandparents were wealthy and influential members of the Jewish community of the town of Osnabrück in western Germany. The family was one of the oldest Jewish families in Germany, with its lineage dating back to the 15th century. The patriarch of the family owned a chain of stores and a garage in a town not far from Düsseldorf.

Though a relatively small city, Osnabrück was home to a well-established Jewish community, with a beautiful old shul and another newer one. Rafael Peltauer was one of the leaders of the community and also served in a senior position in the local municipality. 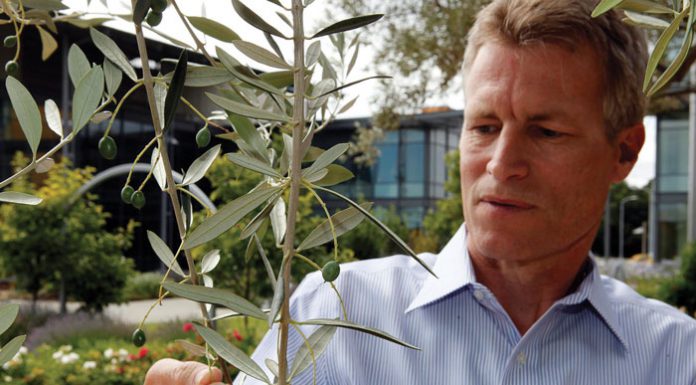