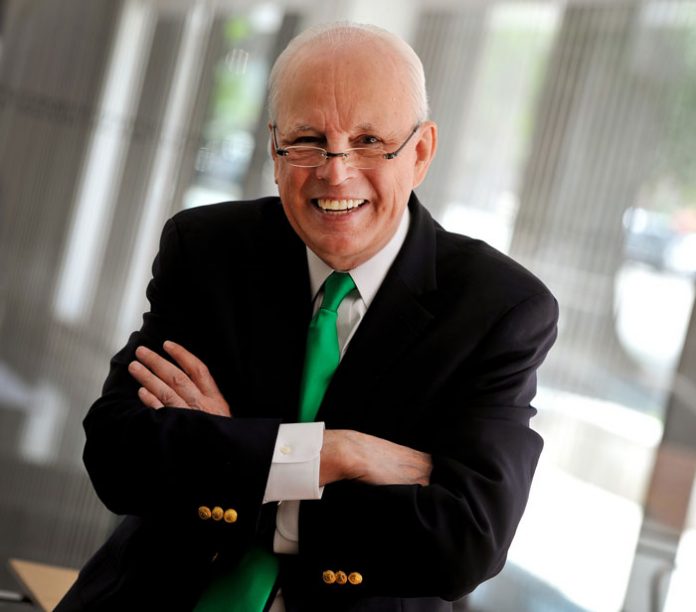 Nowadays, John W. Dean III is no longer the boyish-looking, horn-rimmed 34-year-old who mesmerized the world with his dramatic testimony before the Senate Watergate Committee in June 1973 about President Nixon’s direct involvement in the cover-up, stirringly recounting how he had told Nixon that the plot had become a “cancer on the presidency.” At 78, he seems more professorial, but he is just as determined to call attention to any abuses of presidential power.

After attending law school at Georgetown University, Mr. Dean was recruited at the age of 32, in July 1970, to become White House counsel to the President—and it didn’t take long for him to detect corruption. It started with minor abuses of power, such as directing the IRS to audit people who had annoyed Nixon, and then grew worse with the June 1972 break-in at the Democratic National Committee headquarters at the Watergate Hotel and office complex. Although a Nixon adviser had approved the incident to be carried out by five burglars, after they were caught the administration tried to cover it up by destroying records, committing perjury and paying hush money. As the investigation intensified, Dean, whom the White House called the cover-up’s “mastermind,” cooperated with the Senate committee and was fired in April 1973.

Dean’s accusations were largely substantiated when secret White House tape recordings that been made by President Nixon (disclosed in testimony by Alexander Butterfield on July 16, 1973) were subpoenaed and analyzed. On August 9, 1974, in light of his loss of political support and the near-certainty that he would be impeached and removed from office, President Nixon resigned.

Many administration officials were implicated by Dean’s testimony, including himself, regarding their efforts to block the investigation into the burglars’ connections to the White House, and he was charged with obstruction of justice. He served four months at Fort Holabird, a former Army base in Baltimore, and was disbarred from practicing law in Virginia and the District of Columbia.

Nonetheless, he went on to become an investment banker, lecturer and bestselling author. He chronicled his White House experiences in the memoir Blind Ambition (1976), which spent six months on The New York Times best seller list, and Lost Honor (1982). Dean currently lives in Beverly Hills, California, from where he has been sounding the alarm against Trump and pointing out the similarities between the present occupant of the White House and the President he served. Like Nixon, Trump is also enmeshed in a scandal involving an attempt to infiltrate the Democratic Party and influence an election.
I spoke to Mr. Dean last Thursday.

Did you ever think there would be a repeat of something so similar to Watergate in our lifetime?
I certainly did not.

Do you think that we haven’t learned any lessons from Watergate?
I think we’ve learned some lessons, but not all of them.

What are the few lessons we learned?
If you look at what happened in its aftermath we experienced something that is referred to as the “post-Watergate morality,” everything from campaign finance reform to a serious study of ethics in governmental law. There were others as well, but those are the key examples. The only one that seems to have lasted is the increased awareness of the need for ethics in the practice of law. A lot of lawyers and bar associations took it seriously. Otherwise, many of the other reforms have gone by the wayside for various reasons, and not always nefarious ones. For example, campaign finance law changed because of the Supreme Court decision in Buckley v. Valeo, which ruled that money is a form of speech and pretty much destroyed the post-Watergate campaign reform.

My Sister’s Children // They needed us, but what would happen to their relationship with their parents?

A Jewish Gathering in Mexico // A conversation with Rav Yehoshua...