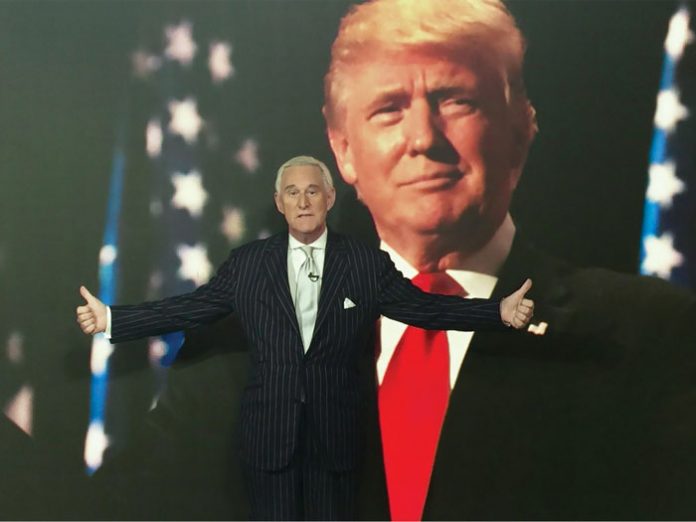 I have always praised Trump when he does something right, but I have to admit that I have generally been less than sympathetic.

I realized that I was not making enough of an attempt to see things through Trump’s point of view, and that was my failing as a journalist. My duty is to look at issues from both sides, and then tell the truth: Let the chips fall where they may.

I tried to imagine how the world looks through Trump’s eyes, and what might motivate him to do the things he does. It is often said that presidents are prisoners in the White House. They depend on others to tell them the truth about the outside world. What if Trump’s closest friends and advisers lied to him about Russian collusion and he believed them.

A circle of betrayal by trusted advisers could explain why Trump would consistently reject the American intelligence community’s unanimous assessment that Russia interfered with the 2016 election to defeat Clinton and help Trump. Even more narrowly, did this same circle of advisers convince Trump that he should accept Putin’s word that Russia never meddled in the election at all?

President Trump may be a bit vain, but he is not stupid. He recalls what US intelligence has told him; he just does not believe it. Why not? Perhaps because his oldest and best friend, Roger Stone, has told him time and time again that there was no Russian collusion, no Russian meddling, that there is still not a single shred of evidence that can prove it ever took place. What if Stone was lying?

To Trump, Roger Stone is a true believer. Even after the indictment of Russian agents, Stone continued to insist that the intelligence community simply had no proof that anyone colluded with Russia to help Trump’s election. Stone admitted that he had not studied the indictment, but on the morning it came out, he flatly denied that he or anyone else in the campaign had any involvement with the Russians whatsoever.

Roger Stone has previously sworn under oath before Congress that he personally never met with any Russians, and never knowingly corresponded with any Russians. He had a “benign” email correspondence with a Romanian person who called himself Guccifer 2.0. He swore, in essence, that charges of Russian collusion and meddling were a hoax, a witch hunt, probably a scam by the Democratic Party to overturn the election results.

Stone’s sworn testimony must have all sounded quite reasonable to President Trump, who has often turned to close and trusted friends for advice on how to interpret the overwhelming and conflicting streams of information that land upon every president’s desk every day.

President Trump has known Roger Stone for more than 40 years, longer than any other of his trusted advisers. Stone may be the very last best friend still standing as Trump’s more recently acquired friends and trusted advisers have turned on him.
Trump only met his personal counsel Michael Cohen 12 years ago. Some trusted friend Cohen turned out to be. Cohen has been secretly taping his conversations with Trump, and the tapes have somehow ended up in the possession of the Special Counsel.

Trump knew his campaign chairman, Paul Manafort, for even less time than he knew Cohen. Manafort secretly owed millions to the Russians whom he tried to pay off by hiring a GRU translator as Trump’s personal representative to lobby the Republican Convention to water down their Russian sanctions plank. Trump had no idea about Manafort’s corrupt ties to the Russians.

Manafort has now been indicted for bank fraud for extorting personal loans in return for Manafort’s help with jobs on the transition team or the White House staff. To Trump’s credit, he fired Manafort and no one he recommended ever got a job.

But still, with friends like Cohen and Manafort, who needs enemies? Well, at least Trump has his oldest friend, Roger Stone, to rely on for his trusted advice and counsel.

Persecution for Pesach // A Jewish Worker Heads To The Supreme...

A Bad Month for the Saudis // Why they really can’t...