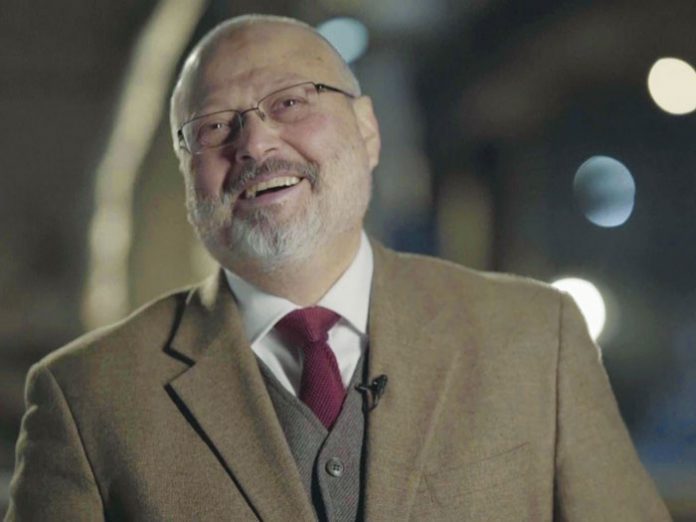 Why would an American president allow the Saudis to get away with murder? Perhaps because this particular Saudi reporter knew too much about a scandal that powerful people in America wanted to cover up. Khashoggi knew some ugly secrets. He was not innocent either.

Jamal Khashoggi, brave reporter for The Washington Post, was the nephew of Adnan Khashoggi, the biggest gun-runner in the Middle East. Uncle Adnan introduced young Jamal to his best customers, the bin Ladens. Jamal became close friends with Osama bin Laden and joined an Islamist extremist group, an armed faction of the Muslim Brotherhood. Jamal later quit the Brotherhood but secretly continued to admire Osama bin Laden and his Islamist ideals.

Jamal became more and more moderate as he matured. Before he was murdered, he was saying that he was willing to expose all the hypocrisy of the Saudi royal family, including their darkest secrets. Jamal Khashoggi’s friendship with Osama bin Laden may explain why he was hired by the former Saudi intelligence chief who financed Osama bin Laden. Either his boss or bin Laden himself could have told Khashoggi the ugly truth. The Saudi royals had known all about the 9/11 attacks in advance but had never warned the Americans.

When 9/11 happened, Jamal was sincerely disgusted and publicly denounced the attacks as un-Islamic. At the end of his life, he truly appreciated the freedom as a writer that America had given him and wanted to reveal all that he knew. He was killed before he had the chance.

The Washington Post published a new column by Khashoggi, in which he discussed the importance of a free press in the Middle East. Governments in the region “have been given free rein to continue silencing the media at an increasing rate,” he wrote.

Post “Global Opinions” editor Karen Attiah said she received the column from Khashoggi’s assistant a day after he was reported missing.”

In order to understand what was at stake in the Khashoggi killing, let’s start with the Khashoggi family’s multiple connections to the House of Saud.

Last Names Can be Deceiving // Please don’t judge me by...

Coronavirus vs. Kosher Food: How will the COVID-19 outbreak affect the...

The disappearance of Jack Ma, CEO of AliExpress // The secret...