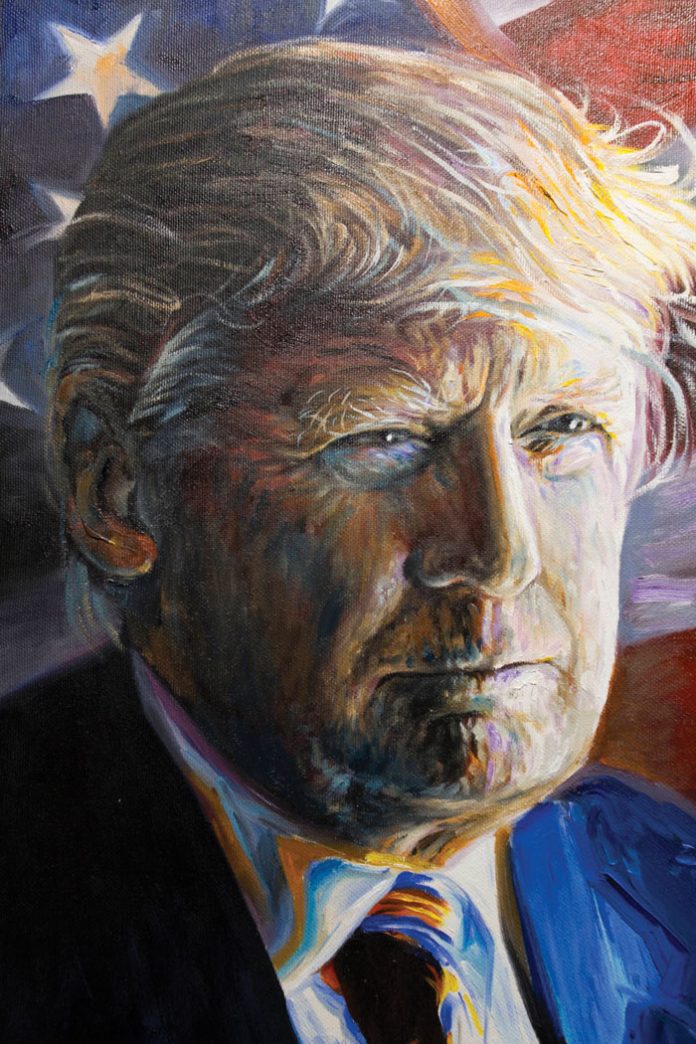 The left has assembled an enormous circumstantial case of connect-the-dots to illustrate the many deceptive statements and omissions concerning the Trump campaign’s contacts with Russia. They are selectively arranging those pieces of evidence that might support the British dossier’s theory that for many years Trump has been blackmailed by Putin with threats to expose Trump’s financial and other scandals. The left believes there must be some hidden scandal, or Trump would not be so panicked about the scope of the special prosecutor’s investigation into his past. Thus, the left concludes, Trump has always been Putin’s puppet and should be impeached for colluding with Russia to get himself elected.

The right is voluminous in its indignant denunciation of the Russian collusion charge as fake news. A CNN executive was caught on a hidden camera admitting that his network is deliberately focusing extra coverage on the Russian story because it gives them higher ratings. CNN is not the only member of the media to give Trump extra attention. Trump loved the free publicity when he was running against 14 other candidates in the primaries. Now, not so much. Still, the right is right: fair is fair.
In the occasional lulls in the babbling media battles between left and right, there can be heard a few quiet, lawyerly, lucid comments from the grown-ups in the center: Where is the evidence? There is still not a single shred of evidence to connect Trump himself with any one instance of collusion, deception or intervention on Russia’s behalf.

I am a lifelong Democrat. What I am about to say might really annoy some of my liberal friends, but I think Donald Trump might actually be innocent of collusion with the Russians to win the 2016 election, but that might not be the end of his legal problems. Not by a long shot. Let me tell you up front, this is complicated.
I suspect that several of Trump’s attorneys and business associates may be headed for prison because of their illegal Russian dealings, but not Trump. A lot of smart folks with law degrees and MBAs may be looking at jail time, but not Donald Trump. His intellectual laziness and general lack of interest in personal education may be his salvation.

He was so far out of the loop that I am beginning to think Trump and his kids will not even be indicted. The reason is profoundly simple—there is a substantial pattern of evidence to demonstrate that in 2016 there were two separate GOP channels for contacts with the Russian government. Let’s call them the White Channel and the Black Channel. Both had contacts with the Russians, but neither knew that the other existed.

First, the White Channel. This involved aboveboard and completely legal official contacts between Russian officials and President-elect Trump and his designates (his son Donald Trump Jr. and Jared Kushner, his son-in-law). Behind the Trump family’s backs, the Russians had a long-standing series of other contacts, including payment arrangements, with members of the Black Channel, a wholly illegal network of American mobsters and moneymen who kept their crimes completely hidden from the members of the White Channel.

In other words, the Trump family does not have a clue about the crimes that were going on all around them. The only thing that makes sense is that the Black Channel kept them completely in the dark. That’s right. The Trump family’s ignorance about the existence of the Black Channel is best expressed in Jared Kushner’s 11-page written statement expressing to Congress his bewilderment about the accusations of long-standing collusion with the Russians.