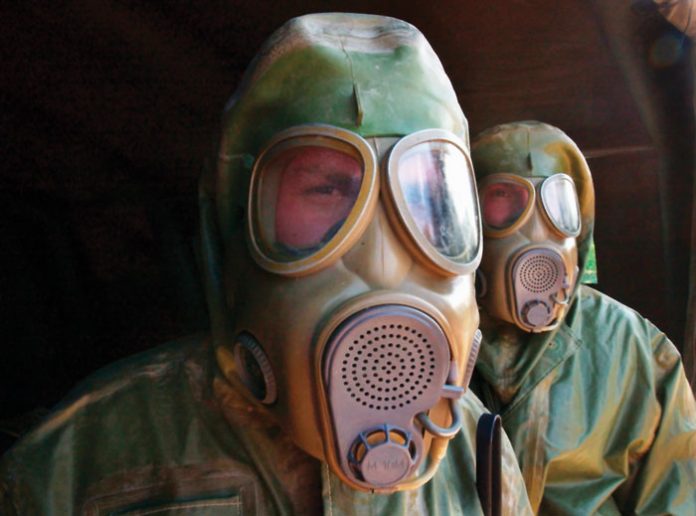 Purim is coming and with it a warning that once again the ruler of modern-day Persia may be plotting the destruction of Israel. This time there is less chance of a mushroom cloud over Tel Aviv, but a much greater risk of a cloud of super-poisonous nerve gas descending on Israeli cities and towns.

Iran has the nerve gas called VX, the same one recently used by North Korea to assassinate the dictator’s half-brother in Malaysia. Western intelligence sources believe that North Korea has manufactured significant quantities of VX for sale to Iran, because Iran is its only major source of foreign revenue.

VX, like the G-series nerve gases Tabun, Sarin and Soman, is classed as a Weapon of Mass Destruction similar to the atom bomb or biological poisons like anthrax. If you think no one would ever dare to use a WMD in the Middle East, you would be wrong. It has already happened.