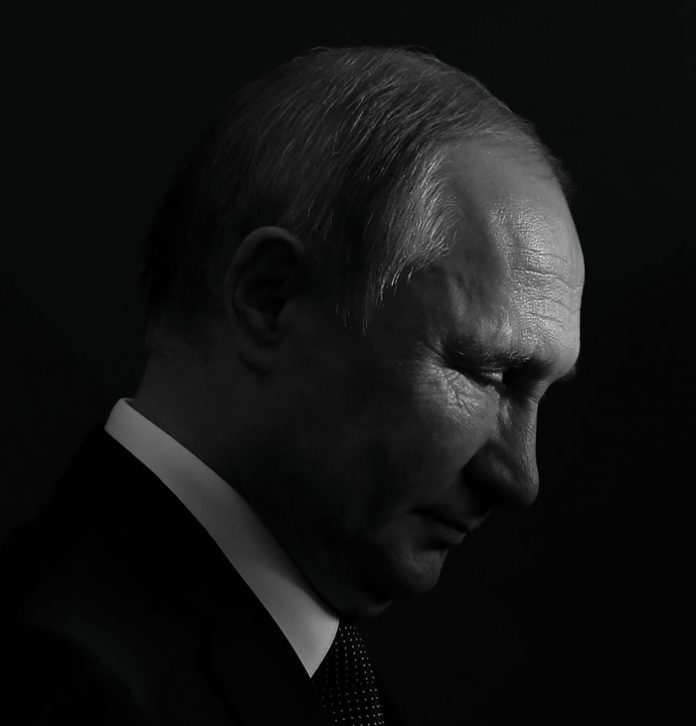 Vadimir Putin must feel sorry for himself. This was supposed to be his year of triumphs: a series of foreign policy successes, growth in the economy and an election to change the Russian constitution to make him the permanent president, or for at least the next 16 years. After this year, he would go down in history as the greatest ruler in all of Russian history, greater than any of the tsars, even greater than Stalin.

Stalin was Putin’s hero. As a child, he grew up on Stalin stories told by his grandfather, Spiridon, who was Stalin’s personal bodyguard, food-taster, and chef. Years later, after Putin surprised everyone by succeeding Boris Yeltsin, he held his first meeting in Stalin’s dacha so that everyone would get the message. Democracy was over. Putin was the new Stalin. Russia was governed by a strongman again.
The people loved him. Putin’s popularity soared to 85 percent when he saved Moscow from a wave of bombings by Chechen terrorists. After two of his own intelligence agents were caught with the terrorists’ type of explosive, reporters asked whether Putin had faked the Chechen attacks to consolidate his power. Putin’s response was to kill reporters who asked the wrong kind of questions.
The people loved Putin for restoring the borders of the old Soviet Union. When the Russian media asked why Putin was invading Georgia, Crimea and Ukraine, he eliminated the independent media who asked the wrong kinds of questions. The truth is that his invasion of Georgia was defeated, while his successful invasion of Crimea brought devastating international sanctions upon the Russian economy.
His invasion of Ukraine ended in a tie when a Russian military unit fired a surface-to-air missile at a Malaysian aircraft with civilian passengers. Putin denied there were any Russian units in Ukraine.
The cowed Russian media ignored the issue until a group called the Committee of Soldiers’ Mothers demanded to know why their sons were coming home in body bags. Putin realized that he could not kill everyone after all. He reluctantly admitted to the soldiers’ mothers that the dead soldiers—or “little green men,” as they were dubbed in Ukraine—were “volunteers” on leave from the Russian military. No one believed him. Russian soldiers going off on leave were never allowed to take their tanks and anti-aircraft missiles with them on holiday.
Despite the lies, most of the people stuck with him because good old Vladimir was just trying to restore Russia to its former glory. They half-believed the lies broadcast on Russia Today and Sputnik that Russia was under siege. The people grudgingly tightened their belts as international sanctions ruined the ruble and brought the economy to its knees.

Frum, Female, and Funny // Henya Shochat is a Chareidi stand-up...

Everyone Is Lying to Congress About the Wiretaps

Like Oil and Water // Trump tricks the oil powers and...