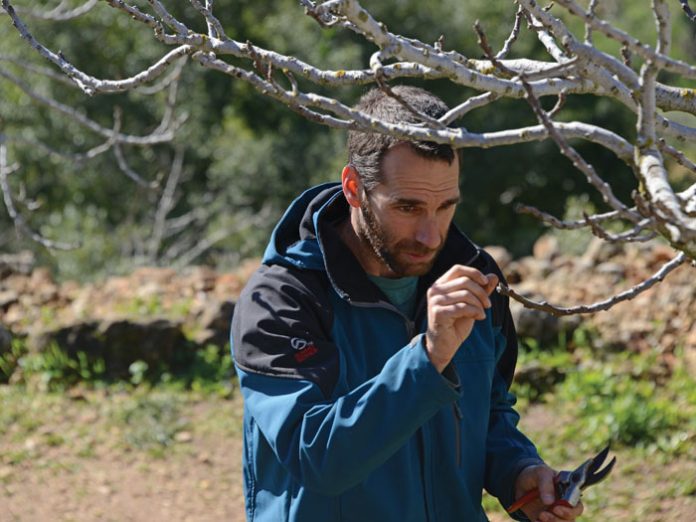 If you veer slightly off the noisy asphalt highway surging with traffic between Tel Aviv and Jerusalem, you will soon find yourself in another world, one that is alive with green blooms, burbling streams, cascading terraces and trees that are beginning to bud as Tu B’Shvat approaches. The smell of exhaust is replaced with the fragrance of white almonds, and you’ll notice bushes that glisten with the most recent raindrops that have fallen.

I find myself in Sataf, which in recent years has become an open secret as one of the most beautiful spots in the Jerusalem hills. Located on the steep slopes of Mount Eitan, it offers a panoramic view as far as Nahal Sorek. Before Israel’s War of Independence, this was the location of an Arab village and the site of two springs, Ein Sataf and Ein Bikura. The springs irrigate dozens of dunams of almond orchards and olive groves as the water wends its way between the ancient terraces.

Assaf Bashan, an agronomist, looks younger than his 33 years as he skips like a young deer among the terraces, boulders, flowerbeds and orchards. “When I’m here,” he tells me, “I feel like I’ve returned to my youth. I grew up around here, and I know every tree and every flower; I can even tell if a stone has been moved.”

But the highlight of my tour is the Seven Species Orchard—Bustan Shivat Haminim—the largest of the region.

Known as a heritage orchard, it is a large area devoted to the conservation of the Biblical Seven Species and other local plants that, surprisingly, have become endangered in their native land.

Assaf is in the midst of training a group of older people, most of them new immigrants from Western countries who are interested in the flora of the Land of Israel, and members of the Friends of the Jerusalem Botanical Garden. We are standing between rows of fig trees planted along a terrace encircling the hillside.
Figs are one of the fruits with which Eretz Yisrael is blessed. But the figs on these trees are very different from the ones we see in the fruit store, which are pale and tasteless by comparison. Nor are they the familiar dried figs, most of which come from Turkey.

“Look,” Assaf says, pointing to the rows of figs trees with their white trunks. “There are dozens of species here, collected from all over the country. These are the varieties our ancestors ate, fruits of every shape, size and color you can imagine. One species grows purple figs; another, green figs; and another, brown. Then there’s one that’s used to make dried figs, but most of these will be lost if we don’t maintain and propagate them now.”

It is a warm winter day. The sun is shining, and the plants are blooming. Assaf trims the fig trees with affection, talking about each one in great detail. He informs us that fig trees are divided between male and female; the males do not produce fruit. He can differentiate between them. “This is a male with a thick trunk and coarser branches. The female tree is smaller and narrower, as you can see.”
Personally, I see two identical bare trees. They both look dead to me. “Even if the fig trees look old and dry,” he says, reading my mind, “life is beating inside them, and now is the right season to prune them.

“Cutting is the simplest way to grow a new plant. While it’s good for fertilization, it also must be done to create genetic diversity; otherwise it could be disastrous if a pest were to attack. If the trees are all genetically identical, they will have no resistance and will die from the invasion. That is what happened in Ireland during the Great Famine. The Irish planted huge fields of potatoes but they all came from one genetic line. When a blight attacked the potato fields, everything was destroyed and over a million Irish people died of starvation.” 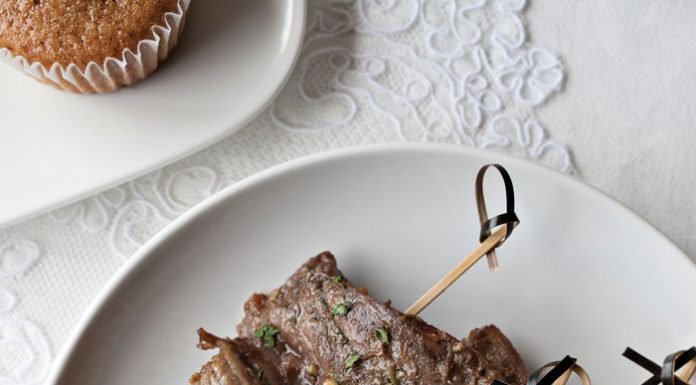