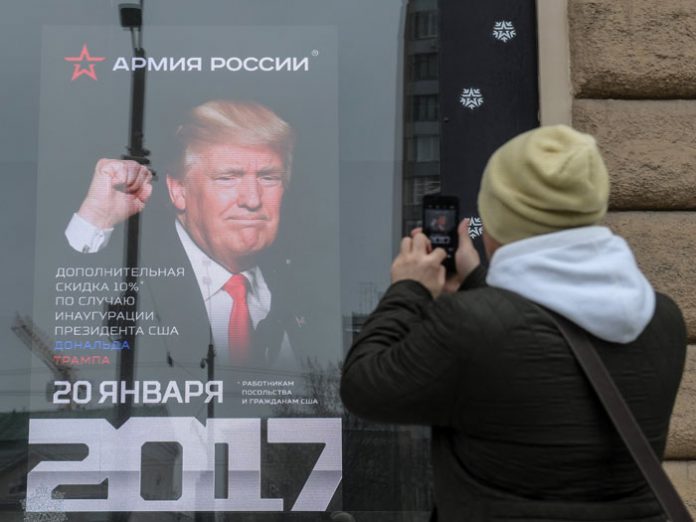 Here we go again: “New Soviet files suggest Trump was KGB target since 1977! Was his first wife Communist spy for the Czech intelligence service?” Oh, what froth. Another breaking news rumor from Politico. Actually, this story might have some interesting links to the actual investigation by the Office of Special Counsel, but not in the way the media suspects. There is less to this “Trump’s wife was a spy” story than meets the eye, and more that lies beneath.

TV reporters are the ones who usually jump at the first sensational conclusion that is plausibly supported by some new factoid of research. The modern TV news cycle begins with the discovery of something “new” by the teenage intern playing at Internet research. The intern’s discovery is followed by the 20-year old producer’s rush to convince his assigned cable anchor to get this “new story” on the air right away.

In the TV news business, it does not matter if the story is right if it is first. Then the other cable anchors on the other TV networks will be forced to copy it. This is called a scoop. Most TV reporters are not reporters at all, just repeaters of other people’s scoops.
There are no more knowledgeable elders like Walter Cronkite on television, just herds of young talking heads who can read someone else’s words on their teleprompters with breathless drama while hilariously mispronouncing the names of foreign leaders.

After a bubble of breaking news has burst on breathless cable, it is left to print media reporters, like those at Politico, to play catch-up and dig for something better, or at least a new angle on the same TV story but with contradictory or explanatory evidence. The print media publishes rebuttals of the stories half-researched by the teenage interns for TV news. Some print reporters dig hard and occasionally uncover a few intelligence gems that no one else can find.

Politico often comes up with brilliant research but just does not integrate its research with existing expert resources, an omission particularly obvious in stories dealing with the intelligence community. Perhaps Politico’s reporters are unaware of the holes in their education because they lack professional experience with or access to sources in the intelligence community since the retirement of their editor in chief. As a result, they are now getting a reputation for a certain “Ready, fire, aim” overeagerness, targeting a desirable conclusion before all the evidence is in.

Perhaps this rush to get the story out is due to the time pressure created by television. I am beginning to suspect that Internet news magazines like Politico, Slate and Buzzfeed combine the worst features of print and television news. On the print side, smaller audiences mean less advertising revenue to support research. On the other hand, TV news has lots of revenue but spends most of it on charming cable anchors and not on journalists.

Why Donald Trump Is Good for the Jews //A conversation with...