As politicians outshine one another in the exploitation of disgraceful discourse, vitriolic vernacular and offensive oratory, hostilities among the citizenry seem to rise in equal proportion. Curiously, a politician’s inclination toward violence-laden language rises in equal proportion to his level of indignation when an adversary dares outperform him rhetorically. But only those in the top tier of impudence direct their extreme bombast toward the silencing of their subjects, restriction of their rivals and censorship of their challengers.

Then there’s Senator Rand Paul, the victim of more politically charged violence than any senator in recent memory, who remains unyielding in his crusade to preserve free speech for all Americans. The soft-spoken Kentuckian, who was one of the most resolute critics of Republican-led efforts to challenge the election results on January 6, has also emerged as one of the staunchest advocates of former President Trump during his second impeachment. The way the senator sees it, either we have a Constitution or we don’t.

“We simply cannot destroy the Constitution, our laws, and the Electoral College in the process,” Senator Paul asserted ahead of last month’s certification of the Electoral College results by the Senate. Then, two weeks ago, as he forced a vote on the impeachment’s constitutionality, the senator declared, “This proceeding, which would try a private citizen and not a president, a vice president or civil officer, violates the Constitution and is not in order.” All but a handful of Republican senators agreed and voted the impeachment unconstitutional, exposing the utter improbability of Trump’s conviction by the requisite two-thirds majority.
Deep in the midst of a hectic impeachment schedule, Senator Paul graciously carved out time for Ami Magazine to reflect on the violence he’s witnessed, relive the attacks he’s endured, and share his thoughts on the trial.

Would it be fair to say that you’ve survived more shootings, physical assaults and broken ribs than any other current member of the US Senate?
Yeah, I would say so. I don’t think anyone comes close. Fortunately, my [gunshot wounds] weren’t quite as bad as those of Steve Scalise, who almost died, but I was there the day he was shot, and it was a harrowing experience. There were about 20 people huddled in the first-base dugout who probably would have been killed had the Capitol Hill police not been there to stop the shooter.
I was also attacked by a left-wing critic of [President Trump] at my home, had six ribs broken and part of my lung removed. Then I nearly died from an infection as a result of that, so I’ve been through quite a bit.

You were also assaulted one block from the White House following President Trump’s speech to the RNC last year.
Yes. My wife and I were surrounded by a mob after the RNC. It was a harrowing time. We were not certain, even with the police there, that we were going to get out of it unharmed. It was a very violent mob; they were pushing and shoving the police.
It’s a good example of how the media has become so biased. The Associated Press reported that a policeman was “jostled.” We were surrounded by an angry mob of over a hundred people who shoved a policeman so hard that he almost fell back off of a curb, and I stabilized him. If he falls to the ground, what’s going to happen next when the mob pounces on him? And the AP chose to underplay this and say he was “jostled.” It’s really disturbing how the media really doesn’t tell the truth anymore.

Typically, when politicians sense danger, their first instinct is to cower and run for cover. In the footage of the attack against you, it’s apparent that your first reaction, instead of fleeing to safety, was to make sure the police officer was okay.
He was the only line of defense between us and the mob, and not only did I have compassion for him, I wanted him to stay upright because I was afraid I was next.
Immediately after they tried to get us, one of those policemen was punched in the face and received stitches above his eye. Interestingly, they arrested the guy who did it but then released him the same evening on his own recognizance. I tweeted out later that if you’re looking for him, try Kenosha, because I think a lot of these people are professional protesters, and they’re being paid to do this. I asked people—including the US attorney for DC—to investigate this, but nothing ever came of it.
We actually found the names of some of these people, some of whom were staying at the hotel right next to us. We gave the police their names and where they were staying and wanted to know who’s paying their way. Because they’re all being flown to DC for [these protests], and they’re staying in the George Washington Hotel and the Willard Hotel—that can cost $500 a night or more—and there were dozens of them being flown here and staying in these hotels. I suspect the organization Black Lives Matter is paying for this.
What most Americans don’t realize, and what most American corporations don’t realize, is that Black Lives Matters goes to the big corporations and tells them, “If you want to prove you’re not racist, you have to give money to Black Lives Matter.” So they’re extorted. And they have no idea that the money they gave is going to buy plane tickets for professional rabble-rousers and anarchists. 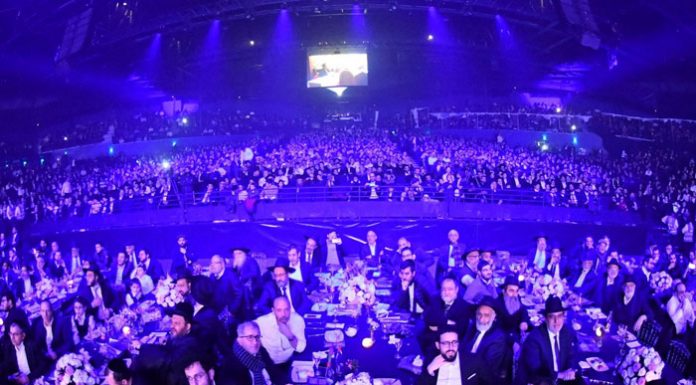 Tweet Control // Are social media bans on a former president...