Pnina Bravmann was speeding down the fast lane toward a career in computers when an unexpected question from her chasan caused her life to switch gears. Studious and mathematically gifted, Pnina was studying in Touro College and planning to get a degree in accounting or programming. But when she got engaged to her chasan, Shmuel, he asked her casually one day, “Do you enjoy it?”

She’d never really thought about that before. For the first time, Pnina stepped back and asked herself what she really wanted to do. She tried to quiet all the outside noises and influences, listening for the inner voice that would guide her toward her unique destiny. And that voice gave her a simple message: I want to help people.
At that point, Pnina was working part time at a special-ed school and found deep meaning in empowering children with disabilities to discover their full potential. She approached the dean of Touro College and asked if she could major in speech pathology. At the time, Touro didn’t offer all the prerequisites for a speech pathology degree, so Pnina started going to two colleges at once.

While she was taking a prerequisite audiology course at Brooklyn College, Pnina discovered that she had a profound appreciation for the world of sound waves and hearing, so she decided to pursue a double major in audiology. (An audiologist is a clinical doctor who assesses and treats hearing, auditory processing and balance issues. They also provide hearing aids, FM systems and cochlear implant services.)
A few years later, while Pnina was working as an intern in an audiology clinic, her supervisor walked in. “Don’t worry or anything, but the student you’ve been working with is going to be out for a few weeks,” she said. “Turns out he contracted German measles.” Rubella, or German measles, usually presents as a mild infection that lasts a couple of days. But when it infects pregnant women, it can cause hearing loss in the unborn baby. Pnina dropped the pile of papers she was holding.

“What, you’re not pregnant, are you?” her supervisor asked.

Actually, she was. But because she didn’t have any symptoms, Pnina pushed the lurking threat out of her mind.

One semester later, she was working in a sound-insulated audiology booth running hearing tests on patients when she went into labor. (She would only discover the irony later.) She called her husband to pick her up, quickly finishing all the tests she was responsible for before rushing to the hospital. Shortly after, she gave birth to Batsheva.

Batsheva was a sweet, pink-cheeked baby with an infectious giggle. Her first word was “Mama.” She liked to babble and make messes. Although nothing serious seemed amiss, Pnina noticed that when Batsheva was engrossed in coloring or building with Legos, she would not respond when her name was called. Was she just tuning everyone out, or was she actually not hearing them? 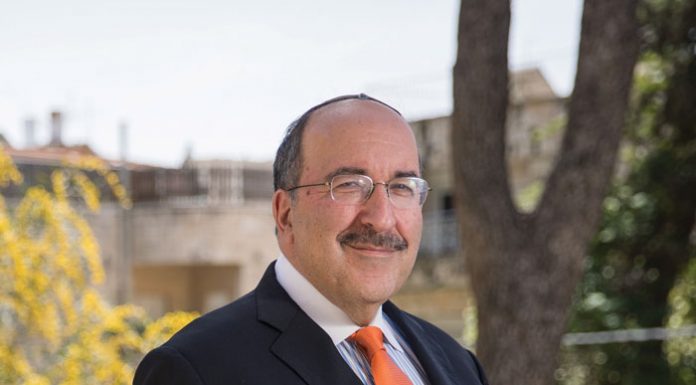