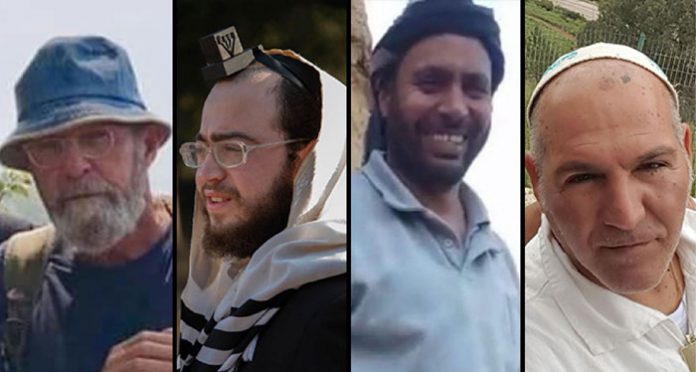 “I was woken up on Shabbos morning by the sound of sirens,” says Reb Mendel Roth, a popular chasidic singer and longtime resident of Ashdod. “I ran downstairs to the bomb shelter along with a few of my sisters.

“‘What’s happening now, Mendel?’ they asked me. I’m usually the one who knows the news in my family.

“‘It’s not happening only now. It’s been happening for the past 3,000 years,’ I told them.”
“Jews being attacked is never news,” Mendel tells me with evident pain in his voice.
“Rockets are no strangers to those living in the danger zone that is southern Israel,” Yehuda Shayish, a Hatzalah coordinator in the city of Ashdod, tells me. “But what was different this time is that we had nine sirens within a couple of minutes, and each of the sirens represented four missiles, so we were dealing with an attack on a larger scale than we’ve ever experienced. It was painful to hear that missiles had actually landed and were not intercepted by the Iron Dome. I received a notification from the Hatzalah system that a rocket had landed near my home. It took me 30 seconds to get to the scene of the attack.
“When I got there, we found a yungerman inside the building, near the entrance. He was unconscious and in very bad shape; he was transferred to the hospital in critical condition. The doctors did whatever they could to save him, but unfortunately he passed away a short while later.

“Later in the evening we set up a tent where we had our EMT volunteers as well as professionals helping people deal with the shock and trauma. We were there for hours making sure that everyone who needed our help got it.

“You need to understand that there are many people who hide in their shelters without cell phone reception, afraid to leave because they fear future rocket attacks. As the night progressed, more of these people began to emerge from the shelters, including a teenage girl who was in shock. She’s lucky she got to us in time. These things can cause permanent damage if not dealt with properly.

“We dealt with people whose homes were damaged, and we helped them get a roof over their heads for the night. It was a really difficult time, and I hope we’ll be able to share besoros tovos in the future.”

Yossi Landau, a commander for ZAKA of southern Israel, spoke to me about the recent escalation of violence and how the local community deals with it.

“There was a rumor that the Gerrer Rebbe instructed all of his chasidim to leave Ashdod immediately on Sunday. Is this true?” I asked Yossi as we began our conversation.
“No,” he said. “Whoever chose to ask the Gerrer Rebbe whether or not they should leave Ashdod was told, ‘If you have a place to go, then go.’ Those who left have all since returned, and most people never even left, because a ceasefire had been reached by the time they were ready to go.”

“Can you tell me about what happened in Ashdod?” I asked.

“The terrorists have been using a technique in which they send dozens of missiles at once in an attempt to overload the Iron Dome,” he said.

“Three missiles fell in Ashdod. One on a home on Yehuda HaMaccabi Street, another one on an empty parked car, and a third missile fell into an open field. When the sirens went off, Pinchas Menachem Przewozman, Hy”d, a Gerrer yungerman, was outside, and he ran into the building, taking shelter in the lobby. Tragically, the building took a direct hit, and this yungerman was hit by large pieces of shrapnel that pierced his heart. He wasn’t the only one who was hit by shrapnel, but he was hit the hardest and it killed him.” Family members shared that he died the way he lived—doing chesed. He was about to enter the shelter when he gestured to someone else to go first.”

“How are people dealing with the trauma that the missile attacks cause?” I asked.
“I always tell parents that their children will react to the missiles based on how the parents react. If the parents panic, the kids will, too. Parents who are calm enable their children to be calm as well. It’s not easy. Many people are left with trauma, which can sometimes cause people to suffer for years; everyone reacts differently,” he said. 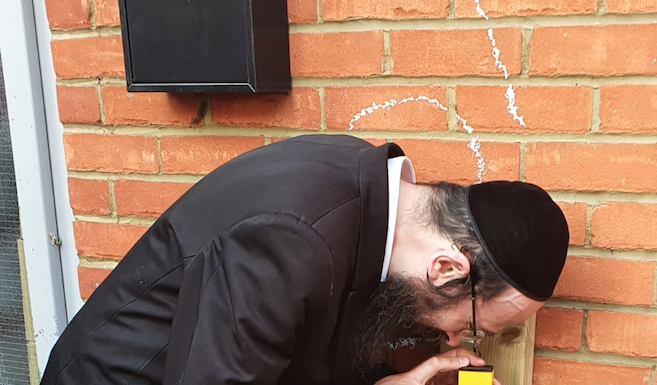 The Art of Losing // An exclusive interview with Yossi Deitch, Agudah’s failed mayoral candidate for Yerushalayim

A Catastrophe in South Texas // Houston’s Jewish Community Still In...