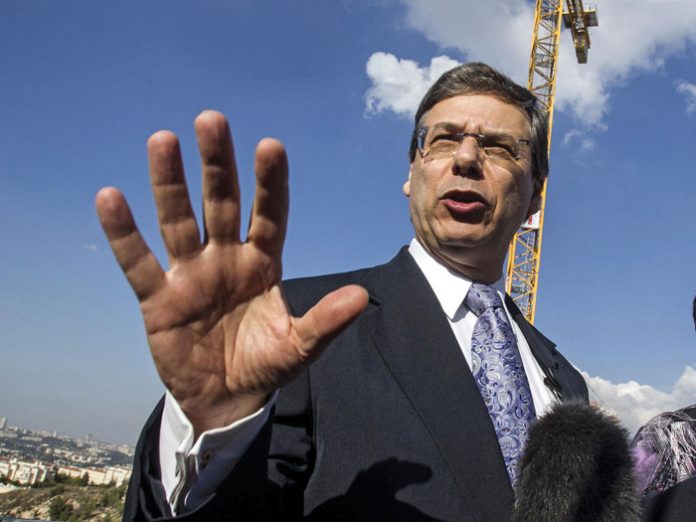 A planned trip to Israel by two anti-Israel US congresswomen created political pandemonium after Israel said that they would not be allowed in.

Both Rep. Ilhan Omar (D-MN) and Rep. Rashida Tlaib (D-MI) have been accused of anti-Semitism and extreme anti-Israel sentiment in the past. Omar famously accused Israel of “hypnotizing the world” and suggested that US politicians have “allegiance” to Israel over the US because they’ve been bought off, using common anti-Semitic tropes. Tlaib has made her own comments about pro-Israel US representatives having dual loyalty.
No one was expecting their planned trip, which would have been held this past weekend, to be a pro-Israel one. They had skipped congressional trips to Israel held earlier this month by a pro-Israel group, which brought more than 70 representatives from both parties to Israel.

Instead, the two were planning to travel alone on a trip sponsored by Hanan Ashrawi’s Miftah group, a Palestinian organization that has repeatedly published anti-Semitic material, including actual blood libel accusations, as well as fabricated information about Israel, including fake quotes from Israeli politicians.

A tentative itinerary for the two congresswomen—which referred to their trip as a trip to “Palestine”—showed that they were planning to meet only with Palestinian groups and with the anti-Israel Jewish group Breaking the Silence. (Omar’s office claimed that because of her seat in the House Foreign Affairs Committee, she would have met Israeli and Palestinian officials, as well.)

Although the trip would be a Palestinian propaganda tour, Israeli ambassador to the US Ron Dermer had assured the earlier congressional delegations that Israel would allow the two congresswomen to enter the country, because of Israel’s respect for Congress.

But last week Israel apparent reconsidered. One factor may have been President Trump, who told Israeli officials privately that they should not allow the two into the country and then tweeted that publicly. After his tweet, Israeli officials said that they would not be allowing Omar and Tlaib to enter, based on the Israeli law passed two years ago barring supporters of the BDS movement.

To some Israel supporters in the US, though, the decision to keep the two out seemed like a bad idea, because it would give them more publicity than they would have gotten if they’d been allowed in, and also because it would force even pro-Israel congressmembers to make some statements in support of Omar and Tlaib. Pro-Israel groups like AIPAC and the American Jewish Congress released statements disagreeing with the decision. Pro-Israel pundits like Ben Shapiro called it a PR mistake. Congressional Democrats who have been relatively strong supporters of Israel, like House Majority Leader Steny Hoyer, sharply criticized the Israeli decision.

At least one Republican senator criticized the move, as well. Marco Rubio of Florida, who is strongly pro-Israel, called the move a mistake, saying that being blocked from entering was what Omar and Tlaib had actually wanted all along.

The hubbub moved into a ridiculous phase when Rep. Tlaib sent a letter asking permission from the Israeli government to visit her grandmother in the West Bank. She said she would refrain from any anti-Israel activities while there.

Israel accepted her request, under those conditions. By the next morning, though she made a statement saying that she would refuse to go because it would go against her ideals.

We spoke with former Israeli ambassador to the US Danny Ayalon to understand what happened. –Yossi Krausz 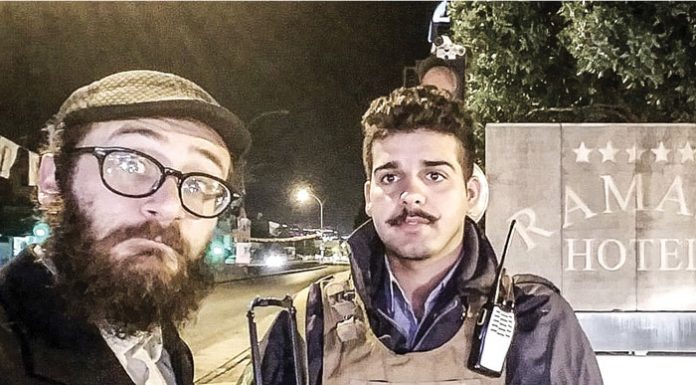 Pawned Between Iraq and a Hard Place //My crazy trip to Iraq, teaser version