Our story began 22 years ago. My only sister Sorah was talented and brilliant, my parents’ pride and joy. As her older siblings, my brother and I were very protective of our sister. When she entered shidduchim, we were very selective. But shortly after her 19th birthday, when Aaron, who came from England, was suggested, we encouraged our parents to go ahead with the shidduch. He was a top bachur; both my brother and I knew him from yeshivah in Eretz Yisrael.

After dating for a few weeks, Sorah and Aaron got engaged. My parents were elated, and spared no expense, before, during, and after the memorable wedding. Aaron and Sorah settled near my parents, the perfect couple who brought them loads of nachas. Within the year, they were blessed with their first child, Shloimy, who was soon followed by an adorable girl, Leah’le.

During the first years of their marriage, things were idyllic. Aaron learned in kollel, where he made great strides and soon was appointed the head of a chaburah. Sorah worked in my father’s business, where she ran the accounting department. She was an overachiever who found time to cook, bake, and take care of her two little ones, who always were dressed to perfection.

The first cracks in this picture-perfect portrait began after their third child, Moishy, was born premature. After a lengthy stay in the hospital, he finally came home, delicate and fragile. In addition, he was very fussy with a severe case of colic. Moishy would scream through the night, his body arching in pain, sapping Sorah’s reserves. Although in the past she’d managed to juggle caring for her little ones and working without undue stress, now she was overwhelmed. My mother kept mentioning that she was worried about her. She wasn’t doing well and was a bit out of it. She quit her job and my parents hired a nurse to help her with the baby, but weeks passed and Sorah was still not doing well.

She began having paranoid thoughts, imagining that everyone was out to get her. She refused to let my mother into the house, and yelled at Aaron every time he picked up the baby, shadowing him in case he hurt little Moishy. She became extremely possessive of her children, not allowing anyone to touch them or go near them. It got to a point where my brother-in-law would come home from kollel to find the children crying hysterically, with dirty diapers, not having been fed or cared for. Sorah was usually in bed, staring blankly at the ceiling, tears running down her cheeks.

It was clear that she needed urgent help, but she refused to allow anyone to come close. The final straw was when Aaron came home from kollel for his lunch break to find little Moishy lying in his porta-crib in a puddle of vomit. He had thrown up the contents of his bottle, but Sorah was fast asleep and hadn’t heard him gasping for breath. He had ingested some of his vomit and was having trouble breathing. Aaron picked him up and noticed his face was slightly blue. He called Hatzalah, but by the time they arrived, Moishy was already breathing properly.

The situation had spiraled out of control. My mother called, frantic. She was so hysterical that I couldn’t understand what she was talking about. As soon as I figured out the story, I realized this was an emergency. Clearly, something needed to be done before it was too late.

My brother-in-law was reaching the end of his rope, and my sister was no longer capable of taking care of their children. She urgently needed help, but refused to see a therapist, insisting there was nothing wrong with her. What to do? It was decided that my younger brother, Sholom, and his wife, who were married for a few years but had no children yet, should take baby Moishy for now. Perhaps that would take off some pressure from Sorah. 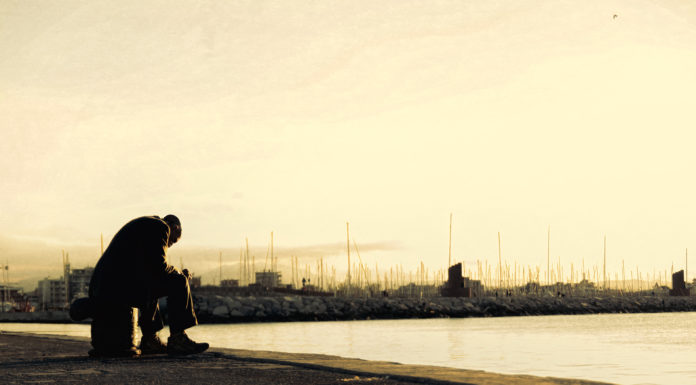