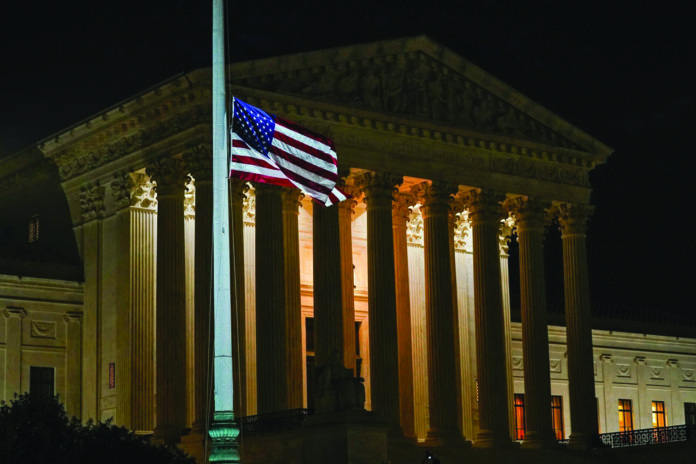 Many congratulations were received by Agudath Israel of America after last week’s US Supreme Court ruling against New York State’s arbitrary COVID-related limitations on houses of worship. (Full disclosure: Although I write here always and only as an individual, my “day job” is serving as the Agudah’s director of public affairs, which involves interacting with the media and public.)

One phone message, though, was particularly memorable. Not exactly congratulatory, it was left as a voicemail for the organization and concluded with an angry profanity.

The 5-4 High Court ruling, as you probably know by now, sided with Agudath Israel and the Roman Catholic Diocese of Brooklyn in their argument against restrictions put in place by New York governor Andrew Cuomo on houses of worship in certain neighborhoods. A majority of the justices found that the state orders violated the First Amendment’s Free Exercise Clause, which protects religious beliefs and practices. The New York regulations, the majority decided, had, as the plaintiffs contended, treated houses of worship more harshly than comparable secular facilities, in violation of the Constitution.

Even the dissenting opinions, for the most part, didn’t deny the constitutional problem.

One, from Justice John Roberts, explicitly noted that “it may well be that such restrictions violate the Free Exercise Clause” and contended only that, since the governor had since eased the restrictions that were being challenged, there was no need for a ruling. (But of course, had the Court not ruled, the harsher restrictions could be reimposed at any time.)

I was particularly proud of the reserved, polite tone of the Agudah’s reaction to the win (civility has returned!). The chairman of its Board of Trustees, Reb Shlomo Werdiger, pointed out that litigation is “not our preferred means of advocacy,” but that the manhigim of the Agudah had decided that “the principle at stake” required it here. He took pains, too, to add, “The Agudah has prioritized health since the onset of this pandemic, and we continue to encourage sound health practices.” In addition, he stated that the organization “look[s] forward to continuing to work hand in hand with our elected officials to ensure the well-being of our community.”

But not everyone on the other side of the issue was quite so gracious.
Like the vulgar phone caller.

The youthful-sounding man somehow forgot to leave his return-call information (I always try to return calls, even angry ones). But he was clear about his message.

Railing against the lawsuit now that it had been favorably ruled upon, he called it a “giant chillul Hashem,” adding that it made him “ashamed to be Jewish.”

Tension rising in his voice, he called the quest to have shuls treated no differently from law firms or liquor stores “a disgraceful choice to prioritize minyan over people’s lives.” And then, scholar that he imagined himself to be, he paskened that our move was “entirely not in keeping with the Torah” nor consonant with “any reasonable interpretation of pikuach nefesh laws.” Oy vey! We had no idea!

The phantom caller then signed off with “You should be ashamed! You’re disgusting!” And in case he hadn’t made his message sufficiently clear, the coup de grâce: a common-in-the-hood expletive routinely used by frustrated vulgarians in lieu of an argument.
I’m only speculating here, but I imagine the caller to be non-Orthodox (the expletive seemed to signal that) and politically liberal, considering that he was upset at a defense of religious folk—Orthodox Jews and Catholics, yet.

Now, there’s nothing wrong with holding liberal views, if one, in fact, sincerely hews to the open-mindedness that the liberal-minded extol. And there are surely those in that political camp who are dedicated to that ideal.

But unfortunately, there are others, like Mr. Ashamed to Be Jewish, who, as the irreplaceable William F. Buckley, Jr., described them, claim “to want to give a hearing to other views, but then are shocked and offended to discover that there are other views.”

Had the caller left a return number, I would have informed him that there are indeed other views than his, and that, baruch Hashem, in the Supreme Court last week, one prevailed. l 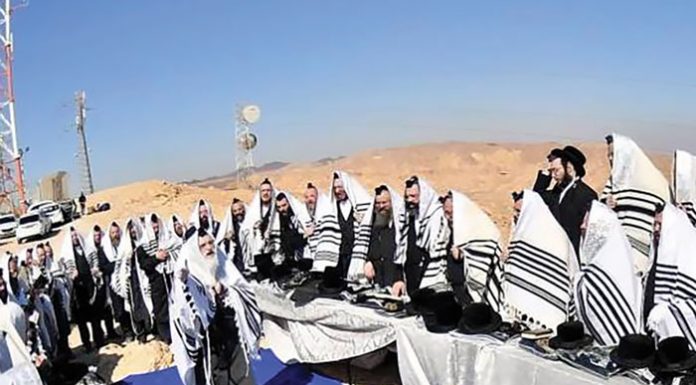