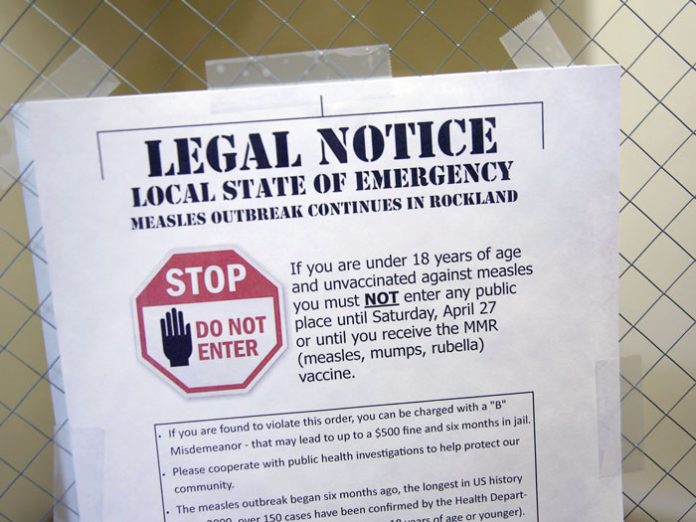 Erica Wingate was working at a clothing store in town this week when a male customer, with the black hat and sidelocks typically worn by ultra-Orthodox Jews, started coughing.
Another shopper standing next to him suddenly dropped the item she had been holding and clutched her child. “She was buying something, and she just threw it down,” Ms. Wingate recalled. “She said, ‘Let’s go, let’s go! Jews don’t have shots!’”
—New York Times, 3/30/2019

Measles has continued to spread in Rockland County, and that led to a dramatic decision last week by the county executive to ban anyone under the age of 18 who is not vaccinated from public spaces.

A public place, for the purpose of this ban, is defined as “a place where more than ten persons are intended to congregate for purposes such as civic, governmental, social, or religious functions, or for recreation or shopping, or for food or drink consumption, or awaiting transportation, or for daycare or educational purposes, or for medical treatment.” That includes buses and other public transport, but not taxis or livery cars.
The idea behind the ban was made clear in a press conference given by County Executive Ed Day last week: to keep measles from spreading further. As of this past weekend, there had been 157 cases of measles in Rockland County since the outbreak began. Most of the cases of measles have been in unvaccinated children below 18.
But a concern that some in the community have been expressing is that the furor around the measles outbreak has been creating a stigma against the frum community, as the quote from the New York Times article above indicates, and as several other stories that the Times reporters dug up would indicate.

Yossi Gestetner, co-founder of OJPAC (Orthodox Jewish Public Affairs Counci), noted in a statement to Ami that the prejudice that has been stirred up is irrational, at its core.

“It’s accepted in the street that Orthodox Jews refuse vaccines at very high rates,” Yossi said. “That belief is either due to the mere fact that there is a measles outbreak, or due to the fact that many people who reject MMRs [the measles-mumps-rubella immunization] due to their own opinions or experiences say they are doing so due to religious belief. 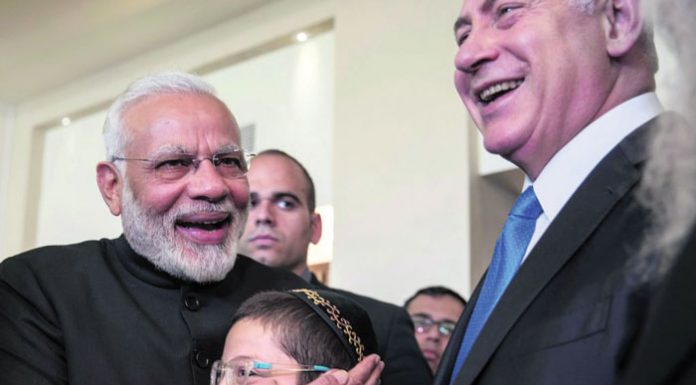 Two Countries, One Struggle // The Indian Prime Minister And A Special Little Boy

An Audience of One // Rabbi David Refson, the pioneering founder of Neve Yerushalayim, ponders the past 50 years of Torah education for baalos...

Taking the FBI to Task after Twenty Years // They knew...