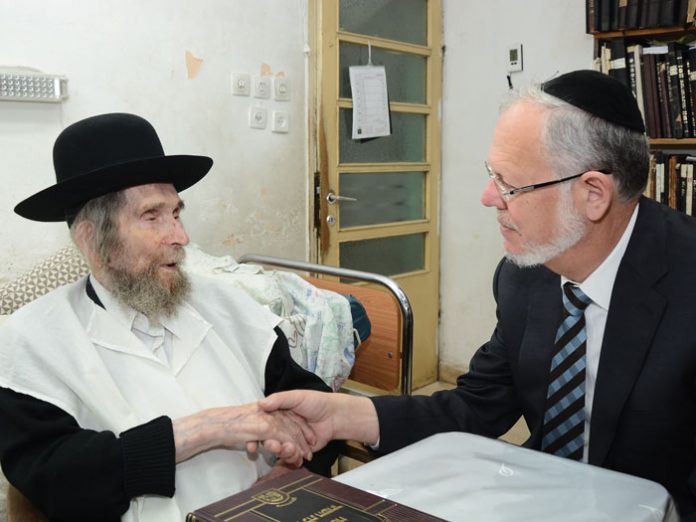 “With every passing day, every passing hour, we feel my father’s absence more keenly, may his righteous and holy memory be a blessing. And it’s not only because I’m his son. Others tell me that they feel the same way.”

These are the words of Rav Shraga Noach Shteinman, rosh yeshivah of Yeshivos Orchos Torah and the son of Maran Aharon Yehuda Leib Shteinman, zt”l.

In advance of the Rosh Yeshivah’s first yahrtzeit, Rav Shraga spoke to Ami about the legacy of his esteemed father, and the great void that was created when he passed away.
“The two tenets of my father’s life were the study of Torah and the exemplification of good middos. He was very strict about the observance of mitzvos bein adam l’chaveiro, between man and his fellow man.

“Of course, limmud haTorah came before anything else. His whole life was dedicated to encouraging his talmidim to study Torah. He would always remind them during his public appearances, ‘Torah, Torah, only Torah.’ There was once a gezeirah that was decreed upon the yeshivah world with regard to the giyus—army conscription—and my father instructed the yeshivos to study Torah continuously for three days and nights to provide chizzuk. Just as the Ra’avad suggested, this caused the gezeirah to be annulled and the government dropped it. He never utilized any other methods of protest; it was always through the strengthening of Torah.

“He also wanted people to respect the dignity of others and avoid conflict. By being careful with these things, we continue the path he trod. He did everything he could to avoid disputes, seeking peace and achieving it.

“He said that he didn’t recall anyone having as many people fighting them as he had fighting him, but he was still managed to stay away from machlokes. Perhaps because running from machlokes was so important to him, Hashem decided to test him with it. Indeed, Hakadosh Baruch Hu sent him test after test so he could prove that it is possible to live in peace. He would often say, ‘Mir muzen shveigen—We must remain quiet. Are they talking against you? Are you being slandered? Be quiet.’ He never answered his opponents. Even when they spread lies all over the world—and to this day there are people who believe these lies—he just repeated, ‘Do not answer. Shveigen. Shveigen.’

“Today there are roshei yeshivos that continue in the way he instructed. There are yeshivos that he founded—Yeshivos Orchos Torah as well as others—that place an emphasis on both Torah and good middos. And wherever he had an influence they also emphasize bein adam l’chaveiro, teaching good middos while avoiding controversy, kavod and the pursuit of money. 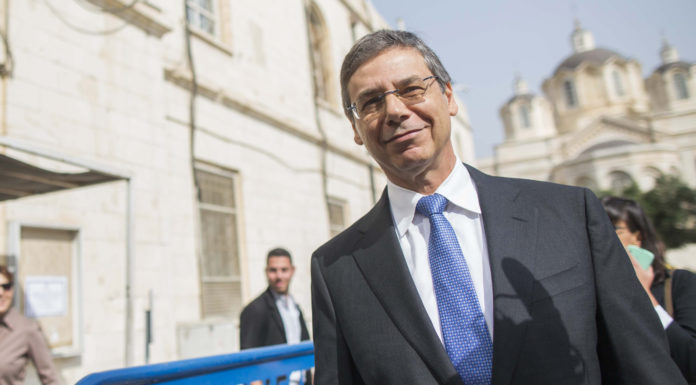 Hamas vs Israel // A conversation with Danny Ayalon