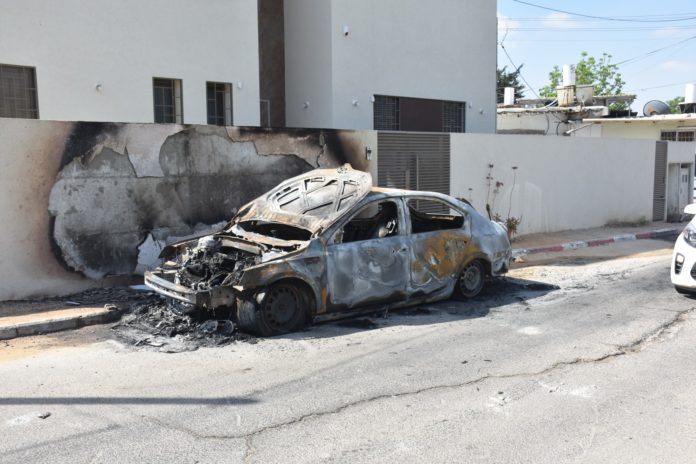 On Wednesday, May 12, I heard glass breaking outside. It was Rosh Chodesh Sivan. Rockets were being fired from Gaza and there had been violence in the Old City of Jerusalem. The vandalism and tire burnings were spreading to other cities that had mixed Arab and Jewish populations, such as Lod, Acco, Haifa and Jaffa, but we didn’t think it was serious. My husband came home from the yeshivah after going out to make sure it was safe.
Then, at two in the morning, I looked out the window and saw that vandals had smashed the back window of our car, which was parked right next to the house. A second later, I watched the car burst into flames! Then I heard an explosion as the gas tank blew up. We tried to put the flames out with a garden hose. We later learned that there were over 100 arson attacks all over Ramle that night, and they’d had to bring in additional fire brigades from nearby cities.”
This is how Rebbetzin Dr. Hana Hendler described the worst night of the disturbances in Ramle, a city in Israel’s Central District, only ten minutes away from Ben Gurion International Airport. When I spoke to her, shortly after this incident, she had already resumed teaching her classes in Bar-Ilan University, which this year are being conducted via Zoom. Hana Hendler is the mother of ten children, ka”h, ages 16 to 37, and the grandmother of over two dozen (and counting).
Her doctorate and expertise are in analyzing chasidic stories in depth, in the context of Tanach and sacred literature.
This year, the last week of Iyar coincided with the last week of the Muslim month of Ramadan, so the atmosphere in Ramle was already tense because of the post-fast celebratory meals, which are usually accompanied by dangerous and illegal fireworks. The tension was also high in Jerusalem in advance of Jerusalem Day.
A minority of Arabs, mostly youths, spearheaded attacks on Jews and Jewish property.
The yeshivah building in Ramle was pelted with stones and then Molotov cocktails. A Molotov cocktail was thrown onto the porch of one of the yeshivah’s staff members, and when he deflected it, his hands were burned. As of this writing, he is still wearing bandages.
Things turned more vicious when live fire from illegal weapons was added to the mix. At first, the police didn’t realize the magnitude of the violence. It took some time until a huge number of reinforcements was brought into town. Quiet was restored, but not before a few stores were ransacked. The Chabad Judaica shop in downtown Ramle was broken into twice. 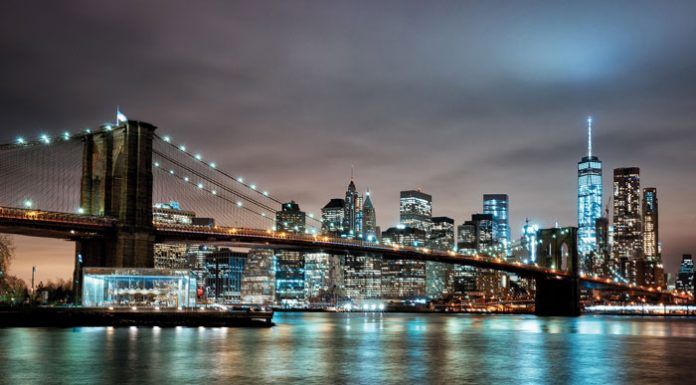 Making it all Work // You’ve been invited to join your...

We did not know // We Ethiopian Jews simply had no...