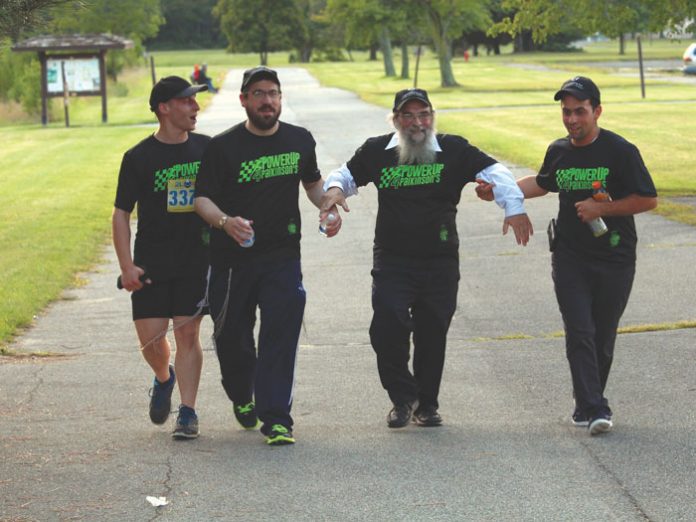 My Parkinson’s diagnosis came about in a funny way. After I stopped teaching around 14 years ago, I started fundraising for Rav Nosson Stein’s yeshivah in Lakewood. In 2009 I went to Detroit to fundraise and I met with a doctor who had known my father very well. My father was a rav in Detroit for over 60 years and everyone, frum and not frum, admired him immensely. Because of that he had a lot of clout, and he was the person to go to if anyone had problems of any kind, especially with the local government.

This doctor was also one of my father’s admirers, so he was kind enough to tell me that he didn’t like the way I was walking. I was limping, and my doctors had told me that it could be a pinched nerve. They didn’t know exactly what it was, but they thought it was an orthopedic problem. This doctor’s mother had Parkinson’s, so he was familiar with the symptoms, and he sent me to a colleague who was a neurologist, adding that he wouldn’t even take any payment. Parkinson’s is a very hard thing to diagnose. The neurologist said that he wasn’t absolutely sure I had Parkinson’s, but he wanted to start me on the standard medicine right away, and if I responded to it I’d know that I had it.

Nowadays they usually do neurological testing to make a diagnosis, but many doctors think it’s a waste of time. The thing is, though, that having Parkinson’s was one of my worst fears. I was terrified of getting it, because my father had suffered from it for the last three years of his life. His Parkinson’s was the worst type possible and included Lewy body dementia, which is a kind of dementia that comes and goes. The person can have lucid moments and non-lucid moments, but most of the time he’s not lucid.

My father was diagnosed when he was 84 and was niftar at 87. He was a brilliant man who deteriorated very quickly; within six months he was really debilitated. So when the neurologist told me that I probably had Parkinson’s I couldn’t even think about it and declined to take the medicine. That’s the way most people who have Parkinson’s deal with it at first; there’s a stage of denial. That’s because once you have it, it’s a life-long struggle. There can be reversals, but it’s a constant fight.

But of course, slowly yet surely I began to go downhill. My symptoms started off with limping, but it got to the point where walking less than a quarter of a block would take me ten minutes. For three years I went to orthopedists who kept sending me for physical therapy, which wasn’t very helpful because someone with Parkinson’s needs an entirely different type of therapy. For Parkinson’s, a chronic progressive neurological disease that is linked to decreased dopamine production, the therapy is for the brain rather than the body. Scientists have come to understand that there’s such a thing as brain plasticity, which means that if there’s a part of the brain that isn’t working correctly, it can make an entirely different route around that area. The etzem inyan is that there has to be a k’seiderdike therapy that is done every single day. Since there is no cure yet—neither the medicine nor the therapy are a cure—you have to do both in order to maintain their benefit.

Medicine controls the symptoms by inserting artificial dopamine into the brain. Sometimes the medicine doesn’t work, and sometimes it only works for some of the symptoms. It can also cause hallucinations and anxiety, although that’s somewhat rare. It takes trial and error until they find the right dose or the right medication. Sometimes they’ll give you something called a dopamine agonist.

For three long years I stuck my head in the sand until I was really pretty debilitated. People would go over to Rav Malkiel Kotler, the rosh yeshivah of Lakewood—when I was learning in Bais Hatalmud we lived in the same apartment building—to tell him that there was something wrong with me. Rav Elya Ber Wachtfogel, the rosh yeshivah of South Fallsburg, was also alarmed and asked a friend of mine, “What’s going on with Moshe Yitzchak?” It came to a point where my kids also got involved—it’s possible that people pressured them—and they forced me to go to a neurologist. I made an appointment with Dr. Noah Gilson, who has a practice in Long Branch. As soon as I walked into his office he said, “You have Parkinson’s.” This was three and a half years after I was told by the doctor in Detroit that he didn’t like the way I walked. 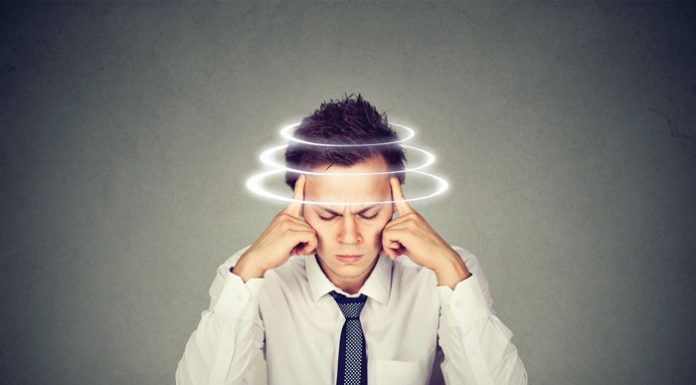