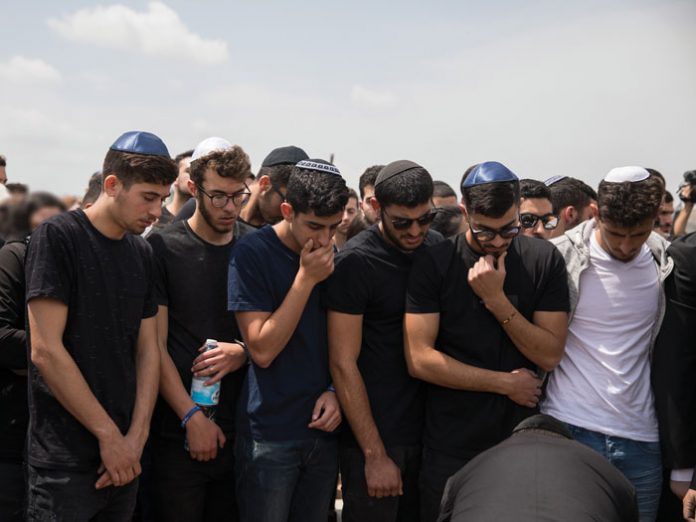 “I just can’t believe it… What wouldn’t I do for your happiness? I can’t leave you.
You will be engraved on my heart forever.”

Those were the heartrending words of the father of Yael Sadan, one of the ten young Israelis killed by a flash flood in a dry canyon near the Dead Sea last Thursday, as he buried his daughter.

The sudden tragedy brought everyone to tears, as one poignant scene after another made its way into the media and public knowledge.

Seven of the youths were buried on Friday, drawing thousands of mourners from all over Israel, joining with the suddenly bereft families as they buried their children in cemeteries across the country.

At Tzur Alfi’s funeral, witnesses to the tragedy told the crowd that Tzur held on to a rocky ledge and let his friends climb up over him to safety before he was swept away.
Ella Or’s father lamented: “We had you for 18 years and you loved the land so much…and now we are burying you in the sacred land you loved so dearly.”

The mourning, however, has also been accompanied by questions. What went wrong?

High on a ridge above Nahal Tamar you get an amazing view of the Dead Sea and the Arava Valley. Endless plains of gold taper off in the east at the blue tongue of the sea, beyond which glisten the red mountains of Jordan; to the south you can see the great expanses of the desert. On a clear day you can see the city of Dimona—home of Israel’s nuclear research complex—sitting in sunny silence.

Here was once an ancient road that rose south of the Dead Sea and led to the southern regions of Eretz Yisrael. The Romans built a fortress here to supervise the comings and goings of traders and travelers. Remains of the fortifications exist to this day, with stone towers and a large interior courtyard. From the top of the hill, a stony road descends to the stream of Nahal Tzafit and on to Tamar, one of the most beautiful streams that flow through the southern Judean Desert.

The stream goes deeper and deeper into the earth, between picturesque cliffs, for several kilometers. The rocky crags are decorated with colorful patterns and stripes, as if an artist long ago passed through with a giant paintbrush and adorned the cliffs in white, gray, brown, yellow, red and purple. The road continues and passes along the waterfalls, where hikers descend on iron ladders set into the rock face into a deep round crater surrounded by the dazzlingly colored geology, and opens abruptly in front of the Dead Sea. It is a pleasant and popular hike in the spring, cool and shady for those who enjoy such activities. But it can also suddenly become a death trap, as a group of young people who were walking through it last Thursday learned. Their hike tragically ended in one of the most deadly natural disasters in the history of Israel. Ten students perished, and at least 12 died over the course of the storm.

The word “nachal” may conjure up an image of a clear stream of bubbling water, moving silently and serenely between sandy banks covered with green vegetation, with the sounds of croaking frogs in the background. Yes, this is likely the case if you live in Europe or North America, which are blessed with abundant freshwater rivers and streams. In Israel, however, most of the riverbeds are dry for much of the year. Few Israeli rivers or streams flow throughout the year and almost none do so in the southern part of the country; while they may flow with water during the winter’s rainy season, in spring or summer they are completely dry. It is often possible to hike in the wide dry channels, called wadis in Arabic, which sometimes have not seen water in years—and many people do.

The phenomenon is mentioned in Tanach. A nachal eisan is mentioned in Devarim. It is a stream that flows all year long, while a seasonal stream is called a nachal achzav. Due to the aridity of the southern regions of Israel, most streams are devoid of water. “Waterfalls” are not waves of water that plummet into a pool below giving off a cloud of vapor; here they are dry cliffs of parched stone. Only during the rainy season is there enough rainfall, when suddenly one finds out why a stream is called a stream and why a waterfall is called a waterfall. Only then can one understand how water cut these sheer canyons like a knife through the desert over the millennia. This is what Dovid Hamelech meant when he said, “Shuvah Hashem es sh’viseinu kaafikim banegev—Return our captives like streams in the south.” Afikim are the waters that suddenly appear in the channels that crisscross the Negev. Dovid Hamelech was praying for a blessing, but sometimes, if one does not take precautions, a blessing can become a curse.

This is exactly what happened to a group of 25 young people who went out for a hike in Nahal Tzofit. The group belonged to a pre-army mechinah, a preparatory program, called Bnei Tzion, where young people study before joining the IDF. These are usually programs that nurture young people for future leadership roles. These preparatory courses began under the auspices of the religious Zionist movement, but Lieutenant Colonel Yuval Kahan, a religious Zionist and a graduate of Yeshivat Otniel, decided to establish a mechinah program for the secular sector in order to nurture Jewish values and traditions within it. To attract young chilonim, he established his program in Tel Aviv. 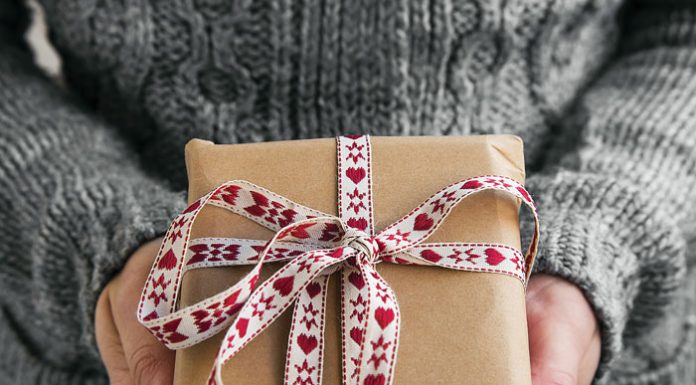 “We Want to Belong!” // Longstanding grievances come to a head when an Ethiopian teenager is killed by an off-duty policeman

A Man of Many Hats // Meet Rabbi Avraham Gislason, a...