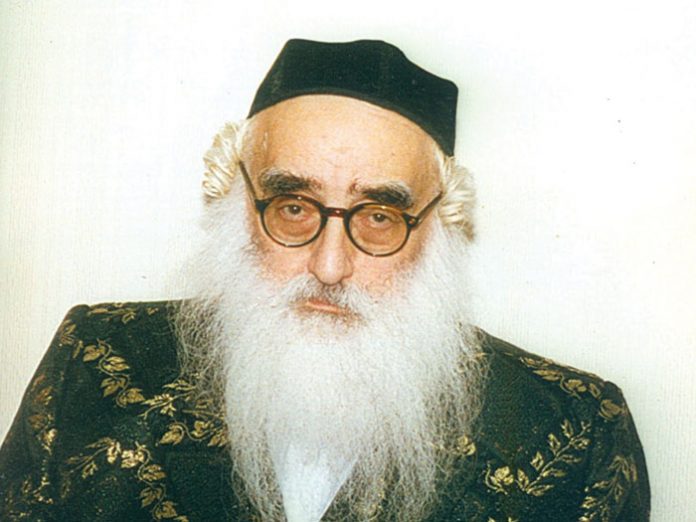 Klal Yisrael was plunged into mourning with the passing of the Vizhnitzer Rebbe of Monsey, Rav Mordechai Hager, zt”l. The Rebbe was revered and respected by all as the Zekan Ha’Admorim, and leaves behind a beautiful kehillah of thousands of devoted followers.
The Rebbe was born 95 years ago in the city of Grossvardein, which was then located in Hungary, to his holy parents, the Imrei Chaim of Vizhnitz, zt”l, and his Rebbetzin, a”h, the daughter of Rav Velvel of Rachmastrivka, zt”l.

Grossvardein was the center of Vizhnitz chasidus during the period between the two World Wars, and, during those years, was the home of the Admorim, the Ahavas Yisroel, zt”l, and his son and successor the Imrei Chaim, zt”l.

The Ahavas Yisroel had a special affinity for his young grandson, and once, while holding him on his lap, remarked, “Zeh chelki mi’kol amali. This is my reward for all of my toil.”
Although the Ahavas Yisroel passed away shortly after the Rebbe’s bar mitzvah, his image always remained before the Rebbe’s eyes and he was a major influence on his life.
As a bachur, the Rebbe was already renowned for his tremendous hasmadah, and he was rarely seen without a sefer. In addition to learning together with his father in Grossvardein, the Rebbe studied for a time in the yeshivah in Seklehed, as well as in Satmar and Pupa.
It is related that when the Rebbe went to learn in Pupa, the Pupa Rav invited him to eat a Shabbos seudah in his home. After meeting him, the Pupa Rav described him as “kadosh mei’rechem imo.”

The War Years
The Nazis entered Hungary shortly before Pesach in 1944. Shortly after Pesach, the Rebbe escaped over the border to Romania. Although they arrived safely in Romania, they were soon caught by Romanian border police and arrested. Many people arrested by the border police were sent back to certain death in Hungary. However, the Rebbe was miraculously spared and not returned to Hungary.

The Rebbe’s father, the Imrei Chaim, was smuggled over the border and arrived in Romania shortly thereafter, experiencing many miracles along the way.

After the war, the Rebbe moved to Williamsburg together with his shver, where the local Vizhnitzer chasidim appointed him as the rav of their Vizhnitzer Beis Midrash. The Rebbe also founded a Vizhnitzer yeshivah in Williamsburg, where he served as rosh yeshivah and delivered regular shiurim.

A Vinkel of Torah and Chasidus
In 1964, the Rebbe announced his plan to move to the bucolic village of Monsey, away from the distractions and immorality of the city streets. There, the Rebbe established his holy kehillah of Vizhnitz.

At that time, the Monsey area had little in terms of Yiddishkeit. Aside from the famed yeshivah Bais Medrash Elyon, almost no Torah infrastructure existed there. In this barren area, the Rebbe erected his holy kehillah, also moving his yeshivah there so the bachurim could grow in the wholesome atmosphere.

Upon the passing of the Imrei Chaim in 1972, the Rebbe assumed the position of Admor of Vizhnitz. One of his first acts as Rebbe was to institute the system of “sha’os tzetlach,” wherein every chasid was required to personally fill out a card detailing how many hours he had learned every day—as well as whether he had davened with a minyan and if he had been maavir sedrah—and to bring it to the Rebbe to review every month. The Rebbe spent much time reviewing each and every sha’os tzetel and would then tell the chasid what needed to be improved. For those living abroad, they would mail in their tzetlach and the Rebbe would send them a letter with his comments. 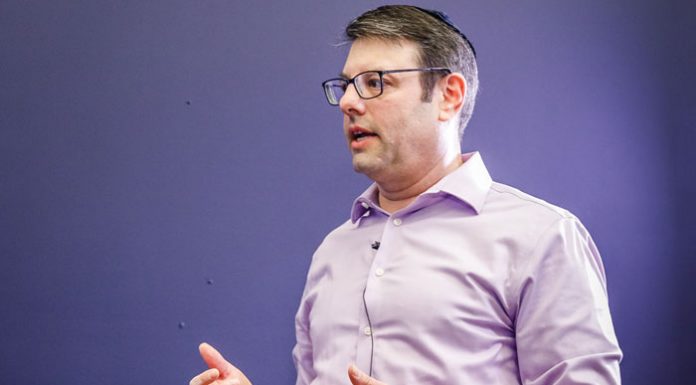 JTank – The Jewish Version of SharkTank

The Rebbe’s Snuffbox // My father Had Inherited A Precious Artifact...