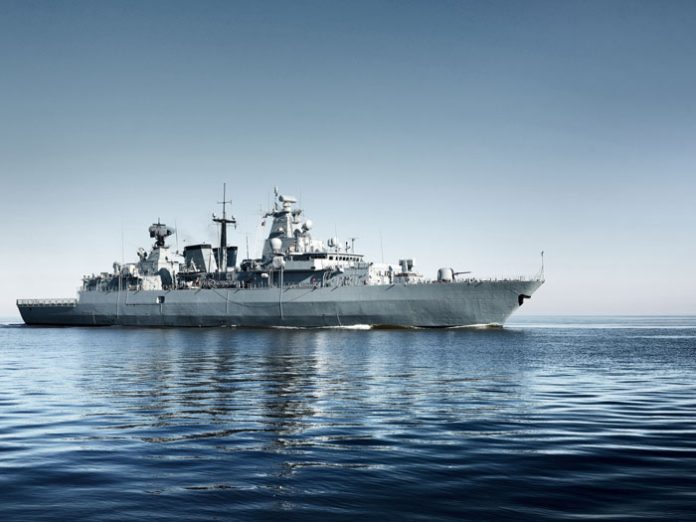 A BIG DECISION
Laurie’s story has a happily-ever-after ending, but being in the US Navy is not for the fainthearted. What drew this nice soft-spoken Jewish girl in such an unconventional direction?

“Ironically, it was two horrible events in my life led me to the Navy,” Laurie tells me, referring to the losses of her grandmother and mother less than three years apart. “But the Navy then turned out to be where the best thing happened to me: my marriage.”

Laurie Zimmet and her three brothers grew up in Simi Valley, California, acutely aware that their parents were Jewish. Her mother always spoke to them about the presence of G-d, instilling a sense of Jewish pride. At 11, an inquisitive Laurie expressed a further interest in Judaism, so her parents sent her to the only local Conservative synagogue. Then, in college, she was drawn to the Aish table, led by Rabbi Shlomo Goldberg, who sent her on to EYAHT, Aish HaTorah’s College for Women in Jerusalem, where she enjoyed a close relationship with Rebbetzin Denah Weinberg.

When Laurie returned to Los Angeles in the early 1990s, she landed the coveted job of assistant, and then executive producer, of Dennis Prager’s nationally syndicated radio talk show. A few years later she lost her mother and grandmother—her greatest inspirations—tragedies that tore this only daughter apart. “There were few Jews in our community, so my mother and grandmother were essentially my best friends. I was completely lost. I wanted to change direction, to do something meaningful with my life.”

She switched to a low-key job, teaching in a local Jewish day school and, in 2001, when she saw an advertisement seeking US Navy reservists, she leapt at the opportunity. “Serving in the US military was in my blood, which is why most people who join the military choose to do so. I grew up vaguely aware that my father was in the US Navy, before I was born, although I didn’t know any details. He constantly inculcated patriotism for his country; he’d take us to Point Mugu to see the annual air show and to tour the inside of Navy ships.”

She called her widowed father to share her dream, certain it would give him “nachas.” Instead, she got a reaction she least expected.

“He broke down, begging, ‘Don’t join the Navy.’ You have to realize that my dad is a huge muscular guy; he still swims a mile a day! To me, he is tough as stone. And there he was, crying like a baby.”

Laurie realized that she was grown up and the decision was ultimately hers, so weeks later she lovingly told her father that she had chosen to follow her heart and sign the enlistment form. Expecting an uproar, she was relieved when he invited her over for a heart-to-heart. ‘I’ll tell you the following,’ he told her, ‘but then don’t ask me about it again.’
To her disbelief, he then revealed that he had in fact been a Navy SEAL. He joined during the draft in 1948, straight out of school. He fought in the Korean War, where he had to kill people, and he also lost his own comrades. “I didn’t want you to deal with all that,” he told her.

WORLD AT WAR
Laurie figured she could juggle reserve duty while still keeping her teaching job and living a regular life. It was not meant to be.

Eleven days after enlisting, the Twin Towers were brought down; America was at war.
Four days after 9/11—a mere 15 days after signing up—Laurie’s Navy career began full steam. If she originally enrolled because she wanted to serve her country, now, with America knocked to its knees, she was even more impassioned.

Training involved gruelling physical and emotional exercises. “We had to be able to run a distance, do many push-ups and sit-ups in a prescribed minimum amount of time. We were expected to do our best. And then beat the minimum.”

“Were you given the same expectations as your male counterparts?” I ask.

“No, demands are customized according to build and stamina. But to be in the military, you have to be physically fit.”

Laurie started as a secretary during the Iraq War. When the Navy found out about her radio background, they promoted her to public affairs. By the end of the year, she was transferred to the intelligence department, Joint Interagency Task Force (JIATF). Each promotion required intense schooling back in the eastern US, before then being deployed, first to Iraq during Operation Enduring Freedom in 2003, then a year’s full-time service in the ground forces in Iraq through 2006 and a year in Afghanistan from 2010. Laurie was also part of the intelligence team in Washington, DC, in 2008, during Obama’s first inauguration, assigned to protect the 6,000 military personnel who entered the capital city for presidential ceremonies.

Contrary to what I imagined, working in the Navy does not mean spending months aboard a ship. “The majority of my career has been on land, not on sea. It’s been that way for the last 40 years. In fact, the US Army has more ships than the US Navy.”

She has been aboard historic voyages, like the USS Detroit and the USS Abraham Lincoln, but it was not a smooth sail. “I just remember the seasickness and being slammed awake by the constant blast of the ship’s tailgate which was located right by my cabin.”
That would turn anyone into a shipwreck. 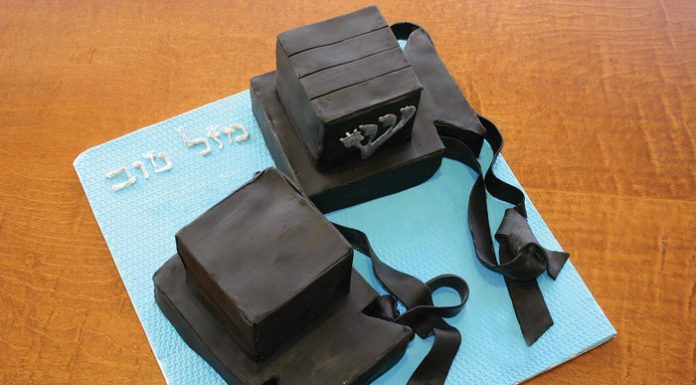 Shuey’s Bar Mitzvah // Would attending it seem like tacit approval?

News Fakers // Does It Still Count As Fifteen Minutes Of Fame If The Fame Is Fake Fame?