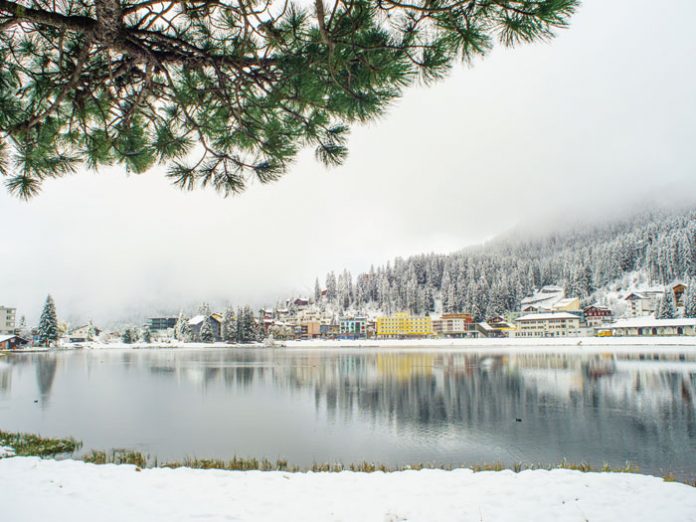 A day before my husband and I were due to fly to Zurich, I happened to read that Zurich is rated the quietest city in the world. Zurich was not my final destination—from there I’d be traveling by train a few more hours to Arosa—but this bit of information certainly added intrigue to the first leg of my trip. I imagined residents talking in a whisper, tapping gently instead of knocking at doors, electric streetcars tiptoeing down the streets, and children who didn’t know how to cry (or perhaps no children at all?).

I was not met with surprise. Though I didn’t leave the airport terminal, I observed enough to verify that they rightfully deserved their world record of silence. But not for good reason.
The queue at security was exceedingly long because, despite the large number of travelers, there was only one immigration booth open. There were many businessmen in line, since the flight had come from London’s City Airport—a short-haul route opened for the purpose of hassle-free business travel—and although the travelers’ expressions showed exasperation at best and seething fury at worst, not one of the well-connected first-class gentlemen so much as opened his mouth to protest the inconvenience. My lips, on the contrary, kept parting to speak up for all the mute passengers, but then, just as quickly, I clamped them closed again, for fear that, indeed, I would break an unspoken rule—or law—of silence in the world’s quietest city.

By the time we had stood in line for almost an hour, it was seven o’clock and our train was due to depart from the airport station in less than 30 minutes. I figured that by then many on line had missed their scheduled flights or train connections, but still, no one voiced any protest. Thankfully, I was in my seat by 7:25, a bit winded from the ordeal.

However, I discovered when I arrived in Arosa, that silence reigned not only in Zurich but across the country. Forget my earlier intrigue; this idea was losing its appeal.

On day one of the vacation, I decided to follow everyone’s recommendation and take an introductory ski lesson. Skis and sticks at hand, I went to the ski school’s small “playground” where I found myself competing with two-year-olds. It was an enchanting sight, seeing the fearless tots in miniature spacesuits responding to their instructor’s constant call for “pizza,” which I soon learned was a key braking technique. I was an awkward adult amongst toddlers, learning a sport that, at least for Swiss children, was the equivalent of walking.

After some trial and error—and of course mastering how to angle my feet into that crucial pizza-triangle decelerating shape—my instructor decided I was ready to take off alone down the shallow slope. Once I got comfortable, I decided to have fun and relax the rigid pizza shape to pick up speed.

And pick up speed I did. My skis skimmed over the smooth icy base as the pine-scented air hit my face. I indulged in the thrill. But apparently, I wasn’t ready. I had planned to “pizza” as I neared the base where the tots were gathered, but before I managed the maneuver, I found myself skidding towards the mechanical conveyor belt that carries the tiny skiers back up the slope.

Doom was unfolding before my eyes. I saw the cherubic padded-up kids stare wide-eyed in horror at my approaching figure, my ski-braced feet zooming towards them like daggers. I was a car out of control.

But no one came forward.

The instructor was nowhere in sight, presumably having gone on to the next newbie; and so, on I slid, towards a terrified helpless little child being pulled along by the conveyor.
Her safety was my only concern—that much I realized. Just before the collision, I tossed my steel-topped sticks behind me and spread my arms out before I crashed to the ground, so that I landed like a star— albeit a crooked one. My body cushioned the child’s fall, with her padded outerwear further softening the blow. As for me, my helmet slammed with such a thud that the impact alone automatically stopped the conveyor belt. I lay there, face up, staring heavenward at a shower of soft white snow, unsure if I was dead or alive.
The world was silent. 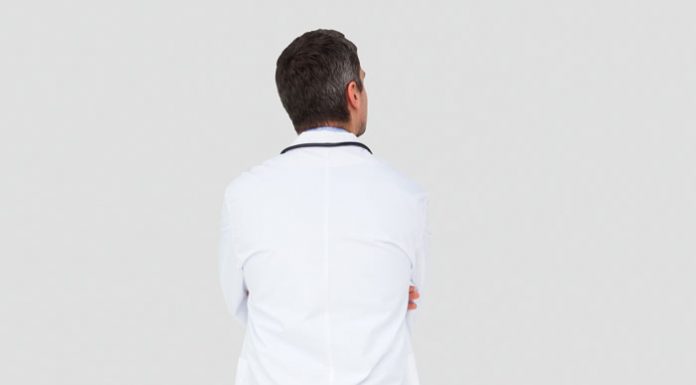 Of Doctors, Disease and Disclosure // How two families forged a friendship because of a doctor’s mistake