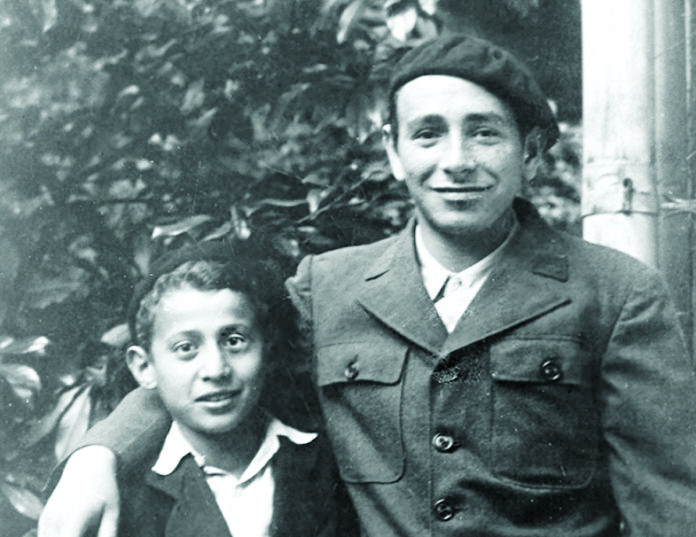 My father-in-law, around 20 years old at the time, lay among dead bodies in Kaufering, part of the Dachau concentration camp complex.

Yisrael Yitzchak Cohen and his fellow inmates had heard a rumor days earlier that camp commanders had been ordered to murder all the prisoners, to deprive the advancing Allied armies of any living witnesses.

The inmates’ despair, though, was leavened by hope, born of the sound of explosions in the distance. “We prayed,” he wrote in his memoir Destined to Survive, that “the thunderous explosions would go on forever,” and he “eventually fell asleep to the beautiful sound of the bombs.”

At one point it seemed as if the Nazis had abandoned the camp. The only moving things were shuffling “musselmen,” the emaciated “walking skeletons” rendered senseless by starvation and trauma. But the SS returned, bringing along prisoners from other parts of the camp complex, and all were kicked toward waiting wagons and, quite literally, thrown onto them.

But, when no one was looking, Yisrael Yitzchak and his friend Yossel Carmel managed to climb down from where they had been cast and found refuge in a nearby latrine. “Our stomachs,” he recalled, “were convulsing.”

Eventually the wagons left, and the two young men crept back into their cellblock, and posed, not unconvincingly, as corpses. On the 27th, an Erev Shabbos, the friends heard the sound of motorcycles rumbling and dogs barking. The Germans were back.

They held their breath. And then they smelled smoke. Peeking out from their hiding place, they saw flames everywhere. Running outside, the newly resurrected pair saw German soldiers watching a barracks burn, thankfully with their backs toward them.
There were piles of real corpses all around, and the two quickly threw themselves on the nearest one not aflame.

When Yisrael Yitzchak whispered to Yossel that they should recite Viduy, his friend reminded him of Dovid Hamelech’s teaching (Berachos 10a) that “Even if a sharp sword is against one’s neck, he should never despair of praying for Divine mercy.”
And that mercy, at least for them, arrived. Every few minutes, bombs whistled overhead, followed by fearsome explosions. The earth shook, but each blast shot hope into their hearts. The Germans now seemed really gone for good.

Dodging the flames and smoldering ruins, the pair ran to the only building still intact: the camp kitchen. There they found a few others who had also successfully hidden from the Nazi operation.
And they discovered a sack of flour, mixed it with water, fired up the oven and baked flatbreads. My father-in-law, who, throughout his captivity, had kept careful note of the passing of time on the Jewish calendar, noted with irony that it was Pesach Sheini, and they had baked Yetzias Mitzrayim-matzos.

The door flew open and another inmate rushed in breathlessly shouting: “Yidden! The Americans are here!”
They moved outside and saw a convoy of jeeps roaring through the camp. American soldiers approached the barracks, some, my father-in-law recalled, with tears streaming down their faces at the sight of the piles of blackened, smoldering skeletons.
“Along with the American soldiers,” Yisrael Yitzchak wrote, “we wept.”
And then he recited Shehecheyanu.
Eventually, my father-in-law made his way to France, where he cared for and taught Jewish war orphans, and then to Switzerland, where he met and married my dear mother-in-law. The couple immigrated to Toronto and raised five children. For decades thereafter, each Pesach Sheini, he and others who had been liberated from Kaufering that day, along with other camps’ survivors, would arrange a special Pesach Sheini seudah in New York or Toronto, during which they shared memories and thanked Hashem anew.
As the years progressed, though, sadly but inevitably, fewer and fewer of the survivors were in attendance. And, this past January, my father-in-law, too, like Yossel Carmel before him, was summoned from this world.
However, he left not only his wife, and my wife and her siblings, but scores of grandchildren and great-grandchildren, spread across several states, Canada and Israel.

And all of them marked this Pesach Sheini, nearly 100 gathering together in person for a seudah, with others participating at a distance.
My father-in-law wasn’t there.
But his story was.
And it will be, b’ezras Hashem, every Pesach Sheini, for years to come. 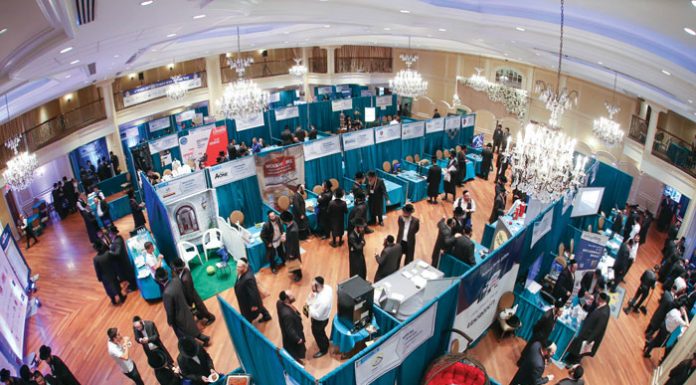 Send in the Clowns // psychologist Neal Goldberg, who specializes in...