There are many problems right now with regard to Uman, if I may use such a negative term.
Yes, you may.

Yesterday I called Israel’s ambassador to Ukraine, but he didn’t want to talk about it. He told me that the State of Israel had forbidden him from discussing the situation, and that it was very complicated.
It’s terrible. Jews are being beaten and arrested; it really evokes images of the period of the Holocaust. Jews are being forced to sleep on the streets for days.

What are you advising your chasidim to do right now? Are you telling them to go or not to go to Uman?
All I’m telling them to do is to be mitpallel, because right now the situation is very precarious. A group of people who were traveling to Uman weren’t allowed to leave the plane. They were stuck on a plane for five hours in Paris, and they were also beaten.

It’s a case of sakanat nefashot. Of course, you remember the years when it was impossible to travel to Uman for Rosh Hashanah.
Yes. Things were opened up a crack in 5744, but before then Uman was completely closed. It seems as if we have now returned to that status. 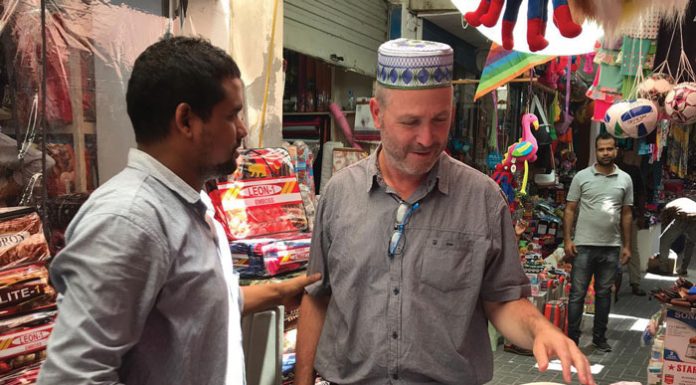 From Brexit to Maga