You know that old song that starts off with the line about how great Purim is for men and children? Yeah, you know the one, with Moshe Yess singing from the point-of-view of a woman but not even trying a falsetto.

I’m totally sympathetic to the sentiment about the difficulties of cleaning for Pesach and how they often fall mainly on women (though I’ve never figured out if the song itself was sympathetic). But I do have some objections to saying that Purim is all joy and glee for men. Anyone who thinks that way hasn’t delivered mishloach manos to his children’s rebbeim and teachers.

Or what happened to me last year.

Oh, it sounds so easy. Just get all the mishloach manos into the car, load the kids in, and drive around, dropping off the packages, with each child getting to go in and see his rebbe or teacher.

Yeah, of course it sounds easy and nice, if you’ve never done it. But if you have, you know the deep frustration and even tormented rage (am I overdoing myself here? I’m not sure) that the process entails.

Or what happened to me last year.

Of course, the first thing to remember is that all of this is going on after you’ve already gone to hear the megillah, and likely after your wife has gone, as well. There are two opinions on how to handle all of this. There’s the Type A personality, who gets up for vasikin (and often drags his kids to it, as well) so that he can start the whole mishloach manos process off early and efficiently. Then there’s the relaxed person, who gets up later, determined to enjoy Purim, despite the daunting day he has ahead of him.

And then there is the third type of person, who has no opinion but is instead buffeted about by the needs and wants of other people and the vicissitudes of the moment. That would be me, rising in some years to run groggily to vasikin and in other years rising later, to run groggily to a later minyan. (The running and the grogginess are constants.)

No matter what time I arrive back home, my nerves are already frayed. That’s because I know what I’m facing: the deliveries.

(And the possibility of what happened to me last year.)

My wife is a morah, so she’s generally stuck at home all day, receiving her own visits from students and parents. That means that it’s up to me and my children to get everything delivered, in the mass chaos that is Jewish neighborhoods on Purim.

There’s the whole process of getting out of the house, to begin with. There are the different mishloach manos, arranged by importance of intended recipient, that my wife has made. Some are elaborate and require careful handling; some are simpler. Some look almost exactly the same but are very specifically aimed at specific people. (“The frosting on that one looks better, so bring that one to Chaya’s morah. The other one can go to the Silverbergs.”)

All must reach the right person. Every one of them must be carried out to the car and secured, somehow. Generally they don’t all fit, so you need to calculate who you’ll be going to on the first run, which involves a kind of mental mapwork that I can’t do even on a calm day. 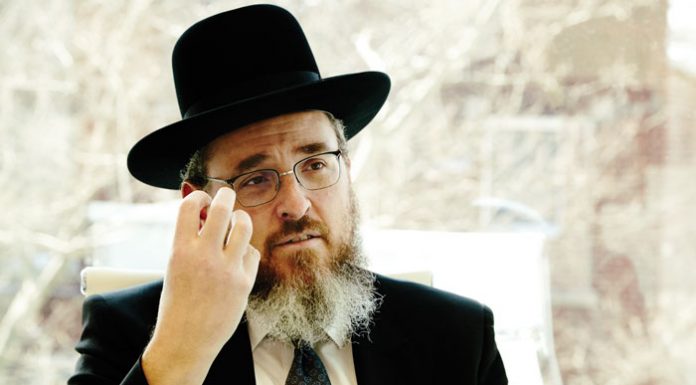 The Legacy Of Chevron // A visit from the Rosh Yeshivah, Rav Yosef Chevroni