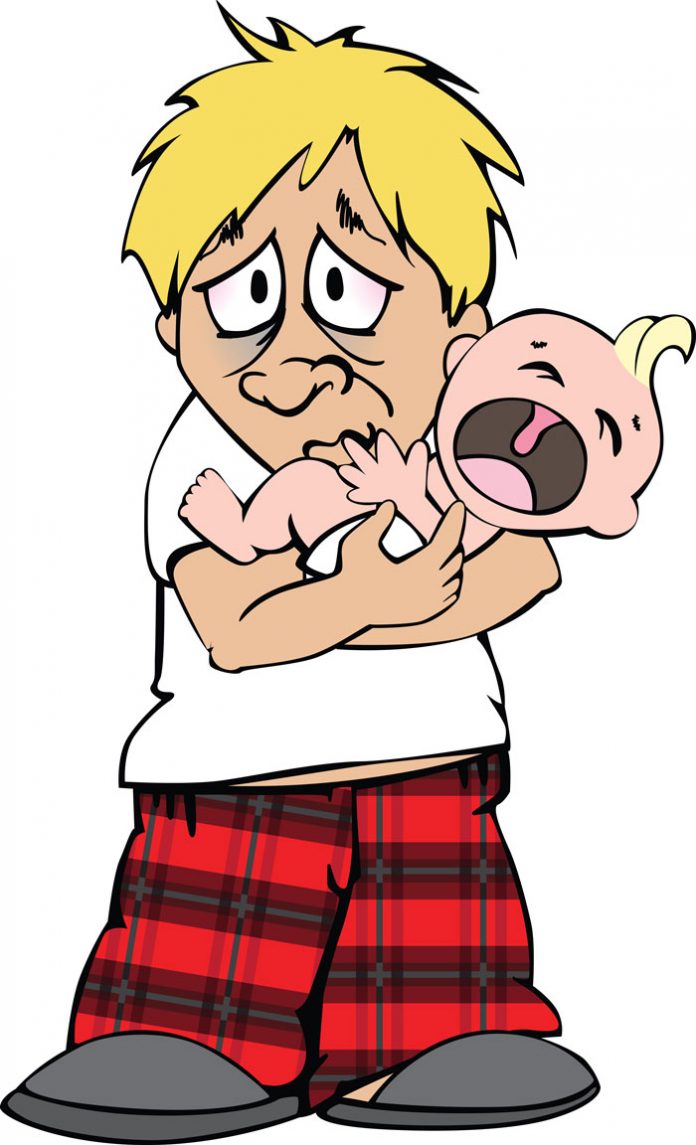 Mention the word “colic” to parents who have experience with it, and most of them will shudder at the memory. “Colic is the worst,” says Heather Michaelson of Baltimore, Maryland, whose daughter, Liora, now 8, cried nonstop from her fifth day of life until she was six months old. “Someone had to hold her at all times and bounce her. I took her to the doctor, who asked all the usual questions: Did we check the diaper? Was the crying mostly at night and after meals? Did we swaddle her? Yes, yes, and yes.” The doctor explained that Liora had colic, episodes of crying for more than three hours a day, for more than three days a week, for at least three weeks in an otherwise healthy child. Colic was not a diagnosis, only a description of symptoms with no known cure. “After that, every time someone asked ‘Do you think she’s colicky?’ I’d explain that there was nothing to do but wait it out. Three months into it, I was at the end of my rope; as soon as someone said, ‘Do you think it’s colic?’ friends who knew me well would slowly back away.”

Colic affects up to a quarter of infants, but the cause is unknown. Some have attributed it to a cow’s milk allergy, but symptoms often still persist after mothers change their diets, or dairy formula is substituted with soy. Others believe that colic is related to gas pains or hyperactivity of the digestive tract, but studies have been inconclusive. Psychological and social factors, such as parents’ personality or anxiety, or the baby’s temperament, have also been proposed as a cause, but no evidence supports that. The symptoms usually appear around six weeks of age and are gone by six months of age—but those six months can be torture, as Ilana Gimpelevich of Dunwoody, Georgia, can testify. “After child number one, I felt like such a parenting expert: read a book, apply, and voilà! Baby number two had colic. He refused to take a pacifier, refused to nurse for longer than five minutes, refused to fall asleep in the car, projectile spit-up all the time, and didn’t sleep through the night until he was two. Now I wanted to burn the books and call the experts —especially at 2 a.m.—because nothing worked.”

In desperation, parents will resort to almost anything to calm their colicky babies. Ramat Beit Shemesh resident Shira Saltzman says that her husband slept in another room for eight weeks because their colicky baby could only be calmed by white noise from a blow dryer. “Before we invested in the blow dryer,” Shira says, “I was running the vacuum cleaner at 2 a.m.” Amy Rosenbach Watenmaker of Sunnyvale, California, was on edge for three months while her baby, Ilan, was colicky. “He screamed every day and every night nonstop. We tried everything—those 5 S’s: shushing, swaddling, swinging, etc.—but nothing worked. We drove cross country with him when he was just two months because we figured it would be better to drive than fly. But it was so bad that when we got to our friends in Colorado, we decided to ship our car and fly the rest of the way to New Jersey.”

However, for all these mothers and parents like them, there may be good news. This week, the American Academy of Pediatrics published a review of four studies that found that a certain probiotic—official name: Lactobacillus Reuteri DSM17938—can reduce crying and fussing in nursing babies with colic (only one study included formula-fed babies, so it remains to be seen if the probiotic will also help them). After two weeks, nearly 60% of nursing infants receiving the probiotic improved, meaning, their crying time was cut in half. By three weeks, two-thirds of the babies had improved.

Stretches // My daughter and I are on the same...