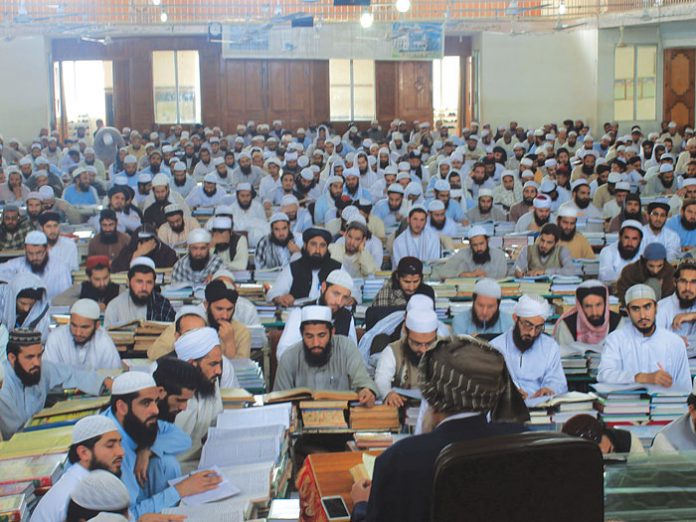 It might be easier to list all the good reasons to cut our financial ties to Pakistan than to list the many, many bad reasons that brought about American financial involvement in Pakistan in the first place. Yes, I believe that this time President Trump is right to suspend sending more good money after bad.

I belong to a small but beleaguered group of former members of the intelligence community who insist that facts matter. I do not think that history belongs to either party.
The facts show that Pakistan was the last place on earth where America should have invested tens of billions of dollars, let alone the lives of our brave sons and daughters. It is time to cut our losses and go home. As with Vietnam, getting into Pakistan was a mistake from the very beginning.

Pakistan, like Palestine, did not even exist as a political entity until recently. Even the name Pakistan is an acronym composed of the first letters of the northernmost Indian provinces that seceded in 1947 to form a majority Muslim state: Punjab, Afghan (now North West Frontier), and Kashmir. Pakistan is unique in that it is the only country created in the name of Islam. It was created in 1947 as an independent homeland for Indian Muslims as a result of the Indian subcontinent’s struggle for independence.

The Pakistan movement was led by Muhammad Ali Jinnah, a pro-British moderate Muslim who believed in the separation of church and state and the principle of religious freedom. In his first speech to the Pakistan Constituent Assembly, he declared: “You are free; you are free to go to your temples, you are free to go to your mosques or to any other place of worship in this state of Pakistan. You may belong to any religion or caste or creed—that has nothing to do with the business of the state.”

The British government acceded to the creation of Pakistan primarily because it believed that this new Muslim nation would be founded on Jinnah’s principles. Unfortunately, Jinnah died of tuberculosis within two years, taking the British hope of a moderate Islamic state with him.

What emerged in Pakistan after Jinnah’s death was an infant state that would grow into a political and religious monstrosity. When people say that ISIS has been defeated, I tell them to go to Pakistan. Every form of barbarity practiced by ISIS arose from the seeds of Islamic heresy planted in the numerous madrasas of Pakistan.

There are more than a thousand of these seminaries today. Some madrasas were the direct creation of the bin Laden family, who continued to meet with Osama there long after the family had supposedly disavowed him. The school textbooks used by ISIS and the Taliban were printed with Saudi money and distributed through the madrasa system, along with free room and board for any poor student who wished to attend. The name Taliban actually means a “madrasa student.”

Pakistan was not always poor, nor was it a nation where education was dominated by religious extremists. At one time many centuries ago, a portion of Pakistan was believed to be the wealthiest place on the planet, not to mention the most educated. The ancient university of Taxila in the northwest part of the country was documented by the invading forces of Alexander the Great, and it was also recorded by Chinese pilgrims in the fourth or fifth century CE.

History may say that the Arab world was granted education, oil and the Silk Road, all of which were wasted by the Muslims. Nowhere is the waste more apparent than in Pakistan.
The Arab companions of Muhammad were so careless about recording his words that it took more than a century before the first written text was created, and even then, there was so much disagreement about the order of the surahs (chapters) in the Quran that the verses were arbitrarily rearranged from shortest to longest, a change that destroyed their original meaning.

The Rebbe’s Snuffbox // My father Had Inherited A Precious Artifact...

Public Service in Challenging Times // A conversation with New...

Who Lost Hong Kong? And why is China so fixated on...