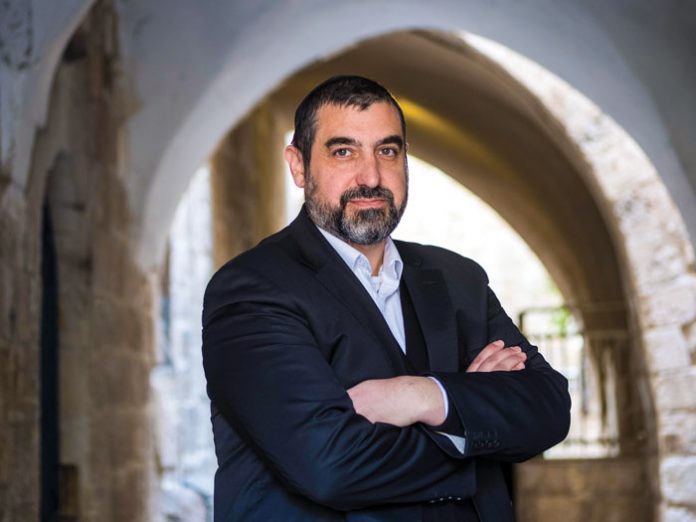 On the night of Purim, when the baal keriah joyfully reads the Megillah that relates the ancient story of the Persian ruler who reigned from Hodu to Kush, Shimon Efraim’s heart trembles. When it describes the king’s courtyard, his luxurious palace and enormous wealth, his mind wanders back to his own youthful days of unlimited riches, a bejeweled throne and golden scepter—for that is the royal lifestyle that he and his family once enjoyed. No one in his Jerusalem synagogue could ever imagine that the frum Jew sitting among them, silently following the words of the Megillah, is the great-grandson of the Persian Shah, or king, who ruled over a vast empire only a few decades ago.

“All of the descriptions in Megillat Esther remind me of my childhood,” he says with a smile, “which only makes me realize how happy I am to have found my place here, in the Holy City of Yerushalayim, as a member of the Jewish people.”

Shimon Efraim makes his home in an ancient stone house in the Old City. For reasons of safety I will not reveal his last name, but I can tell you that he is in his 40s. He looks like any other ordinary avreich, and it is hard to envisage that in another time and place this scion of an ancient dynasty that ruled over Persia for hundreds of years was a prince living in Tehran, a member of the royal family that lays claim to the Persian crown.

Shimon isn’t descended from the family of Shah Mohammad Reza Pahlavi, who was deposed by Ayatollah Khomeini in 1979. Although Mohammad Reza Pahlavi was the last chronological Shah of Iran, the Pahlavis weren’t considered to be the legitimate rulers by most Persians. In fact, the Pahlavi dynasty was short-lived, lasting only two generations. Shimon is a descendent of their predecessors, the Qajari dynasty, who ruled over the mighty Persian Empire from 1785 to 1925. The last Shah of the Qajars, Ahmad Shah, was overthrown in 1925, but he and his descendants are revered to this day. Shimon is a direct descendant of Ahmad Shah. He still remembers his grandmother, the Shah’s daughter, who was known as the “little princess.”

“Even after the dynasty was overthrown we were treated with great honor and respect. Most people felt the Qajaris were the real royal family and not the Pahlavis who had ousted us. My great-grandfather, the Shah, went to live in France after he was deposed, but most of the other family members remained in Persia. I remember as a child going to visit my uncle, and when he walked into the room everyone stood up and bowed, addressing him as ‘Shahzadeh,’ the son of the king. My grandmother, who was an authentic Qajari princess, used to tell me stories about her days in the royal palace and what it was like to grow up with the Shah as her father. She raised us to be aristocrats.”

Shimon’s mother Mina, the granddaughter of Ahmad Shah, took a slightly different path from the rest of her family and decided to marry a young Christian man named Charles, a scientist who was living in Tehran. At first the family was furious that the princess would marry someone who was neither Persian nor even Muslim, but they eventually relented and the couple had three weddings: a Muslim ceremony, a Christian ceremony, and an official public wedding. In 1971 they had their first child, a boy, and they named him Simon. At the surprising insistence of his Muslim grandmother, the “little princess,” baby Simon was circumcised eight days later. Soon afterwards another son was born, and the two boys lived in splendor in Tehran and attended the prestigious International School. The reigning Pahlavi Shah continued to show respect for the family. “I even remember when the Shah came to visit my grandmother and bestowed some kind of royal honor upon her.”

Then in 1978, when Shimon was seven years old, his entire world was turned upside down. That year, a wave of civilian protests erupted in Tehran opposing the Shah’s regime, which was perceived as too Western-leaning. (At the time, Iran was an ally of the United States.) The Shah directed his army and security forces to suppress the demonstrators, but US President Jimmy Carter discouraged him from coming down too hard on them. The Shah’s advisers warned that capitulating would only encourage the protestors and make them more powerful, but Carter, a stalwart defender of human rights, refused to sanction the use of military action. Millions of people filled the streets of Tehran and thousands of others demonstrated in cities across the country. When the Shah finally ordered his army to respond to the demonstrations, the soldiers refused to open fire on their fellow citizens, and anarchy reigned in the streets. The Shah had mistakenly thought that the United States would protect his regime. Shah Mohammad Reza Pahlavi went into exile in January 1979, moving from country to country until he died of cancer a year and a half later in Egypt.

“I remember the riots very well,” recalls Shimon. “One day a missile hit a school bus that some of my friends were on. Almost 40 children were killed. It was then that my parents decided that the time had come to leave Iran until the storm passed. We left Tehran shortly thereafter.” 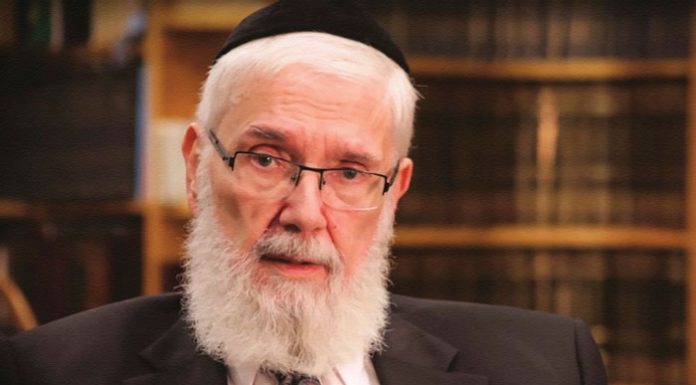