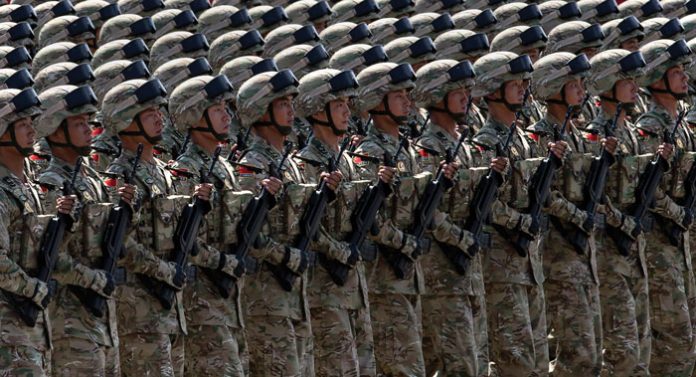 The discovery of new evidence concerning China’s interest in helping Jews escape from Nazi Germany sheds light on a little-known chapter in the history of the Holocaust. But it is also likely to ignite a new round in the ongoing controversy over Communist China’s attempts to rewrite the history of Chinese aid to Jewish refugees.

Writing recently in the Israeli newspaper Ha’aretz, scholar Aron Shai described documents he found in Chinese state archives about a plan to settle large numbers of European Jewish refugees in the southwestern province of Yunna, along the China-Burma border, in the 1930s.

Shai is the Shoul N. Eisenberg Professor of East Asian Studies at Tel Aviv University, as well as pro-rector of the university. He has authored eleven books and dozens of scholarly articles on Chinese history.

According to the documents, the Jewish refugee plan was devised in late 1938 or early 1939 by Sun Fo, who was chairman of the state legislature and the son of Sun Yat-sen. The latter was the founder and first president of the modern Republic of China, forerunner of Taiwan.

Sun Fo’s memorandum outlining the rescue plan notes that “the U.S. and British governments have not given the Jews sufficient help,” while, in contrast, thousands of Jewish refugees had been permitted to settle in the Japanese-occupied Chinese city of Shanghai. “But now, with that city inundated with refugees, there was a need to reduce the stream of asylum seekers,” which is why Fo set his sights on the 152,000-square mile Yunnan region.

Prof. Shai reports four reasons for the Sun Fo plan, the first of which was humanitarian: Chinese officials believed it was simply “the right thing to do” for oppressed people. There were three additional considerations: the hope that British Jewish financiers who worked in East Asia would influence the British public to be more sympathetic to China; a desire to impress the American Jewish community; and the expectation that the European Jewish newcomers, “who had considerable economic means and talents,” would contribute to the development of China.

The plan aroused sufficient interest that in April 1939, Chinese Prime Minister and Finance Minister Kong Xiang-xi arranged a series of discussions about it with officials from the interior, foreign, defense, finance, and transportation ministries.

Eventually, the ministries agreed that the Jewish refugee community should not be set up too close to the border or near international trade zones. Also, at the insistence of the finance ministry, refugees would not be permitted to own land; Jews with “farming or foresting skills” would be placed in agricultural regions; and “scientists, engineers, doctors, technicians, and the like” would be given priority over other Jewish immigrants. With those stipulations, the ministries endorsed the refugee settlement plan, and Kong’s cabinet “approved the move in principle.”

Exactly why the plan never materialized is not spelled out in the documents, according to Prof. Shai. It seems likely that the ongoing Japan-China war would have distracted the Chinese government from being able to undertake such a novel and complicated scheme. Shai points out that at the time the plan was under consideration, “The Chinese government was in the midst of a humiliating withdrawal inland from the Japanese forces charging west after the fall of the provisional capital of Hankou.”