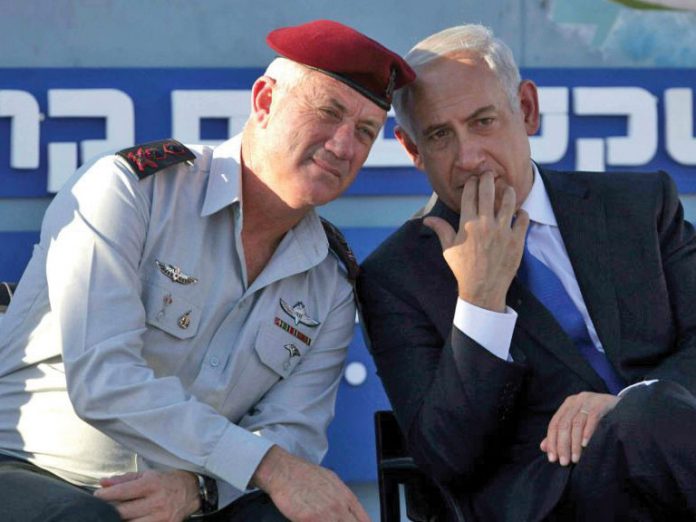 Likud has been attempting to paint Gantz as left-wing, a tactic some in the party believe is a failure and even counter-productive. And Gantz bringing in Bibi’s former defense minister, Moshe Yaalon, has boosted his popularity as well.

With the possibility of an indictment hanging over Bibi’s head and the announcement by Attorney General Avichai Mandelblit that he would not wait until the elections are over to make a decision about the indictment, Gantz’s increasing popularity is bolstered by Bibi’s legal uncertainty.

What could make Gantz’s spike in the polls a real game-changer is a decision by Yair Lapid to attempt an accord and joint list with him. Previously the Yesh Atid head had attacked Gantz, but he has now decided that that was a mistake. Yesh Atid MK Ofer Shelah told the Times of Israel: “Conversations are being held between Yair Lapid and Benny Gantz and a decision will come in the next two weeks.”

The possibility that Gantz could bring a centrist political bloc together has reportedly caused some political donors in the US to band together to try to save Bibi— an effort Arutz Sheva claims is being spearheaded by Rabbi Yosef Yitzchak Aharonov, a leader of Chabad in Israel who has previously been influential in rallying support for Netanyahu.

There are also reports that the political right is rallying. The Kan broadcast company reported that the New Right Party, newly formed by Naftali Bennett and Ayelet Shaked, is attempting to bring together Likud, Kulanu and Yisrael Beiteinu to form a coalition that would more easily defeat Israeli Resilience.

A Fifth COVID Wave? // Or a political predicament… by...