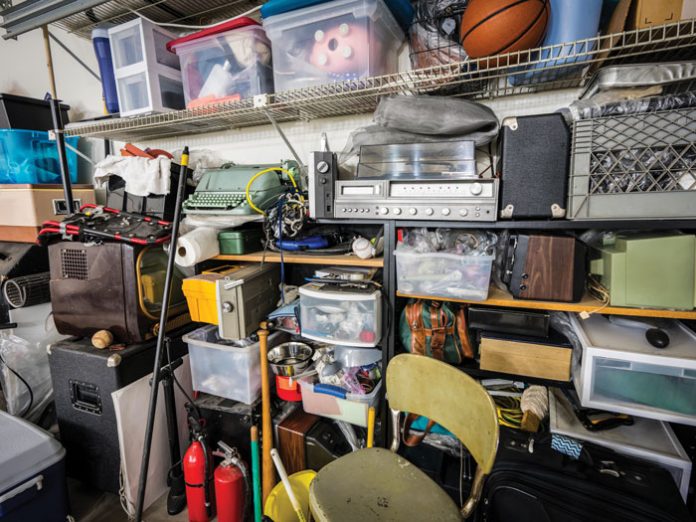 I am no Marie Kondo—the author and cleaning guru who helps people get organized by keeping only the items that create “sparks of joy”—but I am pretty neat and organized. My husband is also very neat and organized. Like, in a mental and spiritual way. Which is good but it doesn’t necessarily translate to his closet, or to the overflow therein. Or rather, thereout.

I am sitting on a pile of old pants that should have been thrown out ten years ago (actually, come to think of it, didn’t I throw them out ten years ago? How did they get back here?) and I am holding a heavy round device with a thin cord attached to it. It looks familiar but vaguely so, like something I had once seen in a museum.

“The world’s first Discman! Like, the first one ever made!” My husband beams with pride. “I was the first kid in my class to have one!”

He shrugs. He looks at the device. He plays with the button that flips the top open and then closed. Click, click. “Nah, probably not.”

“Plus, it’s pretty much from before Prohibition.”

“So you’re never going to actually use this again.”

“So out it goes!” I lay The World’s First Discman™ on the discard pile. My husband looks at it. Then he looks at me.

With a sigh, I scoop it up and hand it back to him. Sparks of joy: zero.

Some of my kids have inherited the keeping gene,too. “Nooo!” my daughter shrieks when I attempt to toss her notebooks from first grade. “I worked so hard on those!”

“Even this one?” I ask her, opening a notebook that has mostly doodles.

“How about this doll?” The doll has one eye. The doll will give me nightmares. The doll must go.

“Don’t you remember,” says my daughter, her voice soft and low, “when you bought me that doll? And now you’re just going to throw it away?”

“Ima! Did you already throw other things away without showing me first?”

I allow myself a moment’s panic, hoping I had jammed the broken Play-Doh set deep enough in the garbage can to hide the evidence.

“Ima! Did you throw out any of my things?”

In the face of her tears, I do what any self-respecting mother would do. I lie and tell her no.

I wouldn’t call the strange state of nostalgia that afflicts my husband and kids at the thought of throwing out something they haven’t touched in years mess-inducing, but the inability to throw something, anything, out inevitably leads to clutter, and when you are surrounded by so much stuff, most of which you do not even need, it’s very, very hard, maybe even impossible, to be organized.

The Frenemy // They say to keep your friends close, and your enemies closer. But what if you can’t tell them apart?