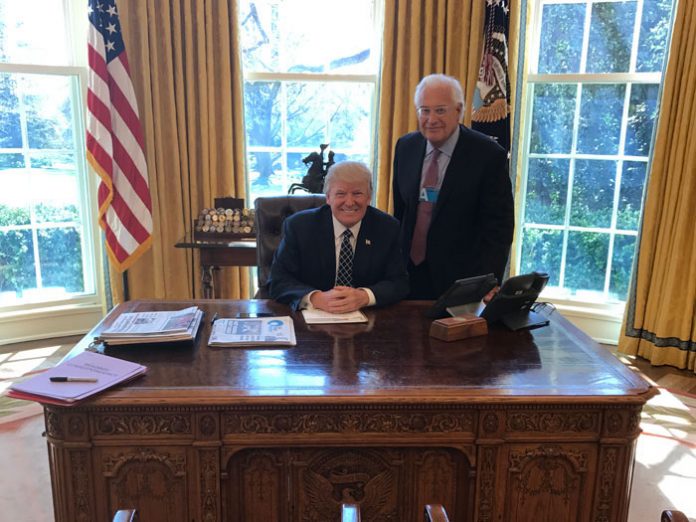 The conflict was palpable. During much of the Obama administration, the White House and the Israeli government, though often cordial in public pronouncements, were clearly at loggerheads. At times, even the official statements were edged with hostility over the administration’s views on the Israeli-Palestinian conflict. The decision of the White House not to veto UN Security Council Resolution 2334 at the very end of President Obama’s time in office was the apogee of that hostility, giving the sense that the White House had abandoned Israel.

The atmosphere has changed, dramatically, under President Trump. At the UN, Israel has been robustly defended by US ambassador Nikki Haley. American attempts to probe the question of peace between the Israelis and the Palestinians no longer feel like the White House is holding a gun to the Israelis’ heads. And there is a sense of greater understanding and respect between the US and Israel.

A major sign of that about-face was President Trump’s decision to nominate David Friedman as US ambassador to Israel. Mr. Friedman, who was working at the time as a successful bankruptcy attorney, was an outspoken defender of Israel, and it became clear during his confirmation process that his passion on behalf of the people of Israel was the sole disqualifying characteristic in the eyes of those senators who disapproved of his nomination. Mr. Friedman was eventually confirmed, with 50 Republicans and just two Democrats voting in his favor.

Jews have only recently been appointed as ambassadors to Israel (Martin Indyk was the first, in 1995), and Mr. Friedman is the first Orthodox Jew to serve in that capacity. In the US, he resides in the Five Towns and goes to shul at the Young Israel of Lawrence-Cedarhurst. Rabbi Zalman Wolowik of Chabad of the Five Towns, who has had a learning seder with Mr. Friedman for years, flew to Israel to kasher the official residence of the US ambassador and to affix mezuzos to its doorposts.

Mr. Friedman’s relationship with President Trump dates back to his work with the president on bankruptcy cases, starting 16 years ago. The business relationship soon developed a personal aspect. As Mr. Friedman has recounted, Trump traveled through a blizzard to come to the Friedmans’ house when Mr. Friedman was sitting shivah for his father. Mr. Friedman was one of the eidim on Jared and Ivanka Kushner’s kesubah.
Not only is the new American ambassador a strong supporter of Israel, he is also someone from our community, making his position especially interesting at a time when Israel has come under ever greater international pressure to relax its defense of its citizens. To get a better understanding of his role, I spoke last week with Ambassador Friedman about his duties and his experiences, and what he has encountered in the region. As he showed in his confirmation hearings, facing down aggressive questioning by senators with composure and restraint, the ambassador was both articulate and carefully thought-out throughout our conversation.

An Ambassador’s Job
The first question, of course, is what a US ambassador to Israel actually does.
“Being a United States ambassador to Israel means managing the US relationship with Israel on a number of levels,” Ambassador Friedman told me. “People tend to think primarily about the political relationship, and that’s obviously part of it, so that means making sure the countries are in sync politically, that each country understands the other, and that they cooperate and help to advance each other’s interests to the greatest extent possible.

He said that the positive relationship between the two countries has many aspects. “My job is continue that and to make sure every opportunity is taken to advance both countries’ interests.”

The US Embassy remains in Tel Aviv for the moment (it will eventually move, the ambassador says, in line with Mr. Trump’s campaign promise), but Mr. Friedman says he’s not sitting at a desk there every day.

“I’m out of the office a lot. I usually have a number of speaking engagements during the week. I meet often with Prime Minister Netanyahu and with members of the Knesset. I go to public events where new facilities are being opened. And I try to understand the security situation as best I can. I try to get into the embassy two to three days a week, but I’m not always able to do that. I have a pretty busy schedule.”

While the official residence of the ambassador is in Herzliya, a suburb of Tel Aviv, the Friedmans own an apartment in Yerushalayim, and he said that he splits his time between the two residences. “It really depends primarily on my schedule for the next day.”

Does the skills from his prior career come in handy as an ambassador?
“For 35 years I was engaged in a legal practice involving many complex, contentious and high-profile disputes,” he said. “The skills that I developed over that career—negotiating, exercising discretion, advocacy and just understanding human nature—are all serving me very well in my new job.”

What kind of contact with the president does he have?
“It’s not regularly scheduled contact. We talk when there’s something to talk about. I’ve been down to Washington twice to meet with him since I was appointed. I’ll call him when I need to speak with him, sometimes more often, sometimes less. So we stay in touch.”
Mr. Friedman had been an observer of the politics of Israel for a long time; his pro-Israel columns for Arutz Sheva and other publications were the main sources of statements that opponents of his confirmation tried to use against him. I asked him whether there were any surprises, nonetheless, that he discovered once he was on the job. 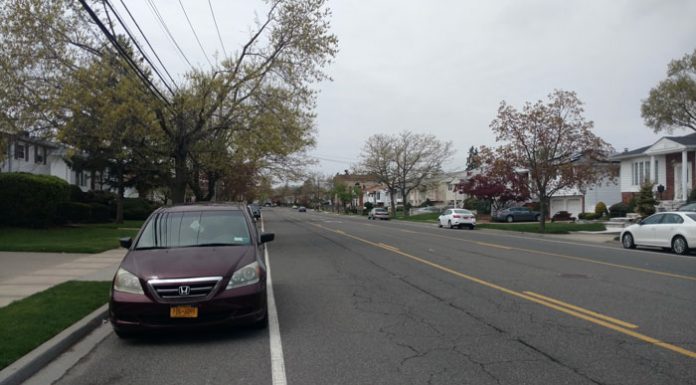 Why Do We Care What They Think? // Ignoring people’s opinion is hard —...