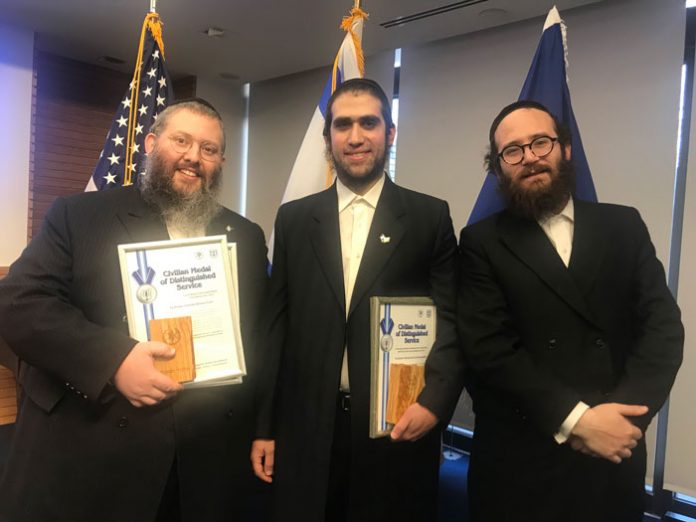 For Mordechai Lichtenstadter and Simcha Czin, the morning had started out quietly. When the American duo arrived at the Kosel on Shabbos morning, there was no way they could have known they’d find themselves in the middle of knives, gunshots, a terrorist and his victim. “We go to Eretz Yisrael together every year for Lag BaOmer,” explains Simcha, “as we’ve been doing for the last ten years. Shabbos morning, we go to the Kosel. After davening we stay behind to recite the entire Sefer Tehillim, and then when the plaza is empty, we walk back.”

By the time they decided to walk back through the Old City, it was past 1 p.m., and there were scarcely any other Jews around. Shacharis had long come to an end, and there was still quite some time before folks would start rolling in for Minchah.

Simcha wore his tallis draped over his shoulders, while Mordechai held his tallis neatly in his hands. As they made their way into the sparsely-populated marketplace, they wondered about their decision to take that route, as they could see neither Jew nor policeman. They kept their thoughts to themselves and walked on.

“As soon as we turned the corner,” Simcha goes on, “we saw the terrorist pass right in front of us. Suddenly, from behind, we heard a commotion. We turned around, and we saw the terrorist’s knives going up and down, into the police officer. It was happening for real! We were witnessing a terrorist attack!”

An Israeli police officer was being stabbed, and it came down to the pair of American yungeleit from Brooklyn to save him. They were ten feet away and had a split second to make their decision. What could they do? And would it even be enough? Without a moment to lose, Mordechai, the more agile of the two, handed his tallis over to Simcha and sprang into action.

Previously unreleased footage from a nearby security camera captured the moment of struggle. On the video, we see the terrorist, with a knife in each hand, his jacket flapping in the wind, attack the policeman from behind. The officer drops to the ground with his feet up in the air. He manages to fend off his attacker, but not for long. Within seconds the terrorist is upon him, delivering piercing stabs, and bringing the officer to the brink of death.

Suddenly Mordechai appears in the frame, throwing himself upon the jumble of flailing arms and legs. He begins pulling the terrorist off the policeman, but just as he grabs hold of the terrorist, a nearby Arab pounces on Mordechai. Now it’s a terrorist with a pair of knives and a ready accomplice, against a wounded policeman and a chasid from Brooklyn. Odds were not in favor of the latter team.

“I knew that if I wasn’t going to help the police officer he was going to die,” Mordechai remarks gravely. “The people around us were running away. No one came to help us…and one of the people who was there actually tried preventing me from helping the officer.”

“Exactly,” exclaims Simcha. “The only people who were there either ran away or they tried helping the terrorist finish his job.”

“It obviously felt much longer than it was,” Mordechai points out, “but on the video, it’s clear that the entire encounter didn’t take very long. Because you’re so involved and you’re fighting for your life it feels like forever. Of course, I knew I was putting my life in danger, but I didn’t have time to process that information. I just knew that I had to help the guy and that’s when I ran. I didn’t think. There was no time to make cheshbonos.”

“When we considered the entire situation,” Simcha adds, “we knew we had nowhere to run. We were surrounded by Arabs, and there was no way we’d make it all the way to the end of the shuk. If this guy would have stabbed him once more, the officer would have been dead. And then we would clearly be his next targets.”

“The only place to run would be back where we came from,” says Mordechai, “back to the Kosel.”

“We were technically trapped,” concludes Simcha. 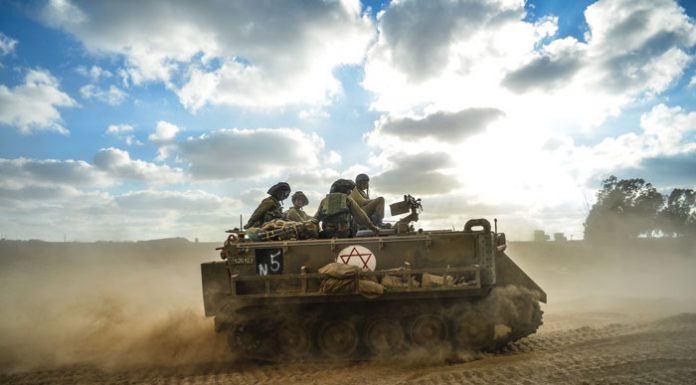 A Man on a Kosher Mission // GE Appliances president and...

Behold The Eyes of Webb // An unprecedented space telescope will...