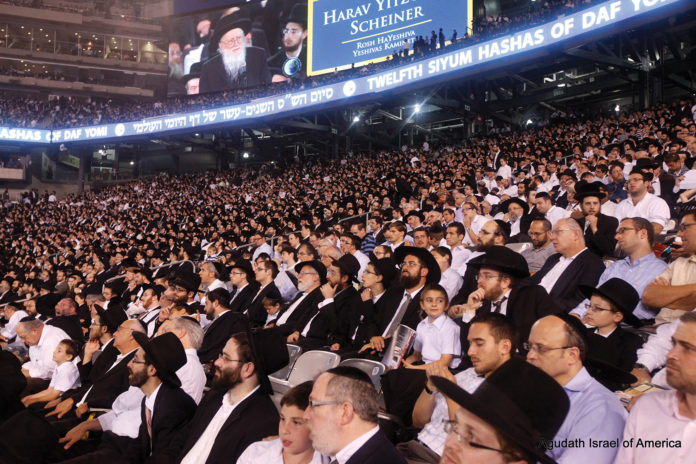 Something about the news reports in the wake of the December 10, 2019 shooting at a kosher grocery in Jersey City store bothered me at the time, but I couldn’t quite put my finger on it. Novelist Dara Horn, in her new collection of essays, “People Love Dead Jews: Reports From a Haunted Present,” fingers it well.

She quotes the Associated Press report, which was picked up by many news outlets: “The slayings happened in a neighborhood where Hasidic families had recently been relocating, amid pushback from some local officials who complained about representatives of the community going door to door, offering to buy homes at Brooklyn prices.”

Ms. Horn wonders why other cases of domestic terrorism, like against black churches or nightclubs, aren’t similarly “contextualized” in an attempt to explain what motivated the murderer. And she muses further that “Like many homeowners, I too have been approached by real estate agents asking me if I wanted to sell my house. I recall saying, no, although I suppose murdering these people would also have made them go away.”

That dagger of a comment is one of many marvelously acerbic observations in Ms. Horn’s book.

Like the observation on the Jersey City massacre, that when it comes to identifiably Jewish Jews, the crime for which they are persecuted, even killed, is the sheer audacity of “Jews, living in a place!”

Or like the story she tells at the book’s beginning, about the Anne Frank museum in Amsterdam, about an employee who donned a yarmulke one day and was told to cover it with a baseball cap. The museum relented after four months’ deliberation, which, Ms. Horn writes, “seems like a rather long time for the Anne Frank House to ponder whether it was a good idea to force a Jew into hiding.”
Zing.

Anne Frank inspires a further observation, about the most famous quote from the young girl’s diary, “I still believe, in spite of everything, that people are truly good at heart.”

Ms. Horn: “It is far more gratifying to believe that an innocent dead girl has offered us grace than to recognize the obvious: Frank wrote about people being ‘truly good at heart’ three weeks before she met people who weren’t.”

The writer journeyed to China, where she visited the Manchurian city of Harbin. Jews once lived there, until they were forced to flee or were killed in the 1930s by the invading Japanese army. Today, in tribute to the Jewish community that once thrived there, Harbin hosts a museum that replicates the once-Jewish part of the town, complete with shuls and stores. The writer’s suggestion for a name for such exhibits about former Jewish dwelling places: “Property Seized from Dead or Expelled Jews.”

The unifying theme of the essays in “People Love Dead Jews”—the author was surprised when her publisher actually accepted her suggestion for a title—is that all the concern and admiration for Jews seemingly reflected in memorials and museums and novels and movies comprises something other than true goodwill toward actual Jews today.

“I had mistaken the enormous public interest in past Jewish suffering for a sign of respect for living Jews.” she writes. But, she says she came to realize, “even in its most apparently benign and civic forms” it is “a profound affront to human dignity.” Focusing on dead Jews, Ms. Horn seems to be saying, avoids having to confront the reality of live ones.

The book’s final essay, unexpectedly and enthrallingly, focuses on the most recent Daf Yomi Siyum HaShas, where more than 90,000 Jews packed MetLife Stadium (and nearly 20,000 at Brooklyn’s Barclays Center, and countless others in locations across the continent and around the world). The essay bears the title “Turning the Page.”

Ms. Horn, who wasn’t raised, and doesn’t consider herself, Orthodox, opts to study Daf Yomi. By doing so, she says, “I turn the page and return, carried by fellow readers living and dead, all turning the pages with me.”

Don’t expect the world to understand, or even care about, us, she seems to be saying to fellow Jews. Just connect with one another, with all of us, and, most importantly, with our mutual spiritual heritage. 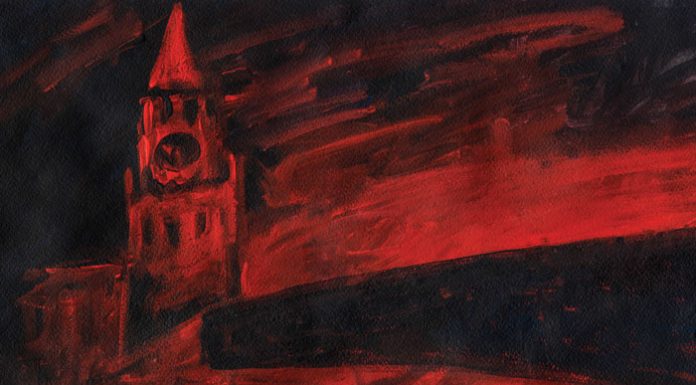 Mueller’s Secret // When will the truth be released to the American people?