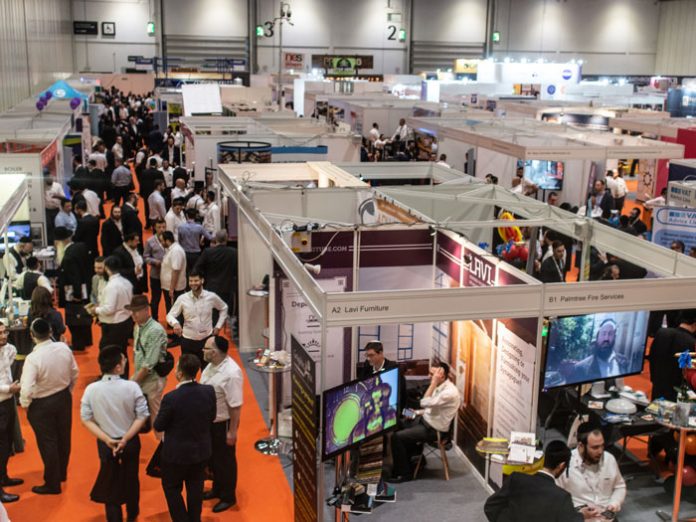 The recent J-Trade business trade show in London was a resounding success. What comes after J-Trade? K-Trade, of course, and this one is expected to sweep the kosher world off its feet.

K-Trade, a kosher food show in London, will be the first such exhibition to be held on European turf. Its founders hope to make London the global headquarters for the Israeli, American and European players in the kosher food industry.

Ari Feferkorn, founder of J-Trade and now K-Trade, is an American transplant to London who has watched the exponential growth of the kosher food industry in his home country. He recalls when he returned home to Monsey from yeshivah in Israel, and there was a new kid on the block—a kosher supermarket with 16 checkout counters, sushi, deli and all. There were many people who said, “Who needs this?” It was foreign, and it was not welcomed with open arms.

The next time Ari returned it was from London, where he moved after his marriage. That first supermarket already had stiff competition, which proved just how much people did want the all-under-one-roof experience, the variety of food, the roomy aisles and the fast checkout.

Ari realized how limited the kosher food market in London is: Why couldn’t the UK have the same kosher shopping experience?

“The recipes in Ami’s weekly magazine look mouth-watering, but our groceries don’t stock some of the important ingredients,” he laments. “Why can’t all this be changed?”

Recipe for Change
On his quest for change, Ari spoke to suppliers to understand why there is such a lack of stock in stores. Upon visiting different kosher shops, he noticed that one wall of shelves was dedicated to ten types of potato chips, twenty types of jellies and thirty types of chocolate. Where was the food?

Take, for example, MSG-free soup mix. Unsuspecting Londoners assume that MSG-free soup mix simply cannot be stocked in their particular grocery. They feed their families the chemical-laden version. If the supplier would be informed of the demand, this essential Shabbos ingredient would make a comeback. But the uneducated consumer doesn’t know to ask.

The national chain non-kosher supermarket stocks a lot of kosher products, certified by KLBD. Again, kosher consumers are hardly familiar or don’t know where and what those products are. Life would be so much more convenient if they would, especially when at work or on vacation.

The same goes for city professionals. They deserve a filling kosher lunch, just as every Jew in Manhattan enjoys. “The people who fill those high-end kosher restaurants sometimes don’t look like Jews,” remarks Ari, “but they’re eating a kosher salt-beef sandwich because they have no excuse not to. I shudder to think how much treif is consumed in the UK by less-affiliated Jews who have no kosher takeout or restaurant in the city. There are thousands of Yidden working in the City of London, but not a single kosher eatery.”

The answer to these dilemmas is awareness. “Today the kosher world is so big, which makes manufacturing and importing much easier. Europe should be on par with New York. The only thing standing in our way is awareness.”

Awareness can also propel business forward. After last year’s inaugural J-Trade, for example, visitors saw the gaps in the market and came away opening new businesses. “It was an eye-opener for them. They saw the vast opportunities in the construction and property industry and ran with it. The same business opportunities are waiting to be picked up in the food industry.”

Ari tells us that the launch of K-Trade is slated for this coming February.

Headquarters in the Middle
Ari sees a geographic benefit to hosting the show in the UK:
“From a strategic standpoint, London is conveniently located between the US and Israel, and can therefore serve as the perfect location for an international kosher expo.”
There’s another reason Ari sees Europe as the place to host a kosher show—why he believes it makes so much sense. As he explains, a vast amount of kosher food is manufactured and supervised on the European side of the pond, with companies in Italy, Germany, Spain and Holland being a Eurostar train ride or short-haul flight away. Company representatives can pop over and return on the same day, which makes a local show too convenient and too good an incentive to dismiss.

When compared with the big players in the food industry—the US and Israel—Europe might be perceived as a minor player, but David Lubelsky, the Belgian-born manager of J-Trade and now K-Trade, dispels that notion with a remarkable observation that actually ranks Europe as a crucial component of the global kosher market. “Every Monday,” he says, “250-300 Yidden from Antwerp go out to work as mashgichim in European factories on behalf of hechsheirim around the world. That’s ten percent of the small Belgian kehillah being fundamentally involved in kosher production!”

Not only that, he continues, but many American brands manufactured in Europe import the finished product to the US and then export it right back to Europe for local distribution. That return trip could be avoided, cutting huge costs for the manufacturer and ultimately benefitting the consumer.

Lubelsky is the son of the proprietor of the Elisha food brand and practically grew up in manufacturing and distribution. While he is new to the food industry, he brings a substantial amount to the table—his father-in-law, Rav Akiva Osher Padwa, as the director of the London Beis Din, spends 80 percent of his time traveling the world on its behalf.

Food for Thought
Admittedly, there are naysayers, as there are with every new project. They want to know why a food show is necessary for manufacturers and distributors when they already have their own built-in clientele.

Ari says he challenged one supplier why he doesn’t supply to a certain kosher European hotel. “Get me in,” he begged. “I sent so many emails, but I never got an answer.”

“Getting in,” Ari explained, is with a face-to-face encounter, which is the purpose of K-Trade. “Emails don’t get answers. A handshake and a pat on the shoulder do.”

Nothing is as powerful as an in-person meeting. The directors of suppliers and manufacturers can go for months, even years, without ever meeting their clients in person, despite their being the foundation of their business. It is understandable; in the UK, a company’s clientele can number well over 200. So they send their salespeople to do the legwork, but with the ever-growing competition, these third-party relationships are superficial and can soon go stale. “Supplier-shop relationships should not be taken for granted. In one shop, you can have ten types of cheeses, ten types of bourekas, ten types of cookies. You want them to choose yours? Give them your time of day.”
K-Trade is an opportunity for all those individuals to finally meet, strike up a relationship, forge new connections or strengthen a stale one.

The K-Trade team is creating a comprehensive global database with everything from kosher hotels to cruises, suppliers to factories, organic companies to dieticians, to reach every contributor of the kosher industry, to ensure a highly-successful, fully-represented event, the first time around. 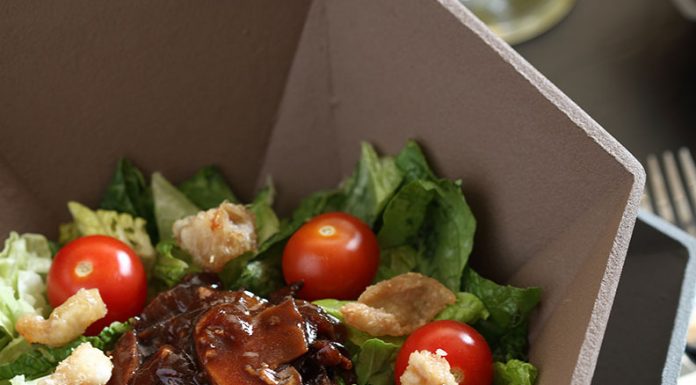