As an energetic and steadfast advocate for the security interests of Israel, Ted Deutch has taken members of his own party to task for their negative comments about the Jewish state. As he is fond of saying, his advocacy for a strong US-Israel relationship stretches back to his youth. Ted, who grew up in the working-class town of Bethlehem, Pennsylvania, spent his summers at the Ramah summer camp in the Poconos and was a student activist in high school and college. Throughout his professional career, he has served in various leadership roles in several local and national Jewish organizations.

Today, he continues to champion Israel’s security during a time of great volatility in the Middle East. I spoke to Mr. Deutch last week.

The Jewish community feels a certain kinship with Republicans because of their stance on Israel and the Middle East. I know you’re one of the most passionate defenders of Israel in the House. What’s your take on the direction your party is taking with regard to Israel?

It has been my experience that the Jewish community is grateful that the support for a strong US-Israel relationship has been bipartisan. This was on full display with the final vote on the Iron Dome funding, when 420 members of the House voted to continue and only nine members voted to discontinue the funding.

During that debate, you were compelled to speak out against members of your own party who have said some very nasty things about Israel. Do you find that there’s a push in that direction you are trying to counter, or do you feel that it’s not a serious threat?

Any time a person with power—the power that comes with serving in elected office—uses that position to speak out against the very easy decision that was before us that day, which was whether or not to support a system that has helped save the lives of tens of thousands of Jewish, Muslim and Christian Israelis from attacks by a terrorist organization, namely Hamas, I think we have to take it seriously. That is why it was so important to speak up on the floor of the House of Representatives, in order to make sure that people understand why it’s so important for us as Americans and particularly as lawmakers to continue to be supportive of Israel. In fact, any time someone tells pernicious lies about our great ally in the Middle East, we need to speak up.

How concerned or frustrated are you on a personal level about the fact that Democrats are speaking in the way you described? They’re very vocal and probably get a lot more media attention than they deserve, which has led to frustration in the Jewish community and among others who are supportive of Israel.

I’m frustrated that so much time is spent talking about a handful of members—and the final vote highlights the fact that they are only a handful—who would vote against funding a lifesaving missile defense to protect Israeli citizens as opposed to the real story that was missed.

When it was announced that the funding was coming out of the spending bill, it was the strong advocacy of pro-Israel members of Congress—both Jewish and non-Jewish—who went to the House leadership and said, “Not only is it wrong for this funding to be taken out of this bill, but there needs to be a vote on it before the end of the week, to which leadership must commit before we move forward.” Instead of focusing on why the decision was made to pull it out and how a small handful of members have the power to do that, the real story we should be proud of is being ignored, which is that of pro-Israel Democrats standing up and saying, “No, we will have a vote on Iron Dome, and it must take place this week.”

When both of us were growing up, most people in the Jewish community were Democrats, primarily because the party was very supportive of the State of Israel. Do you think that has shifted?

Most people understand that Israel is strongest when neither party attempts to use support for Israel for political gain. The number of people who came up to me after the debate to thank me for ensuring that the House was going to be able to have this vote, both Democrats and Republicans, shows an awful lot about bipartisan support for Israel. There may be some differences of opinion on how people have come to this support—whether they’re supporting their constituents, truly understand the importance of Israel on a religious level, or comprehend that when we have an ally with the shared values that Israel represents it’s in our national interest to support that ally—the support is real, deep and broad.

Despite the efforts of those who tirelessly try to sow discord?

To those who do, I can only point to the 420 members who voted for this funding. The fact that support for Israel, as represented by the memorandum of understanding that was negotiated between President Obama and Prime Minister Netanyahu and was put into statute by a piece of legislation I’m proud to have written and passed nearly unanimously, really proves it. We are always going to oppose those whose positions aren’t based on the reality of what’s happening in Israel and the US, and the strong support we’ve seen is evidence that people continue to understand why support for Israel is so crucial.

By the way, we are having this conversation at a time when the funding for the replenishment of Iron Dome after it was used so successfully against the over 4,000 rockets fired on Israel by Hamas is being held up by a single Republican senator. Hopefully, by the time this article is printed that senator will have relented, and if not, I hope we’ll spend as much time asking how it is that one Republican senator hates Israel so much that he won’t allow this lifesaving system to be replenished. 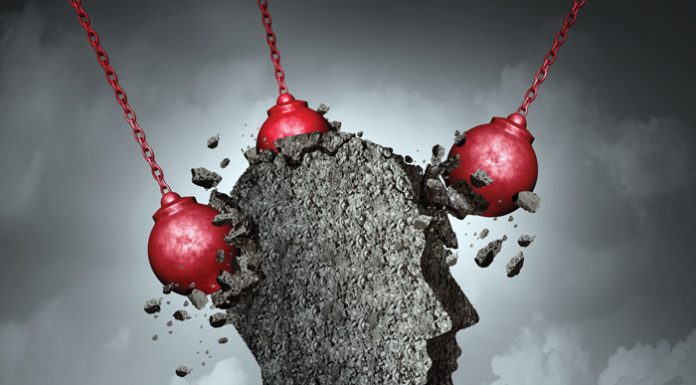 Are We Safe At Shul? // An American Jewish Organization Fills The Gaps In Communal Security

The Survivor and the Judge// The incredible story of Reb...