In northeastern Paris is the small, quiet neighborhood of Belleville, adjacent to the city’s bustling 11th arrondissement, not too far from the old Jewish center of the city known as the Pletzl. Sarah Halimi, a woman in her sixties, lived in Belleville on the third floor of a high-rise apartment building.

For 30 years she and her family had lived there, undisturbed and unconcerned. Then the neighborhood changed into a “no-entry” zone full of Muslims. The discomfort and threats from their neighbors grew, and the Jews left. Sarah Halimi was the only Jewish woman remaining in her building until she was brutally murdered.

Dr. Sarah Halimi was a doctor by profession, but she chose to be a healer of souls.
“My mother, may her blood be avenged, grew up in a traditional family in Paris,” says her son Rabbi Yonatan Halimi, who lives in Eretz Yisrael. “She studied medicine for seven years and was a family practitioner. During her studies, she gravitated toward Yiddishkeit. After becoming religious, she met my father, who was a psychologist. They were married by Rav Chaim Yaakov Rottenberg, zt”l, a founder of the chareidi community in Paris.”

The young couple became very involved in the frum community. It was small at the time, and they dedicated themselves to helping build it.

They also tirelessly invested in the education of their children.

“We all received a chareidi education as children,” says Rabbi Yonatan. “When my two sisters were older, they attended seminary in Gateshead and Manchester. I was sent to study in a yeshivah in Israel. It wasn’t easy for my parents—especially my mother—to send me so far away, but everything they did was for the sake of Torah.”
For Sarah Halimi, Torah came before everything else.

Teacher of Children
“At some point,” Rabbi Yonatan continues, “my mother felt that the medical profession didn’t really suit her; as a frum female physician, she didn’t feel very comfortable dealing with patients, and she decided to enter the field of education. At that time the community was looking for someone to run the kindergarten.”

Since the preschool received full government funding, its director had to have an academic diploma. A medical degree fulfilled the requirement, and Dr. Halimi accepted the position. She was a wonderful teacher, and the chareidi kindergarten was so successful that it became famous across Paris. Even nonreligious parents wanted their children to attend the school run by Sarah Halimi.

“This wasn’t just a job to her, where she clocked in and clocked out and went on with her day,” says her son. “For her it was a calling, a way to bring her charges and her fellow Jews closer to Judaism, not only because she was a supreme educator but by the sheer force of her character. Children learned their love of Torah and love of Hashem from her. The parents were so impressed by her integrity that they, too, were drawn to frumkeit.”
An incident involving one of the teacher’s assistants demonstrates Sarah Halimi’s character and priorities. This assistant had received a high salary even though she did not have a professional degree, and she went to speak to Dr. Halimi.

“There must be some mistake,” she said.

Dr. Halimi said to her, “You teach the children with love—love for them and love for Torah—and that is worth more than any certificate.”

“Though she had changed career paths,” Rabbi Yonatan says, “my mother’s years of medical training didn’t go to waste. When members of the community needed a medical question answered or a prescription written, Dr. Sarah Halimi was their address. She gladly offered her services free of charge, saying it was a pity for people to spend hours waiting in a doctor’s office just for a prescription. “

When Sarah Halimi retired from her job at the school, she thought about leaving Paris and making aliyah. 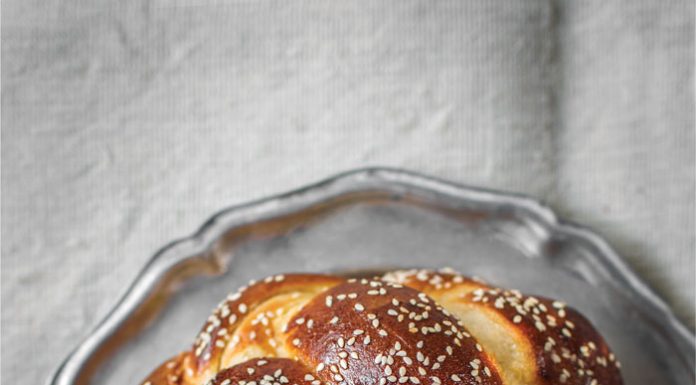 Stretches // My daughter and I are on the same...