My first name, Pessy, has always been a source of pride to me. I’m named after my grandmother, a pious and righteous woman with whom I feel a very deep and special bond. Growing up, I was told numerous stories attesting to her greatness of spirit, which fostered a unique connection as her namesake.

My grandmother is buried in Kashau, and for years I longed to visit her grave with my children and grandchildren. My dream was to have a minyan of my own offspring say Kaddish and recite Tehillim at my beloved Bubby’s kever.

But alas, it wasn’t meant to be. For years, there was always one reason or another why the entire family couldn’t travel together. Each time we tried to organize a trip, it somehow fell through.

Five years ago, it seemed as if the long-awaited pilgrimage would actually come to pass. I had finally realized that if I waited for all the menfolk to come along I might have to wait forever, so I decided to travel with whomever was available at the time.

I would be traveling with four of my married sons and one brother. I was bothered that we wouldn’t have that coveted minyan, but I was nonetheless grateful for the opportunity. In the back of my mind, I secretly harbored a dream that we would find another five Yidden to complete a minyan. I knew that it was totally farfetched, as there aren’t any frum Jews in Kashau nowadays, but one can only dream.

The first stop on our journey was Kerestir, where we headed to Reb Shayale’s kever and spent some time in heartfelt prayer. As we were leaving on a spiritual high, my son commented, “You know, Mommy, that just as Hashem sends droves of people to Kerestir, He can just as easily send a minyan to Kashau.”

I smiled skeptically. I appreciated his efforts to make me feel better, but how could he compare Kerestir, where there were constant visitors coming to Reb Shayale’s tziyun, to Kashau?

After checking into our hotel in Kashau, I took my family to see my zeidy’s shul and the adjoining sukkah, which, remarkably, is still standing. As a side note, the shul was recently renovated and is in operation on Yom Tov. As we were standing and gazing at our family’s shul from a bygone era, a couple crossed the street to greet us. “Shalom!” said the man, whom I would never have thought was Jewish.

His wife seemed very friendly and had a ready smile. She introduced herself and gave us some background. “We are Israelis who are studying at a nearby medical school. It’s an excellent school that attracts a lot of Israelis, especially because of its reasonable tuition. There are currently some 50 Israelis living here while pursuing their studies.”

The man, who told us his name was Yoav, graciously offered to assist us with anything we needed. We had no idea of their level of observance and therefore hesitated to ask for anything, because we didn’t know what they could provide. After several minutes of conversation, we learned that there wasn’t any kosher food in the area, and the students who kept kosher brought their own food from Israel.

We soon parted from the couple, who went off to study for a big exam the following day. They had dropped their baby off with a babysitter and were going somewhere quiet so they could concentrate. We bade them farewell and wished them good luck, warmed by our encounter with fellow Jews.

A little while later we headed back to our hotel, exhausted from our sightseeing tour and ready to crash so we could get an early start the next day. We would be heading to the beis hachayim before six a.m., after which we would go straight to the airport. Our trip was short and intense, and every minute was precious.
Entering the hotel, we had a pleasant surprise waiting for us. Sitting in the lobby were Yoav and his wife, engaged in study for their big test. This was the quiet place they had chosen. Yoav asked us again if they could be of help to us in any way. “Maybe I can arrange a minyan for morning prayers tomorrow?” he offered.
My son thanked him but declined. We would be leaving very early in the morning, too early to expect him to ask his friends if they could join a minyan. 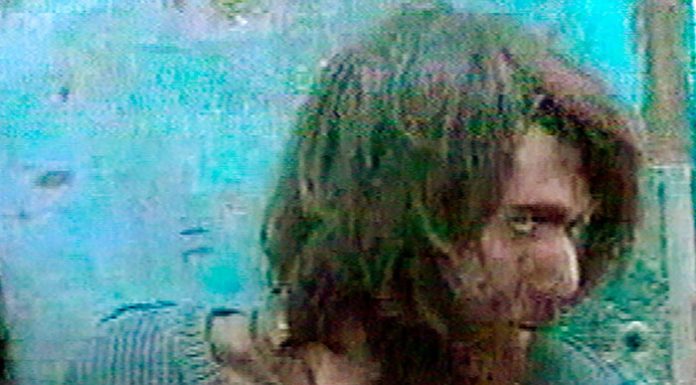 With the Program // Ola Sergatchov is one of Israel’s top...